Claremorris Musical Society back working 9 to 5!

The hard working members of award winning group, Claremorris Musical Society are back doing what they do best as they prepare to take to the stage with their 16th production, the hilarious “9 to 5 The Musical”! 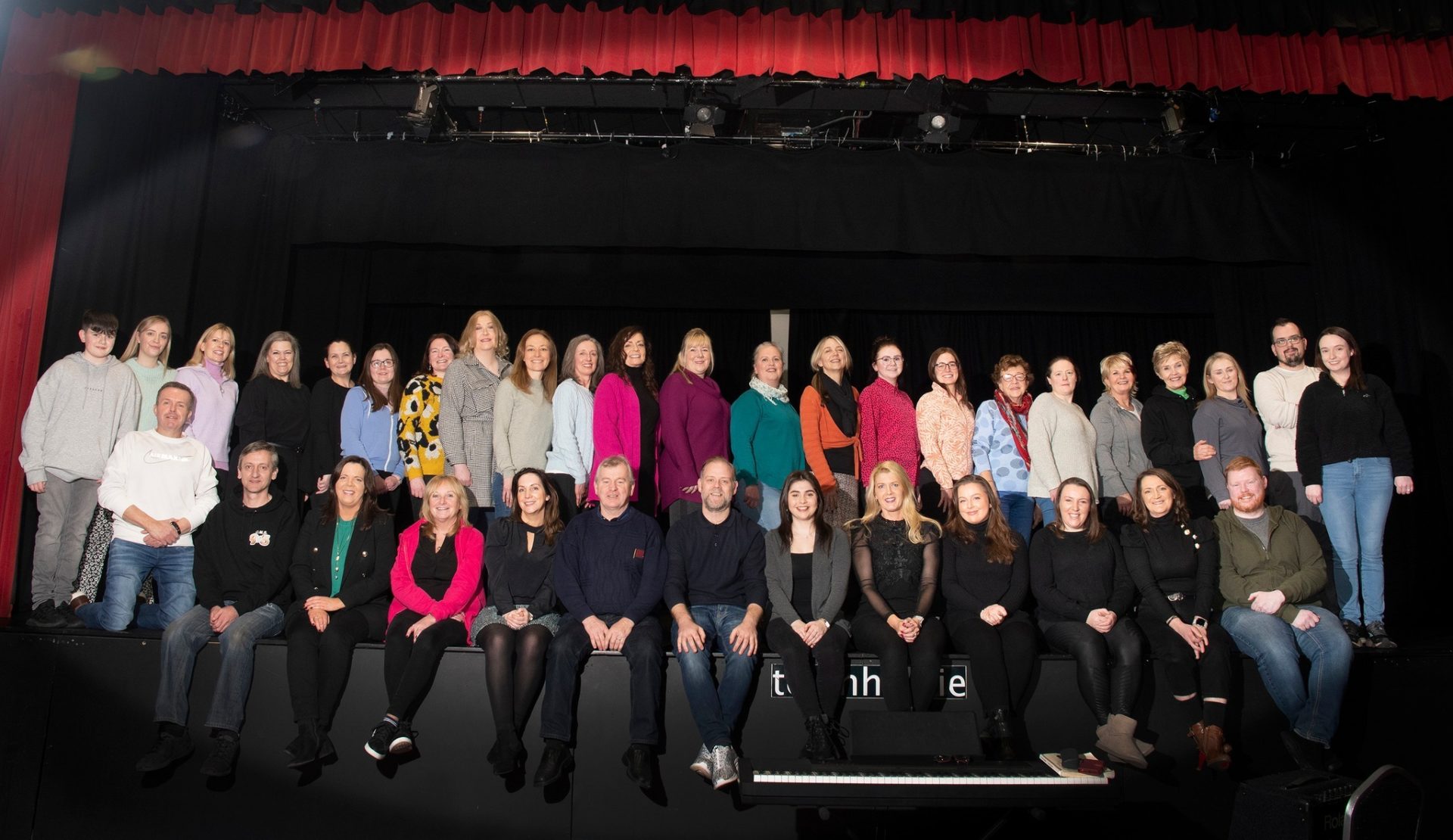 The cast and crew are thrilled to be back in action again having filled Claremorris Town Hall Theatre for four nights last May with a sell-out run of the fabulous ‘Sister Act’.  This show brought them enormous notoriety, receiving three nominations and two wins in the prestigious Association of Irish Musical Society (A.I.M.S) Awards in June for Best Female Singer (Marilyn Bane), Best Female Actress in a Supporting Role (Vivienne Lee), Best Male Actor in a Supporting Role (Joff Manning).

Coming back with another upbeat, feel good show like “9 to 5” was very important to the society’s Committee and Production Team who really feel that a fun, enjoyable, uplifting night of theatre is definitely what people want! With that in mind the show selection process began way back in July/August. The show choice announcement of “9 to 5” was made in September and the team were absolutely delighted with the level of interest and enthusiasm shown by current members and also the number of new faces joining the society this year.

With a cast of over 40 adults, the Production Team of Donna Ruane, Director, Deirdre Lee, Musical Director and Claudia O’Sullivan, Choregrapher, have been busy putting the cast through their paces to ensure a top class show that is, as always, to an extremely high standard.

The cast include some well know C.M.S. stalwarts and also some new faces!  The show tells the story of 3 women, the smart, efficient Violet Newstead (Vivienne Lee), the sweet and sexy Doralee Rhodes (Elizabeth Murphy) and the young and innocent  Judy Bernley (Nicole Scott) who are pushed to boiling point by their sexist, chauvinistic boss Franklin Hart Jnr (David Alexander) aided by his assistant Roz Keith (Maria McNulty).  Having concocted a hilarious plan to kidnap and turn the tables on their despicable boss, will the ladies ‘shine like the sun’ and manage to reform their office – or will events unravel when the CEO pays a visit?! Other principal roles will be played by, Mike Flaherty, Mervyn Fahy, Gerard Scott, Josie Gallagher, June Allison Keane, Emma Gallagher, Gearóid Herraghty and Paddy O’Brien. Stage Manager is Dave Keane.

With music composed by the legendary singer/songwriter Dolly Parton, “9 to 5” deals with several important social issues relevant to today’s society but in a fun filled, toe tapping way that ensures a wonderful night’s entertainment!

As always, CMS would like to thank the local business community, restaurants, hotels, clubs and politicians who have continued to support CMS down through the years.  CMS is extremely grateful for this funding and sponsorship – without which, they simply would not be where they are today.   They would also like to thank all those who volunteer backstage and front of house. This help is essential to the smooth running of the show.

Claremorris Musical Society takes to the stage in Claremorris Town Hall Theatre with “9 to 5 The Musical” from Wednesday, February 1st to Sunday, February 5th at 8 pm nightly.  Tickets cost €22.50 (incl. booking fee) for adults and €18.50 for children with a special ‘Opening Night’ offer of all tickets for €18.50.

Tickets are available online at www.townhall.ie or by calling the Town Hall Box Office on (094) 9310999