There is sadness this week as a ship well-known in the West of Ireland has started to sink. 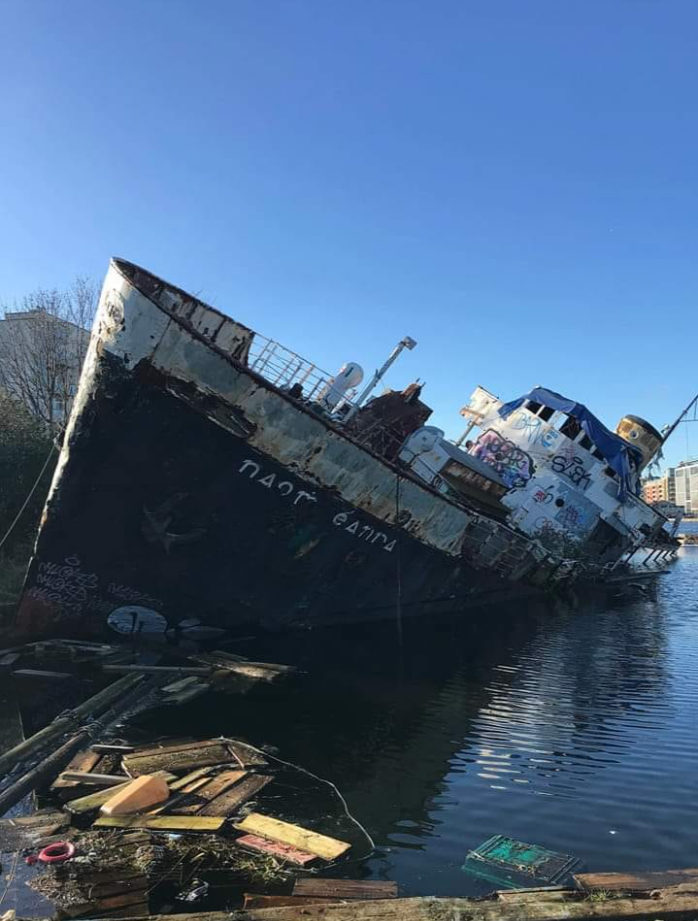 There is sadness this week as a ship well-known in the West of Ireland has started to sink.

The MV Naomh Éanna was the important link to the mainland for Inis Mór, Inis Meáin and Inis Oírr which make up the Aran Islands.

The ship was built in the Liffey Dockyard, Dublin from 1956 to 1958. She was the last riveted built ship in not only Ireland but it is believed Europe. The ship completed 30 long years of loyal service to these three islands, to and from Galway Bay through one of the roughest seas in the world, until she retired and returned to Dublin in 1988.

After a long and difficult battle and campaign by many people the ship was saved from the immediate threat of being broken up and sold by Waterways Ireland for scrap metal in 2014, and many proposals to restore the ship did not come to fruition.

The ship began to capsize in the Grand Canal Docks due to its deteriorated state.

“In no doubt not only did she help the survival of these wonderful isolated communities of the sea and their unique and important part of Irelands culture and heritage but most importantly help assist the survival of the Irish (Gaeilge) language during years when it could have so easily been lost and forgotten forever.

“After a long and difficult battle and campaign by many people the ship was saved from the immediate threat of being broken up and sold by Waterways Ireland for scrap metal in 2014, and it was hoped the ship would be restored as a jewel of Ireland’s Maritime history and used as a museum in Galway, but sadly since, the various business plans that were discussed failed to come to fruition and she was never offered any help or support with the various heritage grants by the powers that be in Ireland today.

“Time and tide waits for no man and alas it has taken its toll on our beloved ship. We expect the end is nigh for her and so another part of Ireland’s wonderful and unique maritime history will be lost and resigned to our history books.

Click to watch a short film of this historic Irish ship in action shot on Inis Meáin on the Aran Islands in the 1970s.