Teacher Enoch Burke showed up at Wilson’s Hospital School this morning despite being dismissed from his position there last week. 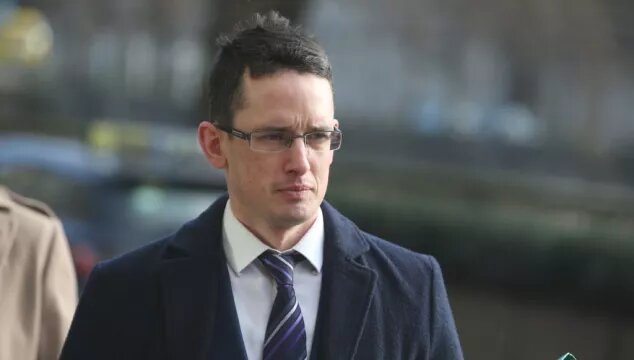 According to The Irish Times, Mr Burke was dropped off at the school near Multyfarnham in Co Westmeath shortly after 8.30am this morning by his father Seán. A case related to his dispute with the school is due to resume in the High Court on Tuesday.

The Castlebar native was informed of his dismissal late last week following a chaotic disciplinary hearing held at a hotel in Mullingar last week. Under school disciplinary procedures, he is entitled to appeal the outcome within 10 working days.

Mr Burke failed in his attempts to get a High Court injunction to prevent the hearing from taking place. He argued that the disciplinary process “has gone irredeemably wrong”. He has been suspended and was on paid administrative leave pending the process, initiated on foot of a report prepared last August by the then principal of the school, Niamh McShane.

It concerned Mr Burke’s emailed objection to a direction last May to teachers to address a transitioning student by their chosen name and using the pronouns “they/them” and his publicly voiced opposition to that direction at a school event last June. He alleges such a direction is a breach of his religious beliefs.

Mr Burke was jailed for contempt of court orders in early September because he continued to attend the school despite there being court orders restraining him from doing so. He was released on an open-ended basis on December 21st last, after 108 days, without having purged his contempt.

After he again attended the school on January 5th following the Christmas holidays, the school applied for orders imposing fines on Mr Burke or temporarily detaining his assets. That application, which Mr Burke strongly opposed, will be ruled on later.