No fewer than three former Mayo footballers have been confirmed as GAA pundits for RTÉ Sport’s coverage of the 2023 season.

Unveiling the line-up today, RTÉ has also announced Jacqui Hurley as the new presenter of The Sunday Game highlights show.

Hurley will replace Des Cahill in the chair, with Damian Lawlor hosting the new weekend offering, bringing all of the action and analysis from The Saturday Game to viewers at home on RTÉ2 and RTÉ Player.

Joanne Cantwell will continue to present The Saturday Game Live and The Sunday Game Live. 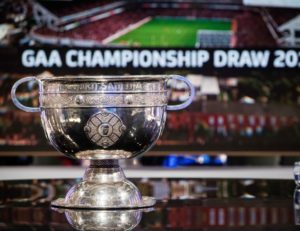 Newly retired Mayo footballer Lee Keegan is among a number of new, fresh voices who will be joining RTÉ Sport’s panel of GAA experts, with Keegan ready to sit alongside the likes of Tyrone legend Peter Canavan, Dublin’s four-time All-Star Paul Flynn, the all-time leading scorer in the Allianz League, David Tubridy of Clare, as well as Tyrone’s Enda McGinley and Kerry’s Tomás Ó’Sé, who returns to the fold.

Hurling fans will be excited to learn that Galway’s Joe Canning is also to become an RTÉ Sport pundit.

The newcomers will be joining a line-up of ongoing RTÉ Gaelic Games panellists for the duration of the GAA Championship season, including ex-Mayo attackers John Casey and Cora Staunton. They’ll provide football analysis in the company of the likes of Sligo’s Eamon O’Hara and Colm Gooch Cooper, Sean Cavanagh, Eamonn Fitzmaurice and Ciaran Whelan among others.