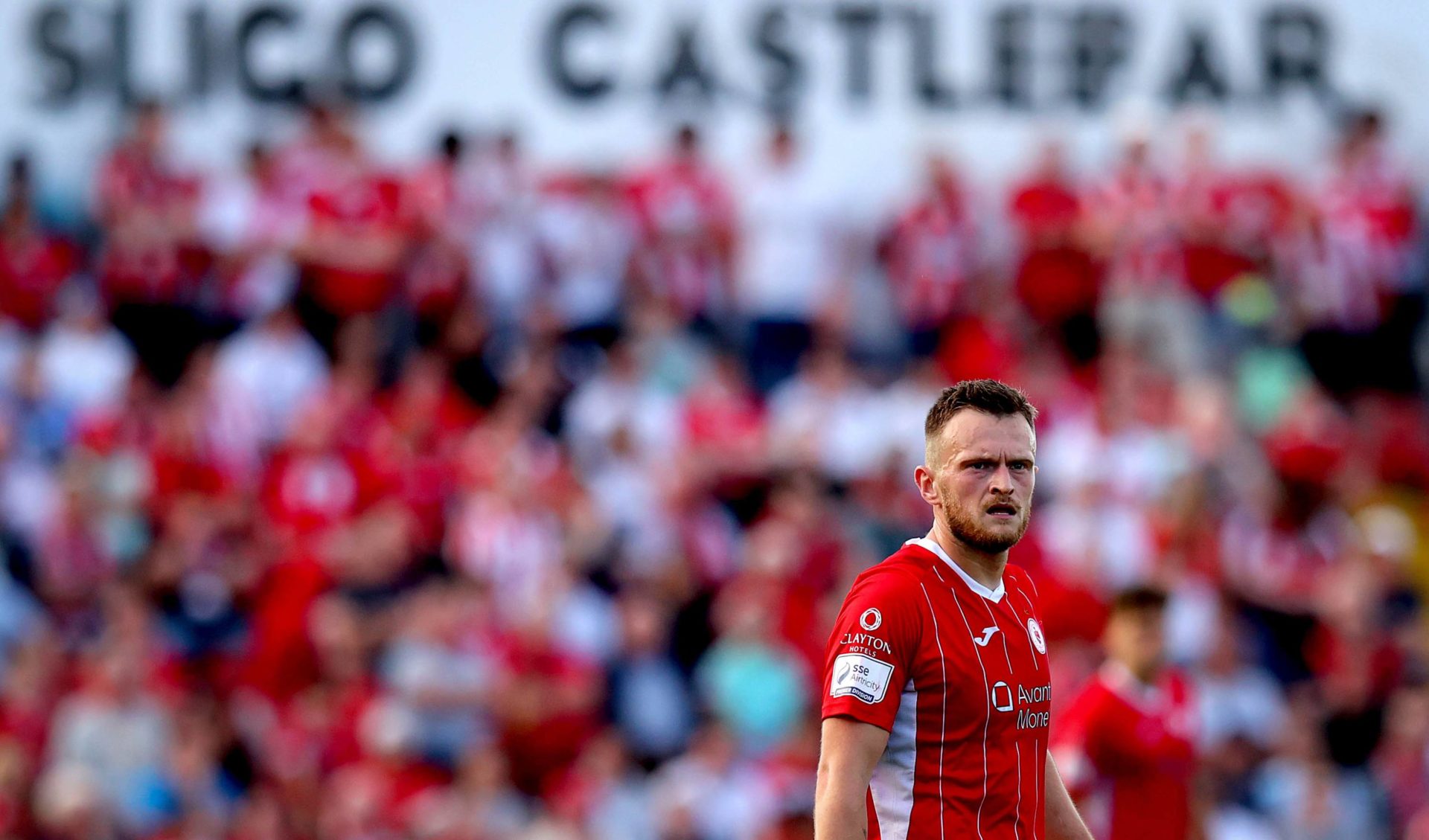 Ballina man David Cawley has achieved legendary status at the Showgrounds through his unstinting commitment to Sligo Rovers, for whom he has re-signed for a tenth season. Picture: INPHO/Ryan Byrne

Amid the flurry of announcements of new signings and players leaving, Sligo Rovers stalwart David Cawley signed a new deal for the 2023 season which will see him mark a decade of service to the club, for whom he already made over 250 appearances and scored 25 goals. Cawley was delighted to get a new contract finalised quickly at the close of last season and to have any uncertainty for him and his young family removed so that he can get set for another season at the Showgrounds.

“Yeah, it’s great to have it all sorted. I suppose I had always thought that it would get done after the season had ended but that isn’t always the case. In the end it was all very straightforward, when John (Russell) said to me that he would like me to stay on, that was it for me and I was happy to sign.

“Look, you think about what might happen if you weren’t offered a new deal and do worry that the offer of a new contract mightn’t always be there but it is getting better now in that the club and the manager let you know very early if they do or don’t want you to sign on for another season,” explains Cawley, who says that looking back over the years, that wasn’t always the case.

“You could be well into mid-December not knowing if you would be offered a new deal or not. But it has all changed now and once the season ends the club lets you know either way where you stand.”

Sligo Rovers are already well advanced in their preparations for next season. The players were brought in for testing in late November, given their gym programmes for the off-season and were back on the pitch weeks before Christmas.

“I’ve known John a long time and know how professional he is and knew that he would bring that approach to the manager’s job. We have a new fitness coach who is younger than me and he is onto us every day through phone calls and WhatsApp and checking how we are doing,” says Cawley, whose personal programme is somewhat different in that he has been recovering from keyhole hip surgery he underwent towards the end of last season. He’s working now on building the muscle back up and getting ready for the new season.

“I had to have some excess bone trimmed. It had been affecting my kicking muscles and leading to me getting tears in my quad which would put me out of action for up to a month or so. The recovery period is six weeks and then it is a case of gradually building the muscle back up and getting ready for pre-season.

“A few things have to be tweaked but it is brilliant as I feel that the off-season can be as important as pre-season. Even when you are not training you still have to be looking to improve.”

The Ballina native has effectively grown up in the Showgrounds, starting off with the club when he was just 19 after four years spent progressing through the youth ranks at Ipswich Town. It has become his home away from home. 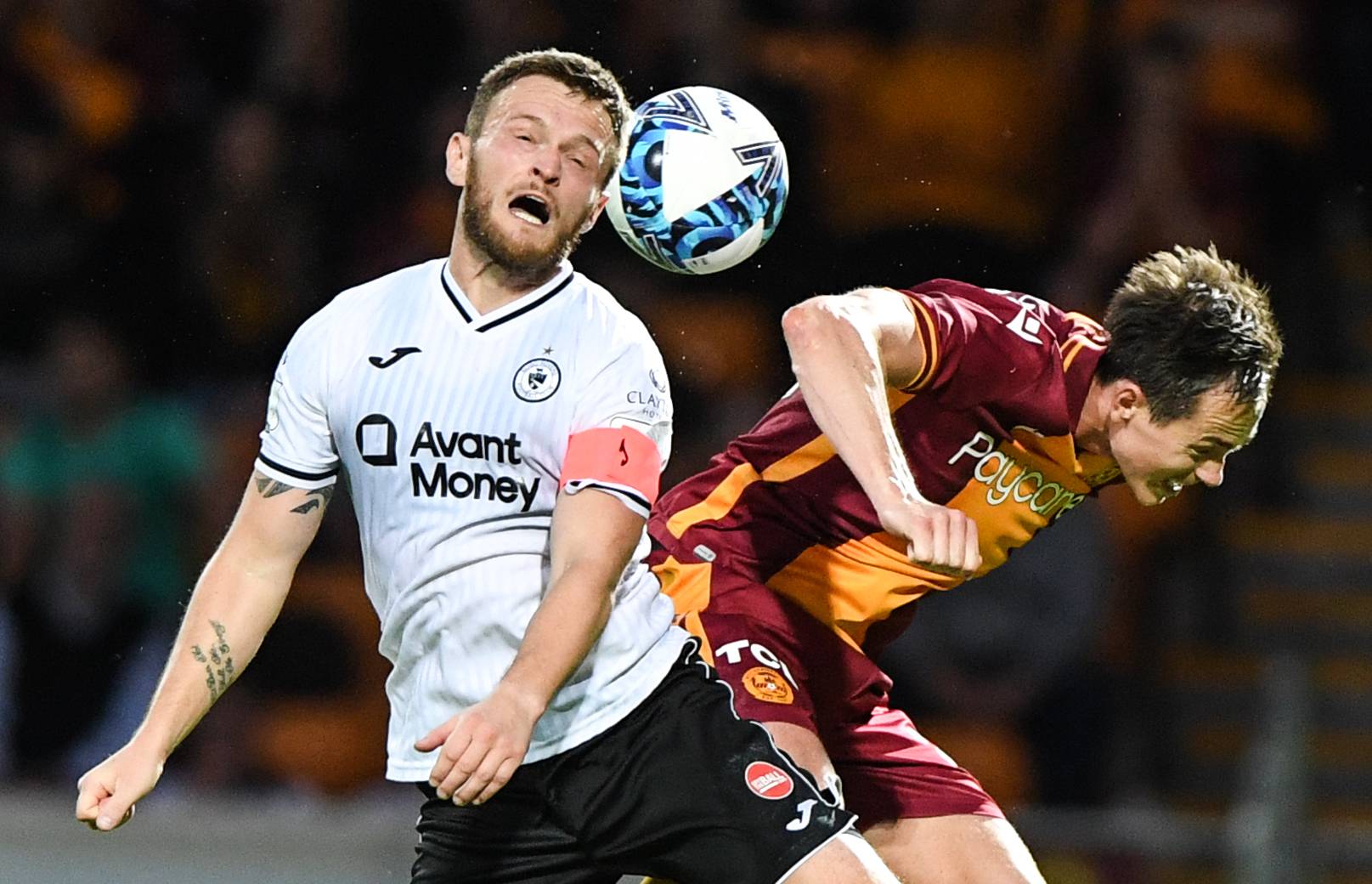 “The years have flown by, I feel like I have grown up as a person in the club. I was a young kid when I signed, myself and Lauren were only young kids and we have had all our kids while I have been with the club so it does feel like home anyways. I have been enjoying every minute I have played for the club and have been lucky to have won everything, but I want to get back to winning major honours again.”

Before last season Cawley had spoken of his desire to help the club achieve a good run in Europe and that certainly happened with victories over Bala Town and Motherwell, with the Mayo man captaining the side in that famous 1-0 win over the Scottish outfit at Fir Park. Those are memories that he will always take with him.

“Did I mention that? Funny how that worked out as it was brilliant, nearly unbelievable, and runs like that don’t come around too often in Europe.

“When the draw is made for the first round of these competitions you may never have heard of the team you will be playing and we have struggled at that stage over the years.

“Then you have ties like the Rosenborg one where we did so well to go and win away but were then beaten at home and went out. You do look back at games like that and think of what should have been.

“This year we did very well going away to Bala and winning and then like as happened against Rosenborg, we nearly went out. Bala were better than us in the game in the Showgrounds and we should have lost but ended up going through on penalties. Our penalties were very good on the night and I think the home crowd got on top of them. The Motherwell games then were brilliant. When we went over there you nearly felt like they thought it was a soft draw for them and that they would have a handy time of it but it didn’t work out like that.

“We were brilliant in that game in Fir Park and Aidan Keena scored an unbelievable goal taking advantage of a mistake from their centre-half. They wouldn’t have known a lot about him before that game but sure did after it. When it came to the home leg then the build-up reminded me of when we played St Pat’s in 2012 in what was the decider for the league title. It felt like the biggest game since then as well. Occasions like that don’t happen too often and when they do you have to make the most of all of them.”