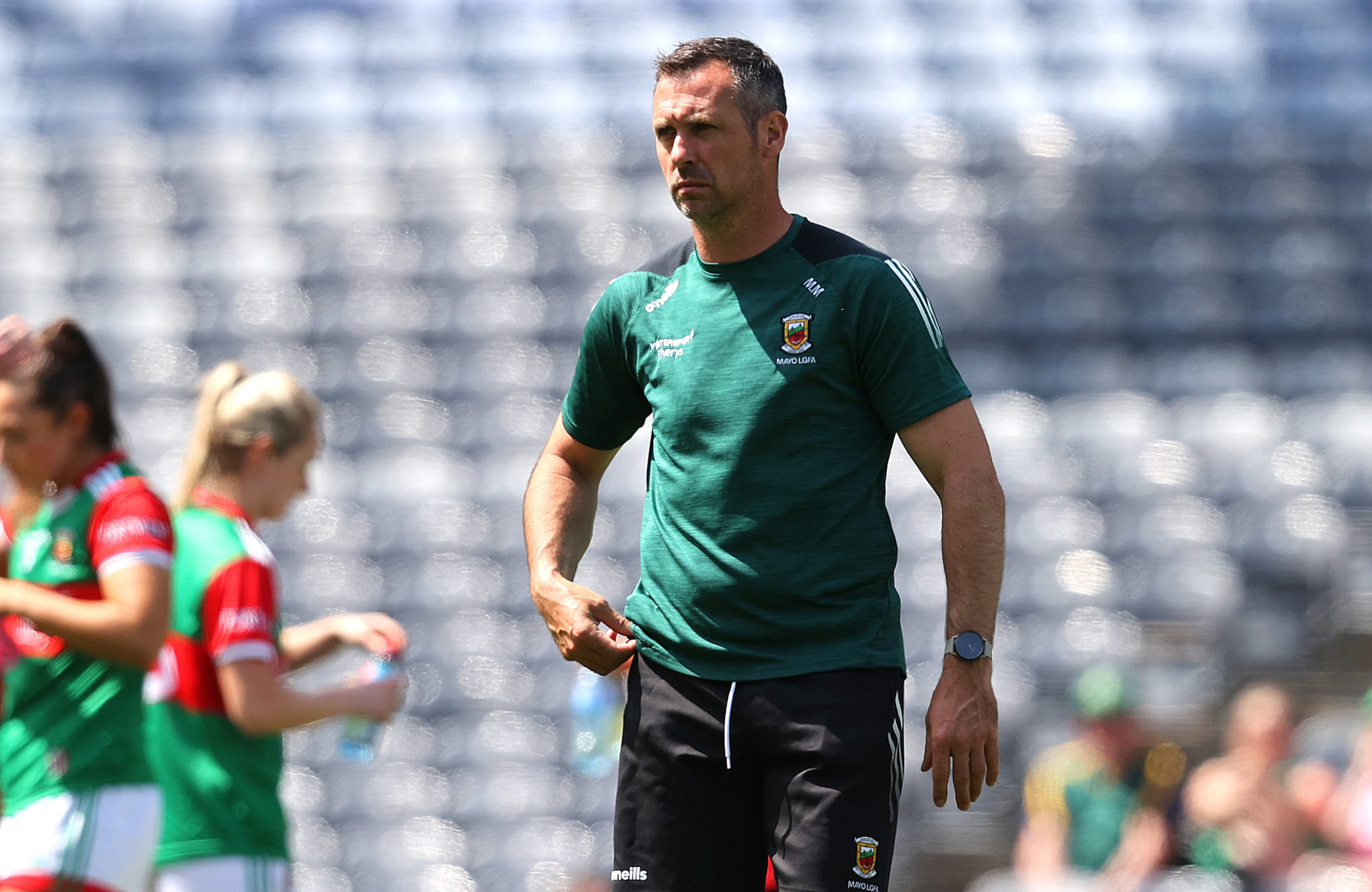 Michael Moyles’ third season as Mayo ladies manager begins with the visit of Cork to the Centre of Excellence in Round 1 of the National League on Sunday. Picture: INPHO/Bryan Keane

The Mayo ladies panel has been bolstered by the return of some big names ahead of the start of their 2023 season this weekend.

Former captain Sarah Tierney, Deirdre Doherty and Rachel Kearns have all returned to the squad for 2023, expanding the options available to manager Michael Moyles in what will be his third season at the helm.

Mayo begin their league campaign with back-to-back home games over the next two weekends, against Cork this Sunday and Kerry on Saturday, January 28, both of which will be played at the Connacht GAA Centre of Excellence. There follows three consecutive away games, against Waterford (on February 5), Meath (February 19) and Dublin (February 26) before a home game against Galway on March 19 and a Round 7 trip to face Donegal on March 26.

The LGFA National Leagues will return to their pre-Covid format this year with divisions of eight teams, rather than each division being split into two four-team groups, as was the case in 2021 and 2022.

The reversion to the old format guarantees at least seven competitive games for each team in Divisions 1, 2 and 3 (Division 4 is persisting with two sub-divisions). The top two teams in Division 1 at the end of the round-robin will contest the league final, which is fixed for Croke Park on April 15.

“It suits the counties with bigger panels, really,” said Moyles on the return to the eight-team format.

“For game-time for girls, it’s brilliant. On financial constraints, not so much. We’re going down to Waterford on the Bank Holiday weekend. Trying to go down and up on the same day is tough, so we have to stay down there, so a lot of your budget is gone towards an overnight. Those things are difficult.”

Mayo reached the semi-finals of last year’s National League, where they were beaten by the eventual league and All-Ireland champions Meath. But with several teams at a broadly similar level hoping to compete for honours in the ladies game this year, Moyles is anticipating a fierce level of competition.

“It’s going to be a tough, tough league,” he stated. “We have Waterford away; Waterford are very tough team to play down there. Then you’re looking at your three other semi-finalists (from the 2022 championship) in Kerry, Meath and Donegal. And apart from that you have Dublin, Cork and Galway.

“In days gone by, there was probably a team where you’d say: ‘we might be okay there’. But it’s at the stage now where every game is going to be close to championship level. That’ll ask us a lot of questions anyway.”

Mayo have struggled over the last couple of seasons with a very high level of turnover in the playing panel year-on-year, but that has been less of an issue this time around. A handful of players have departed the panel for educational or personal reasons but over 90 percent of last year’s squad have come back, with a number of key players who missed the 2022 season through injury— such as Clodagh McManamon and Ella Brennan — also fit and available.

Mayo do have a few injury concerns at the outset of the league campaign; Saoirse Lally hasn’t quite recovered from the shoulder injury she picked up in last year’s championship, while Sinead Walsh and Sarah Mulvihill also won’t be fit for the start of the campaign, although all three are expected to filter back over the course of the league.

A number of younger players, including Ciara Durkin and Emily Reape from Knockmore, Maria Cannon from Burrishoole and Saoirse Delaney from Aghamore, have also joined up with the senior panel.

The big-name additions are certainly Kearns, Doherty and Tierney though. McHale Rovers star Kearns, who is still contracted to Geelong, is available for the league due to ongoing uncertainty over a start date for the 2023 AFLW season.

Doherty re-joins the county squad on the back of a stellar campaign for Charlestown in their Connacht club IFC success, although her re-integration will be carefully managed — “we will be minding her to get her to a place where she’s fit enough to play inter-county,” said Moyles.

And Garrymore defender Tierney, who captained Mayo to their last All-Ireland final appearance in 2017 before leaving the panel in the split the following year, has also re-joined for 2023. 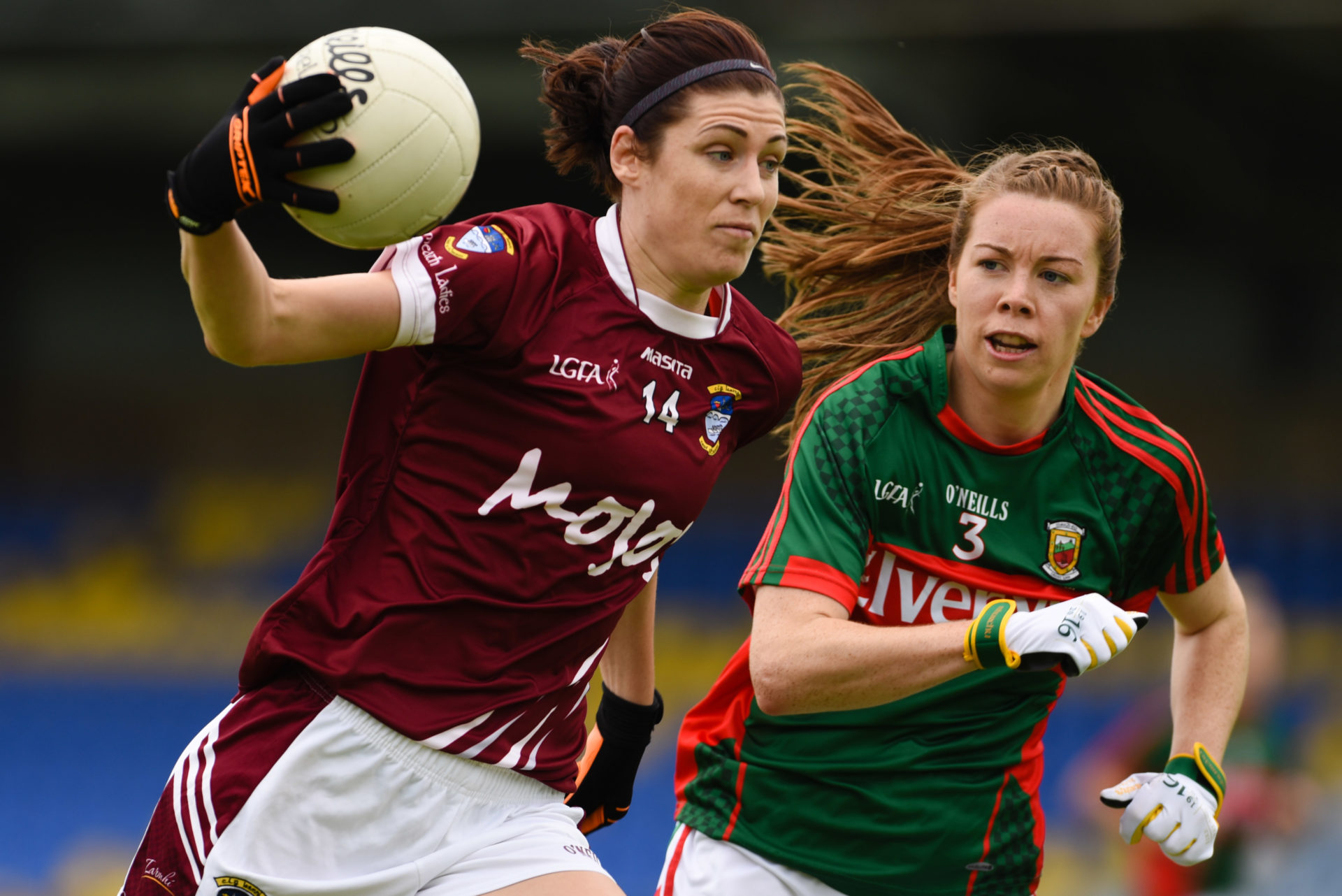 Former captain Sarah Tierney, who last played for Mayo in 2018, has re-joined the panel ahead of the start of this year’s league campaign. Picture: INPHO/Tom Beary

“Sarah is big addition,” said Moyles. “We’ve been in contact with her over the last eight or nine months. She’s moved home from Australia and she’s come back into the panel.

“She hasn’t put a foot wrong. Sarah is Sarah, she’s put her heart and soul into it. She’s massive around the dressing-room.

“We don’t make any big fuss about anyone coming back, or anyone leaving. We’re Mayo and the panel will be the panel. It’s just about taking the lessons from the last two years, and pushing on.”

Moyles said Mayo have set themselves the base target of winning their three home games in this year’s league, beginning with Cork and Kerry in the first two rounds. In the broader scheme, he wants to bring the team up to the next rung of the ladder, to reach and win national finals.

“We have to change certain things a small bit, because semi-finals are fine, but that’s not what we’re there for. We’ve made it to two league semi-finals and two All-Ireland semi-finals in-a-row. But if we continue doing what we’ve been doing, that’s the level we’re going to stay at. We need to change things up,” he stated.

“That can take time, and during the league there might be a bit of frustration, but that doesn’t mean we throw it out the window. The long-term goal here is to win the Connacht title back, and to win an All-Ireland. That’s what we’re here for.

“We want to develop ourselves and how we play as a team. We’ve been lucky this year that there’s a consistency in the panel; now it’s about pushing it on and developing something more substantial.”