Late Late Lee explains why the time was right

Retiring with every honour except an All-Ireland SFC winner’s medal – having lost six finals – carries no regret for Lee Keegan who was the opening guest on RTE’s Late Late Show on Friday night.

Keegan, who confirmed his retirement from inter-county football last Monday week, made his debut with the Mayo senior football team in 2011 and after ending his career as a five-time All-Star has been widely feted as one of the greatest players of the modern era. 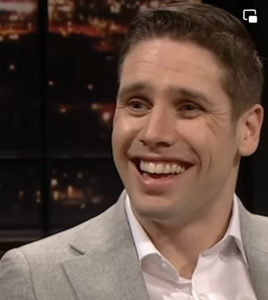 “I’m just very content with the work I did with Mayo over the years. I had twelve brilliant seasons. The elusive All-Ireland… that’s part of sport, you don’t always get the Cinderella stories,” the Westport man told host Ryan Tubridy.

“It was probably a bit more high profile for Mayo because of the story in the background, the near misses and bits like that,” admitted Keegan who explained the reason why not lifting the Sam Maguire Cup was a disappointment but not a regret.

“You can only push and strive so much and we didn’t get there and we just came up against better teams on the day. People mightn’t like that answer or agree with it but I always say it’s in black-and-white terms, you either score more than the other team in the final and unfortunately we just didn’t do that over the years. We probably came up against one of the greatest teams we’ve ever witnessed in Dublin and fair play to them you just have to take your hat off to them because they just did it.”

“We grew a healthy rivalry that kind of gripped the nation for years so we owe them guys a lot too because of the games we got to experience with them,” said Lee Keegan.

“It’s disappointing to a degree but that’s sport, you don’t always get what you want or work hard for. But there’s a lot of things I would not change about my career with Mayo.”

The former Footballer of the Year went on to say that the timing of his decision to step away from the Mayo team was based on a contentedness with what he had achieved.

“I just felt it was a time in my life that I could walk away happy with what I did. I had a brilliant career, really happy with my career. I have kids at home now, I’ve my job, house, things like that, so I just want to give a bit of time back to that.

“Every person who plays GAA will say the same, you have to be very selfish; if you’re not then you’re not going to succeed at the top level. Your commitment is five or six days a week and if you really want to be ambitious and strive to get that All-Ireland, you have to commit to that. For a lot of years it was just myself and my partner so I didn’t have the commitments and the responsibilities that I do now. I don’t want to be relying on people all the time, people picking up my slack, [things] that I should be doing at home, and missing milestones with the kids.”