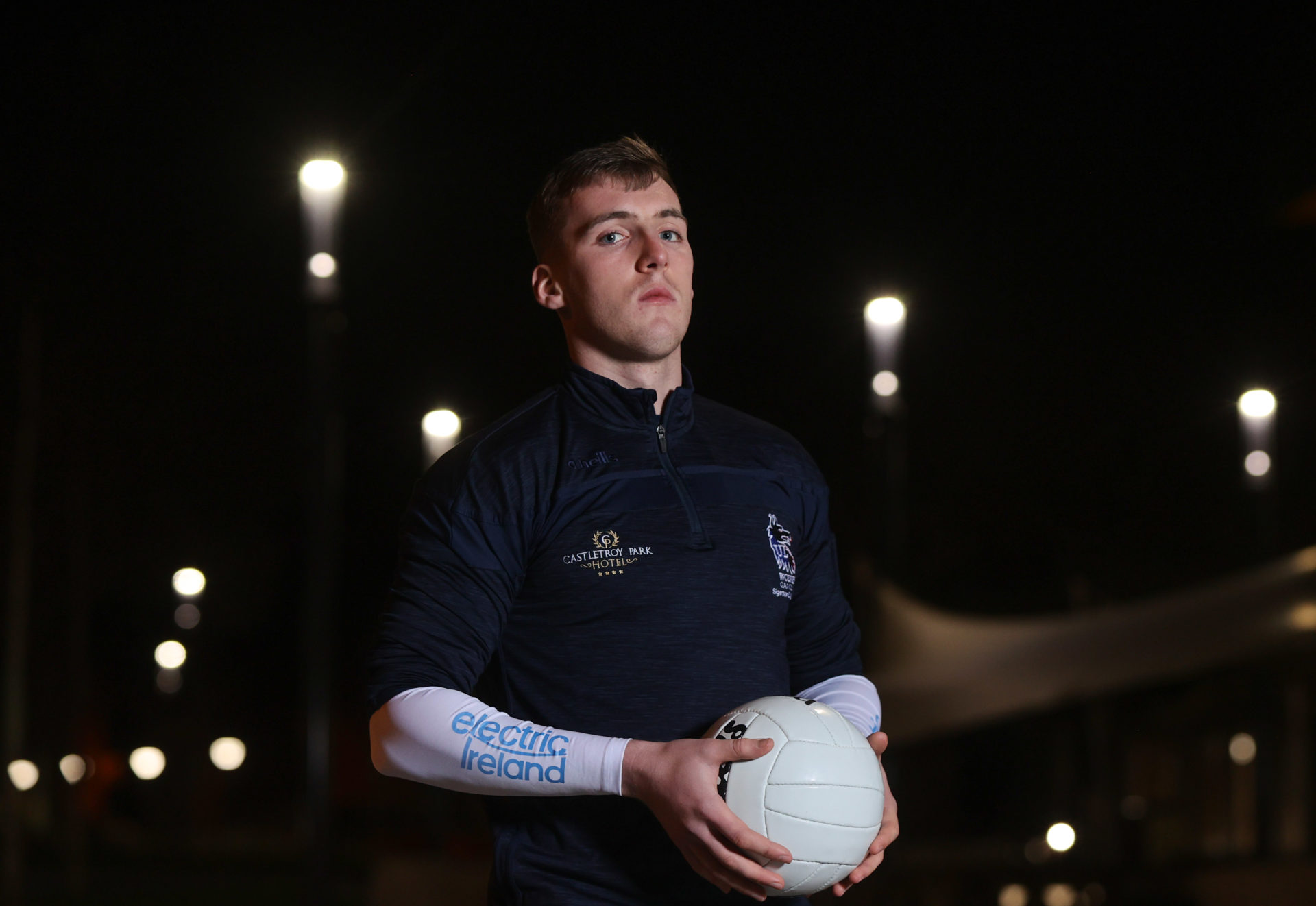 Eoghan McLaughlin, you get the sense, is raring to go.

The Westport clubman is in the final stages of a return from injury and is readying himself to compete on a couple of different fronts – for his college, the University of Limerick, in their Sigerson Cup campaign and for his county in the soon-to-begin National League.

McLaughlin was speaking last week at the launch of Electric Ireland’s sponsorship of the Sigerson, Fitzgibbon and Ashbourne Cups. McLaughlin made his first start of the year for UL in their defeat, on penalties, to TU Dublin in Round 2 of the Sigerson last Tuesday evening.

UL advanced as far as the final of last year’s Sigerson, where they lost out to the University of Galway. Declan Brouder’s side have lost players of the calibre of David Clifford and Seán Powter from last year’s team but still boast inter-county stars including McLaughlin, Galway’s Jack Glynn, and Leitrim’s Paul Keaney.

“We have the same management team as last year, they know us inside-out,” said McLaughlin, who is in the final year of a Sports and Exercise degree on Shannonside.

“There’s a great bond there between the players and the management. Hopefully we’ll go one step further. As a team we’re just taking it game-by-game and crossing every bridge as it comes.”

Another UL player with inter-county pedigree is Jack Coyne, the Ballyhaunis man who looks well-set to make a breakthrough into the Mayo team this spring. McLaughlin and Coyne live together in Limerick and regularly travel up and down together for inter-county training.

“I love playing with him,” said McLaughlin of his fellow defender. “I played with him at under-20s for Mayo and last year for the college. Jack and I would be very close, it’s great playing with him.” 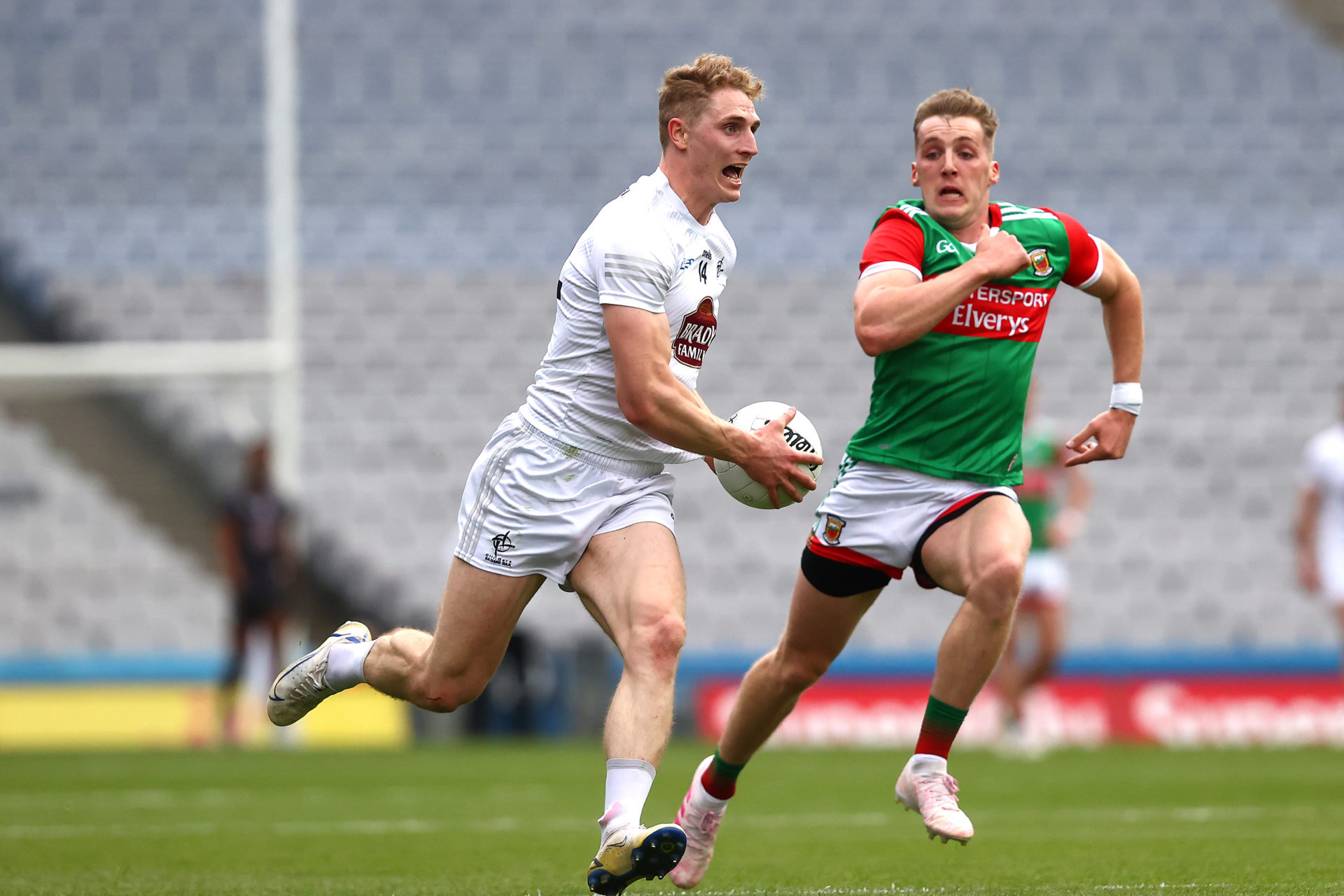 McLaughlin is ready for a return to competitive action after a lengthy injury lay-off arising from tendon issues in his knee, which caused him to miss the latter stages of Westport’s historic run to the Mayo SFC title last autumn. The 23-year-old year has had more than his fair share of bad luck with injuries since breaking through on the inter-county scene in 2020, earning All-Star and Young Footballer of the Year nominations in his debut season at senior level.

He missed out on a place in the 2021 All-Ireland final with a double jaw fracture sustained in the semi-final win over Dublin and missed most of last year’s National League campaign after suffering an ankle injury in the Round 2 win over Monaghan, although he did play every minute of Mayo’s subsequent championship campaign.

In the light of those injury troubles and given the heavy workloads players such as McLaughlin are handling at this time of the year – between Sigerson competition and inter-county pre-season – the danger of overloading is never too far away.

“It’s a question that always pops up at this time of year,” offered McLaughlin.

“I’m just very lucky and fortunate that I have such a good S&C and physios in Mayo who can monitor my training load, and we can have those conversations around training and games and just plan out the week.

“It is busy, but it’s great as well, it’s very enjoyable,” he added.

For the week that’s in it, it’s impossible not to ask McLaughlin about Lee Keegan’s retirement, and the impact that Keegan has had on his own playing career. Almost exactly ten years separate the two players but given that both are Westport clubmen, and that both made their names as hard-running half-backs, few players can have been influenced as heavily by the retiring five-time All-Star as McLaughlin was.

“Especially with Leeroy being from my home town, he’s been such a role model for me personally for so many years,” said McLaughlin.

“He’s really inspired me to play the way I do. To be honest, I nearly based my game off of Leeroy’s, we have a similar style of play.

“As a fella he’s just an absolute gent, one of the nicest fellas you could come across. He’d do anything for you. He’d always be giving you tips and tricks and nuggets of information, which is great.”

McLaughlin doesn’t make any bones about the scale of the loss that Keegan’s retirement represents, but neither will he allow himself to wallow in it; the Mayo panel will regenerate itself as it always has and McLaughlin, despite this being just his fourth season at senior level, will be one of men leading it.

“There’s no point saying (Keegan) is not going to be a huge loss to Mayo football,” he offered, “but he doesn’t owe anything to that jersey. He’s been probably Mayo’s best player for the last decade. He’s inspired young fellas like myself, he’s given us great memories that will last forever.

“But on the flipside of that, and Leeroy knows this himself, there are a lot of new lads coming into the panel. We have eight under-20s in with us this year, which is brilliant. They’re really driving the standard on. So we have a nice mix of youth and experience coming through the panel.

“And I’ll be one of the lucky ones in the Mayo camp, because I get to go back to my club and play with Leeroy! That’s a nice thing about being from Westport, thank God,” he added.

Mayo have been in collective training for the last six weeks and now have just a week to go before the first competitive game of the year, when they welcome Galway to Castlebar for Round 1 of the league on January 28. McLaughlin said the early days of Kevin McStay’s tenure have been exciting ones from a player’s perspective.

“Kevin has a great backroom team there, lots of really experienced coaches with great ideas and great knowledge. Our aim for the last number of weeks has just been trying to develop and grow into better players and to learn, and to prepare and build for the first round of the league.

“There are a lot of new ideas and different styles of play, which is great. It’s just very exciting, trying to learn and sharpen up on those ideas.

“It’s great like, the new lads coming in are really driving on the standards. It’s really exciting for Mayo football.”

And as a new inter-county year rolls into life, McLaughlin is crystal clear on the overall aim for the Mayo footballers in 2023. Hint: it’s the same as every other year.

“But the All-Ireland final is played in the last weekend in July; it’s a long way away. You have a lot of steps on the ladder to climb before you reach that goal. You just have to take it one step at a time to reach that goal.”