Former captain Sarah Tierney and two-time TG4 All Star Rachel Kearns make welcome returns to the Mayo set-up and while Tierney is named on the bench for the game against Cork, Kearns is listed in the full-forward line.

Clodagh McManamon, after Burrishoole’s march to their first county senior title in 2022, is also back in the Mayo fold and named at midfield, while Deirdre Doherty, outstanding for Charlestown at club level last season, returns too.

Cork have lost brilliant forward Orla Finn to retirement but will still expect to challenge for the top honours in the season ahead. 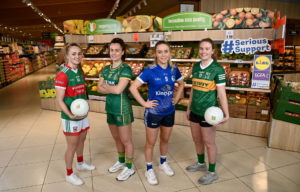 This fixture will revive memories of the 2022 TG4 All-Ireland Senior quarter-final between the counties, won by Mayo, and Cork boss Shane Ronayne has named a team with a nice blend of youth and experience as the Leesiders look to get off to a winning start.