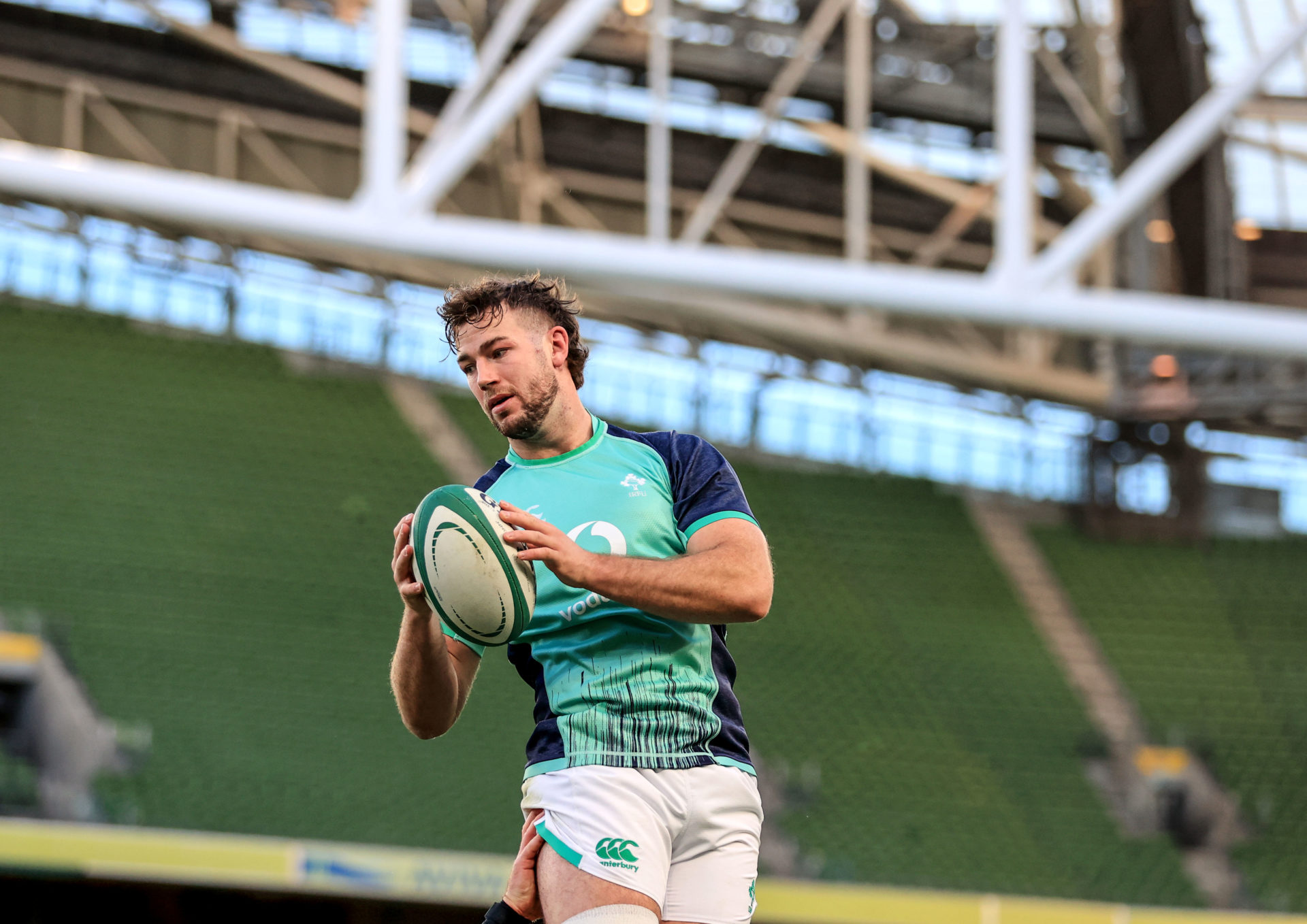 Mayoman Caelan Doris is set to play a crucial part as Ireland aim to break their quarter-final hoodoo at the 2023 Rugby World Cup in France later this year. Picture: INPHO/Dan Sheridan

Mid-West Radio commentator and Western People contributor STEPHEN GREALIS looks ahead to what 2023 might hold on the local, national and international sporting fronts

It’s somewhat crazy to think that the National League on DSaturday week and with that commences another undoubtedly whirlwind year in the world of Mayo football.

This is one of the more eagerly anticipated seasons in recent memory and with a new Harlem Globetrotters-like management team in place, there is (not for the first time) an optimism around the Mayo football team.

And with a new management comes new opportunities so it will be interesting to see how these new faces fare out when the added weight of the green and red jersey is bestowed upon their young shoulders.

But what would be considered a successful year for the Mayo senior football team? A Connacht title, another trip to the All-Ireland final, anything other than the Holy Grail itself?

Let’s peel it back a bit. It’s arguably the most interesting Connacht championship draw in years, with one of Leitrim, Sligo, New York or London (a Division 4 team) guaranteed to be in the provincial decider – and the added bonus of a place in the main All-Ireland series. It means the three Division 1 teams of Mayo, Roscommon and Galway are parked on one side of the draw.

Galway are currently riding a wave of momentum from their Connacht title and, despite a defeat, their strong All-Ireland final showing against Kerry. Add to the mix that if Mayo get over a good Roscommon side in their opener, they will have to venture to Salthill to meet the Tribesmen, and it doesn’t make the task any easier for Kevin McStay et al. There is something in the air that makes me think Mayo going to Pearse Stadium as underdogs could play to their advantage, but this far out it’s too hard to tell.

I’m a sporting romantic of the highest degree, and I longed to see the great Lionel Messi lift the World Cup before Christmas.

Wouldn’t it be something if Mayo man Andy Moran brought his Leitrim side to a Connacht decider to face his native county? Maybe I should ease off the romance!

Both Maurice Sheridan and Sean Deane will feel like they left something behind them last year; the Mayo U20s losing the Connacht final in the manner they did should only act as motivation to win the provincial crown at that grade for the first time in what would be five years.

As for Sean Deane, he did earn some silverware with his Mayo minor charges in 2022 but sport, like life, is sometimes strange and having bested Galway very convincingly on two occasions, the same opposition managed to turn Mayo over in the final and leave the county’s quest for an All-Ireland minor title stretching into a new decade. Having said that, there will be a handful of Mayo players from last year’s team still involved and no doubt they will be chomping at the bit to go one step further.

The event that always kicks off the sporting year is the final of the World Darts Championship. As a darting fanatic myself, there is just no better way to kick off the year. Indeed, darts in Ireland is growing all the time – including in Mayo.

My first bold take of the year is that Conor Heneghan will earn himself a tour card at the PDC qualifying school; the young man from Roundfort made big strides there last year and was slightly unlucky not to get his card then. He did hit a nine-darter when playing in the Modus online league and his game is going from strength to strength.

It’s crazy to think we are in a Rugby World Cup year yet again. Would you Adam and Eve it, Ireland start the year ranked number one in the world. Considering the strides that Irish rugby has made in the last fifteen years, it’s baffling on so many levels to think we have never made it past the quarter-finals stage.

That hoodoo will surely be broken this November. Mayo will be cheering on Lacken’s Caelan Doris and possibly Ballina’s Dave Heffernan too, and it’s a competition that will be embraced by the Irish people for sure.

Imagine if had been given the opportunity to host the event?

The possibility of a World Cup game in Mayo might seem practically inconceivable yet it very nearly happened. Who knows, that day may yet come, just later than 2023.

I can’t believe it has taken me this long to get around to talking soccer.

The World Cup, despite all of the off-field talk, captured our hearts and minds and was a fitting end to 2022, but now the Premier League is back. The introduction of Erling Haaland has given the league a new lease of life when many thought that it would do the opposite and Manchester City would steamroll their way to a hat-trick of league titles in-a-row, something only ever achieved by Sir Alex Ferguson’s Manchester United. But as fate and irony would have it, it’s Pep’s protégé Mikel Arteta whose Arsenal side has taken the league by storm.

Perennial bottlers Arsenal blew their chance of playing in the Champions League in the dying weeks of last season so very few had them down as being close to challenging for the title outright this year.

They were a 66/1 shot at the start of the season but just before the World Cup break, they demonstrated a resilience that few people thought they had and now stand as City’s only serious rivals.

As a lifelong Arsenal fan I’ve suffered for years, too often the laughing stock as I could only listen to elders talk about the glory days of the 1998 winning double team and then the famous Invincibles, which my four-year-old self failed to memorise. Surely it’s high time to buck the trend, and how fitting would it be that Arteta’s Arsenal would be the team to dethrone and put a halt to Pep’s juggernaut. It would be so wonderful, so fitting, so poignant, so… I really need to be less of a romantic!