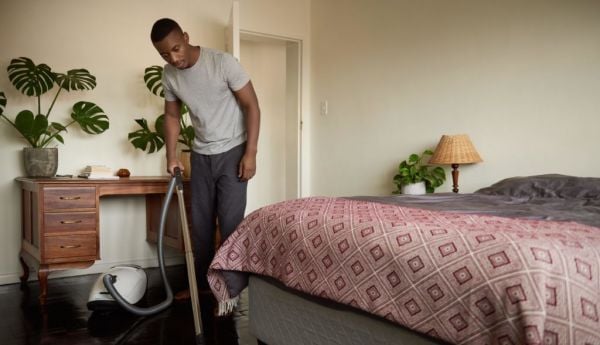 A last-minute rush for the bus or running around with the children for a few minutes could help cut a person’s risk of early death, according to new research.

Three or four one-minute bursts of activity during daily tasks is associated with big reductions in the risk of premature death especially from cardiovascular disease, scientists claim.

VILPA is described as being short bouts of vigorous activity of up to one or two minutes that people do every day, including stints of power walking while doing errands or playing high-energy games with children.

The study, led by the University of Sydney’s Charles Perkins Centre and published in Nature Medicine, used data from trackers worn by more than 25,000 self-confessed “non-exercisers” in the UK Biobank biomedical database.

Researchers said a comparative analysis of the vigorous activity of 62,000 people who regularly engaged in exercise found comparable results to their study.

The scientists found that the biggest gains were seen when comparing those with around four to five bouts of VILPA each day with those with none, and that more benefits were found in people with larger VILPA amounts.

They called for guidelines on physical activity and clinical advice to be updated and widened to include more than just structured activity.

The study’s lead author Emmanuel Stamatakis, professor of physical activity, lifestyle and population health at the Charles Perkins Centre, said: “Our study shows similar benefits to high-intensity interval training (HIIT) can be achieved through increasing the intensity of incidental activities done as part of daily living, and the more the better.

“A few very short bouts totalling three to four minutes a day could go a long way, and there are many daily activities that can be tweaked to raise your heart rate for a minute or so.”

He said “stepping up the pace while walking or doing the housework with a bit more energy” can make a real difference.

Prof Stamatakis said the use of wearable technology “holds huge potential for understanding the most feasible and time-efficient ways people can benefit from physical activity, no matter whether it is done for recreation or as part of daily living”.

The research findings were generally welcomed by scientists.

He said: “This is good quality research backed up by solid data – notably the use of accelerometry to quantify vigorous intermittent lifestyle physical activity.

The researchers acknowledged that their findings are observational, so they cannot directly establish cause and effect, but they said they took “rigorous statistical measures to minimise the possibility that results are explained by differences in health status between participants”.