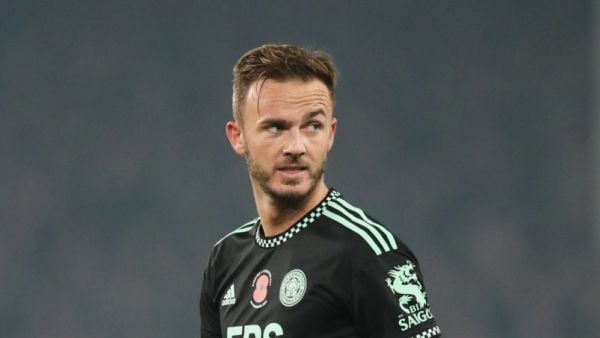 Newcastle are reportedly set to offload as many as five players in pursuit of Leicester playmaker James Maddison. The Daily Express, citing 90min.com, says Ryan Fraser, Matt Ritchie and Jamal Lewis could be among the players made available as the Magpies’ ownership look to fund a January bid for the 26-year-old.

According to The Sun, Tottenham and Liverpool are both interested in Eintracht Frankfurt forward Randal Kolo Muani. The paper cites a Foot Mercato report, which says the clubs have been impressed with the 24-year-old’s club form this season, which also thrust him into the French national squad.

The Daily Star reports Real Madrid have beaten out some of the biggest clubs in Europe to the signing of Brazilian 16-year-old Endrick. Via Italian journalist Fabrizio Romano, the paper says the deal is worth a whopping £51million, although he will not be able to actually play for the Spanish giants until he turns 18 in 2024.

“When they come, I’ll think about it.”

Man Utd missed out on the chance to land one of the stars of the World Cup https://t.co/RjPlIaaRpL

Hakim Ziyech: AC Milan are set to make a bid for the Chelsea forward, according to Gazzetta dello Sport and Football Italia.

Lionel Messi: Sky Sports says Paris St Germain are confident the veteran forward will extend his contract once his current deal runs out.