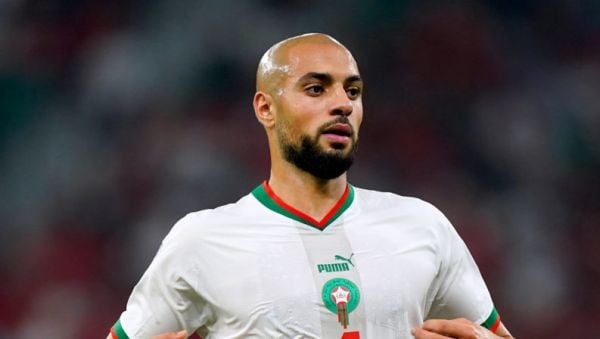 The Sun reports Liverpool have taken the lead in the pursuit of Fiorentina midfielder Sofyan Amrabat. The paper, via Foot Mercato, says Tottenham were previously linked with the 26-year-old, but the Reds are now frontrunners for his signature, having met with the Morocco international prior to the World Cup.

Atletico Madrid are reportedly open to fielding offers for Joao Felix. The Daily Mail – citing Spanish broadcaster TVE – says the forward is eager to part ways with the club, with Atletico bosses looking to offload him as soon as January.

Manchester United forward Alejandro Garnacho is set for a mammoth wage increase, according to the Manchester Evening News. The 18-year-old’s stock has risen dramatically in his short time at Old Trafford and he is likely to have his form rewarded in his next contract, with United likely to offer £50,000 per week – a tenfold increase from his current deal.

And The Sun says West Ham are determined to arrest their goalscoring woes by signing a new striker in the January transfer window.

Cody Gakpo: Dutch outlet NRC says Manchester United are yet to reach out to the PSV winger, despite being heavily linked with him in recent days.