Ballina dog was the heroine of fire drama

A Ballina family had a lucky escape after their beloved pet dog alerted them to a fire near their home.

The Clarke family from Rathkip were saved from the blaze by their dog Franey, who has been appropriately awarded a bravery award.

On Friday, September 30 last, the family were sleeping soundly at 4.30am when Franey suddenly started barking continuously. Phillip Clarke called out to Franey to be quiet and go to sleep but the collie was having none of it.

“She continued barking and running about the house frantically,” said Phillip, who eventually got out of bed and went to find Franey.

He went into the kitchen where he found out what all the fuss had been about: a fire had broken out at the side of the house. Phillip quickly evacuated his wife Louise, three children and Franey to the safety of their neighbour’s house. 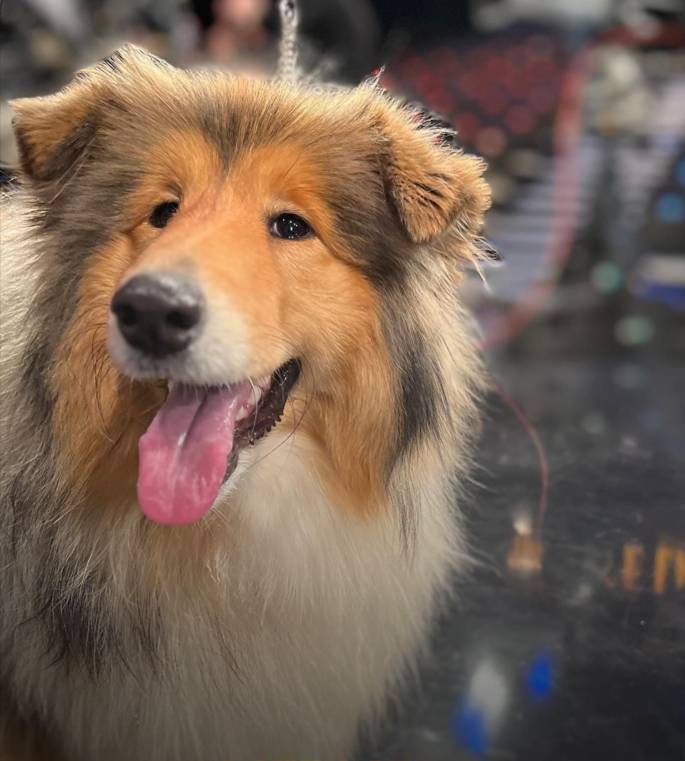 Franey the dog has proved a hero to owner Philip Clarke and his family.

“Had it not been for Franey that night, it could have had a sad and different story,” said Phillip, who also thanked his neighbours, the Durcan family, for their help on the night.

The local fire brigade arrived and took control of the situation and thankfully all ended well.

Ballina’s new local hero experienced a miracle of her own in her early life. Born in a litter of five after being bred by Suzie Nealon from Ezzmare Rough Collies, she had fluid on her lungs at birth and was taken to the vet aged five days old. Suzie was told that the little pup had almost no chance to live.

However, Franey was administered with an antibiotic and an injection of lactose to hydrate the body. With round-the-clock care, she pulled through against all of the odds.

The super-pup appeared on RTÉ’s Late Late Show in November following her heroics at her owner’s home and she received the National IKC Golden Paws Hero Award 2022, one of seven dogs nationwide to receive the award.