Taking moral strength from the past 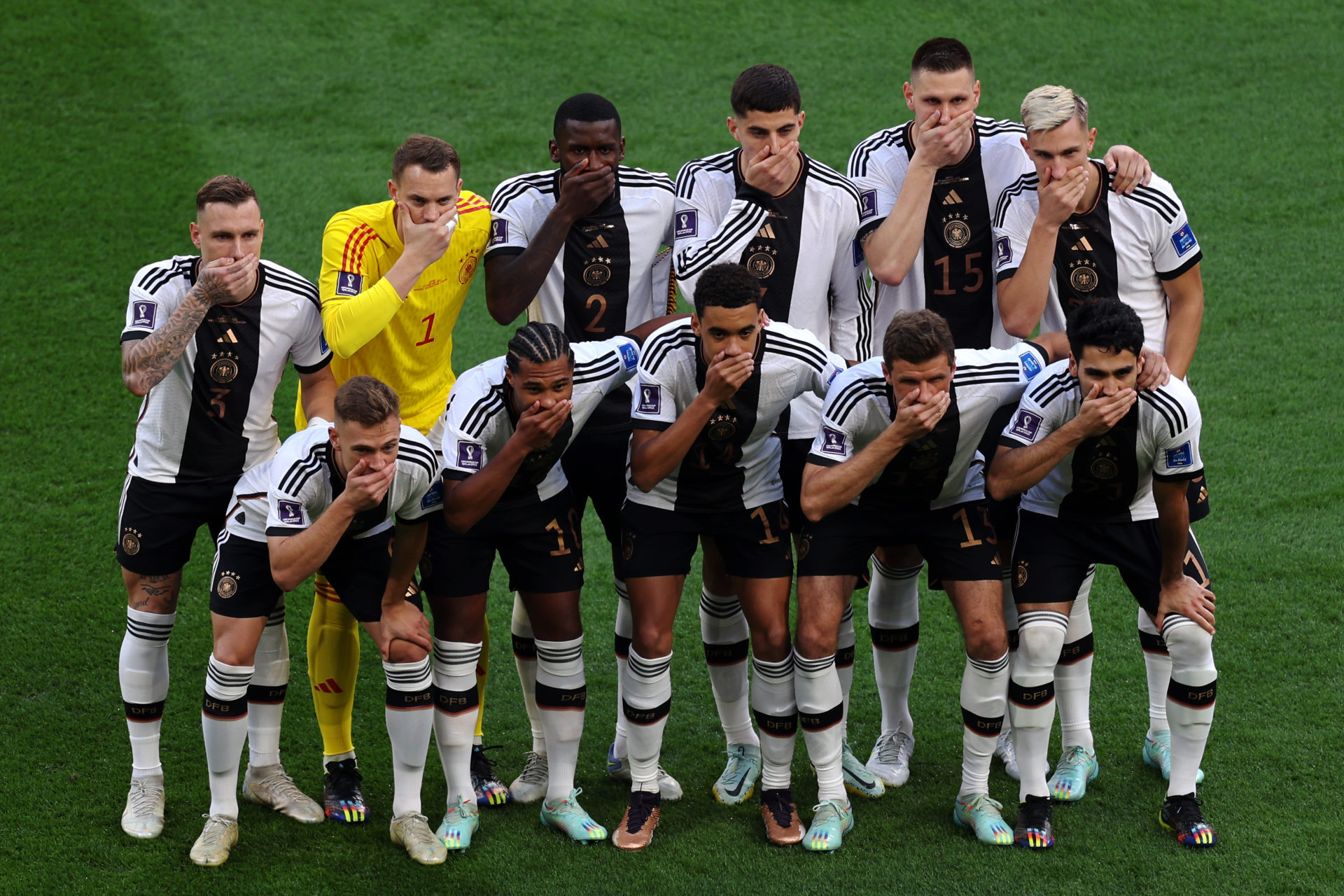 Germany’s players pose with their hands covering their mouths as they line up for their team photo prior to their World Cup clash with Japan in Doha, Qatar last week. Picture: Dean Mouhtaropoulos/Getty Images

Towards the end of the 1930s, the world had become a terrifying place with the outbreak of World War II edging ever closer towards reality.

Standing up to Adolf Hitler as he paraded his agenda throughout his own country and the rest of the continent became a highly perilous prospect with many potential consequences, and yet there were some who were willing to stand up to his tyranny.

Courage is a term that has become too willingly bandied about, with everyday mundane actions now being labelled as courageous and thus wiping all meaning from the word. But on this very day, November 29, 84 years ago, the Mayor of Rotterdam in the Netherlands did what could be validly deemed as a truly courageous act.

Earlier in November, Kristallnacht, otherwise known as the Night of the Broken Glass, had taken place which saw violence break out against Jewish people throughout Nazi Germany following the assassination of Ernst vom Rath, a prominent Nazi Party member, in Paris. Europe immediately swelled with hostility. Jewish people were murdered and synagogues were burned down in what would become regarded as the opening salvo to the dictator’s Final Solution. Hitler had long departed from being merely a petulant presence in the middle of Europe to becoming a caustic global figure and the November pogrom only escalated the world further towards all-out war. And within this malevolent climate, the Netherlands were due to play Germany in a football international in the city of Rotterdam.

That put immense pressure on the shoulders of Pieter Oud, the city’s mayor. He knew that tensions, in light of recent events at the time, would escalate when the Germans came to town. Indeed, in 1936 a German team performed a Nazi salute in Dalymount Park ahead of an international clash with the Irish Free State, and fascist sentiment on the continent had only grown stronger in the meantime.

Oud could have shied away from a difficult decision and refrained from assuming responsibility for a sporting event outside his remit. But the politician stood up to carry out a necessary evil and forbade the international encounter from being played between the neighbouring countries on November 29.

Nazi Germany was incensed. It saw a foreign state meddling in their business and, the following month, they made the decision to suspend all sporting ties with the Netherlands indefinitely.
Oud’s decision was the subject of intense debate within the Dutch parliament and across the media spectrum, with left- and right-leaning members of the Fourth Estate all offering their opinion on the matter of considerable international significance. Many supported the manner in which Oud had taken a much-needed stand against the German aggressor, some felt that he had plunged the Netherlands into unnecessary diplomatic tensions with a foreign state when relationships were already immensely fragile while others argued that he removed the opportunity to protest the Nazi regime at the game.

But regardless of how futile the mayor’s efforts may have been, especially given World War II would break out within a year of his decision, he still took a stand against an obvious evil.
Such stands are becoming increasingly rare. With every mention of the fact that politics doesn’t belong in football, moral compasses become more uselessly erratic.

After the most ignominious prologue to a major sporting event in history, laden with corruption charges, thousands of migrant worker deaths and a determined refusal to address anachronistic laws in the host country, much of the world demanded a response from the footballers and federations participating at the 2022 World Cup, particularly those from countries who claim to uphold modern values.

Alas, the response fell well below expectations. It could be argued that federations should’ve refused to travel to the Arabian Peninsula for the first winter World Cup in the first place considering everything that has been uncovered over the past decade. Footballers and their federations nevertheless made the trip, giving subtle inclinations along the way of their intentions to protest once the tournament got underway in Qatar. The world waited.

Initially, some countries outlined their intentions to carry out what was already a rather meek protest by wearing a rainbow armband in support of the LGBTQ community until FIFA eventually insisted that captains wearing the armband would receive a yellow card for their actions.

But the subsequent response to the diktat caused more damage than if no commitments had been made in the first place. By failing to step up and force FIFA into being true to their word, footballers essentially confirmed that supporting the LGBTQ cause isn’t as important as receiving a formal warning in a mere game of football.

Germany, at the very least, followed up the abandonment of the gesture by finding a loophole in FIFA’s command, as opposed to taking the minimal punishment for a cause for which they were supposedly passionate. They covered their mouths with their hands during the official team photo in a gesture that was even meeker than the initial plan.

Likewise, England lit up the Wembley Arch in rainbow colours thousands of miles away. Whatever happens from here and the end of the tournament, the LGBTQ community finally knows where it stands within the global football community and no amount of ‘Respect’ campaigns over the coming years will change that. When it mattered most, football folded.

As a race mankind likes to think that it has evolved to an extent that is morally superior to all generations and civilisations that have gone before, that episodes of the past cannot be repeated due to our drastically improved moral compass. But cursory glances through history books can often prove that, if anything, we have a long way to go to match many of the morals espoused by some of our ancestors.

The level of moral evolution over the past century has been shockingly tragic when Oud’s actions and those of footballers and federations in Qatar are compared side by side. The same human race that was once capable of standing up to a dictator hell-bent on murdering millions en route to global domination, eight-and-a-half decades later, considers receiving a yellow card too much of a sacrifice to endure.