One of Ireland’s most noted figures in the field of third-level education, Dr Seán M. Rowland was conferred as Professor in recognition of his valuable contribution to higher education developments in Ireland and his legacy in the field of education during his 22 years as founder and president of Hibernia College. 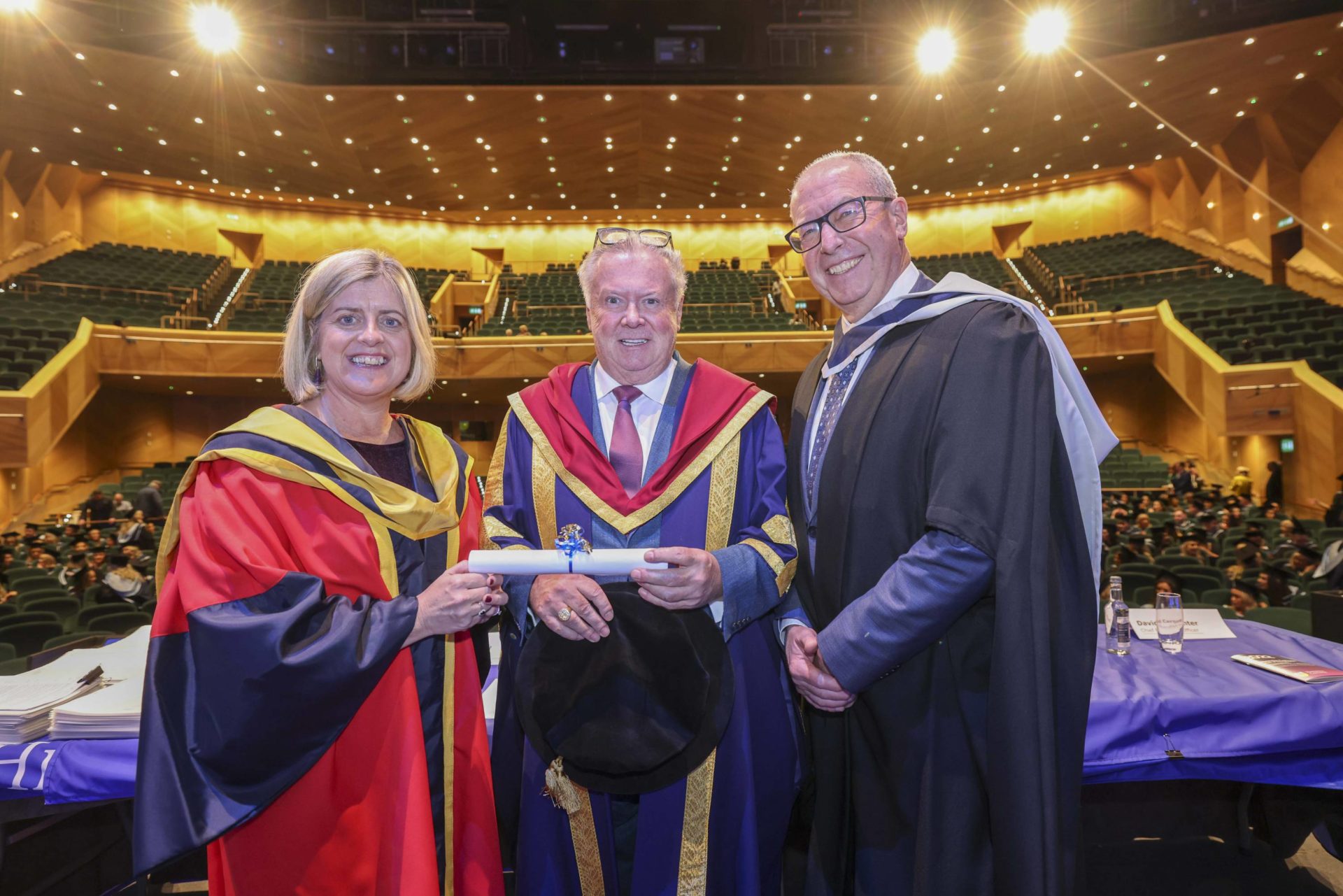 The accolade was presented to him by Dr Mary Kelly, Academic Dean at Hibernia College, and its Chief Executive Officer, David Carpenter, at its annual conferring ceremony held in Dublin’s Convention Centre recently in the presence of a record 920 primary and post-primary teaching graduates who received their degrees at the event.

Born in Castlebar, Dr Rowland was a driving force for change in third-level education in Ireland when, in 2000, he brought together colleagues from the corporate, education and technological communities to establish Hibernia College, Ireland’s first and only accredited online third-level institution.

Under Dr Rowland’s presidency, Hibernia College developed to become an award-winning provider of third-level blended learning programmes, best known of which are its initial teacher education courses whose graduates are now highly sought after by schools around Ireland.