The Lacken Sarsfields team pictured earlier this year; for 2023 the club’s players will combine with Kilfian to play as a new joint-team.

The adult teams of Lacken Sarsfields and Kilfian are to join together to play as a single team for the 2023 Mayo club football season. The union was ratified under the terms of a co-operation agreement between the two North Mayo clubs, facilitated by Mayo GAA’s demographics committee, at last Wednesday night’s monthly meeting of the County Board. A request will now be sent to Croke Park for a formal deviation from the rule, which will finalise the merger between the two clubs for 2023.

The agreement does not constitute a full amalgamation between the two clubs. It will apply only at adult level for 2023, with the underage players of the respective clubs to continue playing their football for Naomh Padraig, which also includes players from Killala and Ballycastle. The agreement also only applies on a year-to-year basis, meaning the two clubs will need to renew the arrangement at the end of 2023.

Pat Murphy, the treasurer of Kilfian GAA Club, told the Western People this week that there had been full support for the agreement at a recent EGM of the club.

“It’s down to a lot of work by Michael McKenzie and Paul McNamara on the demographics committee,” said Murphy, who also sat on that committee. “There was 100 percent agreement from our club at the EGM.”

Murphy said that over the last 20 years, between the two parishes of Kilfian and Lacken, four national schools, three local shops, two post offices, and four public houses have all been closed and that the agreement to join up with Lacken is vital to Kilfian’s hopes of continuing to provide adult football to its members.

“This place has got an awful doing. There’s no investment whatsoever from successive governments down through the years. All our young people are going away,” said Murphy.

The agreement will see Kilfian and Lacken play as a joint-team at county championship, county league, and Michael Walsh level. The clubs may continue to play as individual entities at North Mayo championship level, although that has yet to be fully finalised.

Some other outstanding details are also yet to be fully decided, including the name under which the new joint-team will play, the colours they will wear, and the grounds at which they will train and play home games, although Murphy said the likelihood is that an arrangement will be arrived at under which the team plays alternate games in Lacken and Kilfian.

Both clubs are due to have their annual AGMs in early December, and once those AGMs have been held, an overseeing committee will be established with equal representation from both clubs to manage the merger and to appoint a management set-up for the new joint-team.

“We’re looking forward to it,” said Murphy. “There are about seven or eight lads in each club who are totally committed to football, and are very good footballers. It’ll bring up the standard for them and it’ll give them the opportunity to train hard at home during the week and at weekends. We’ll be able to compete a lot better than what we were on our own.

“We’ll have to give it a year anyway to see how it pans out. Another club might want to come in with us in a year’s time, there might be three clubs in this.

“We’re just not in a position where there are enough young people coming up to keep us going on our own,” Murphy continued. 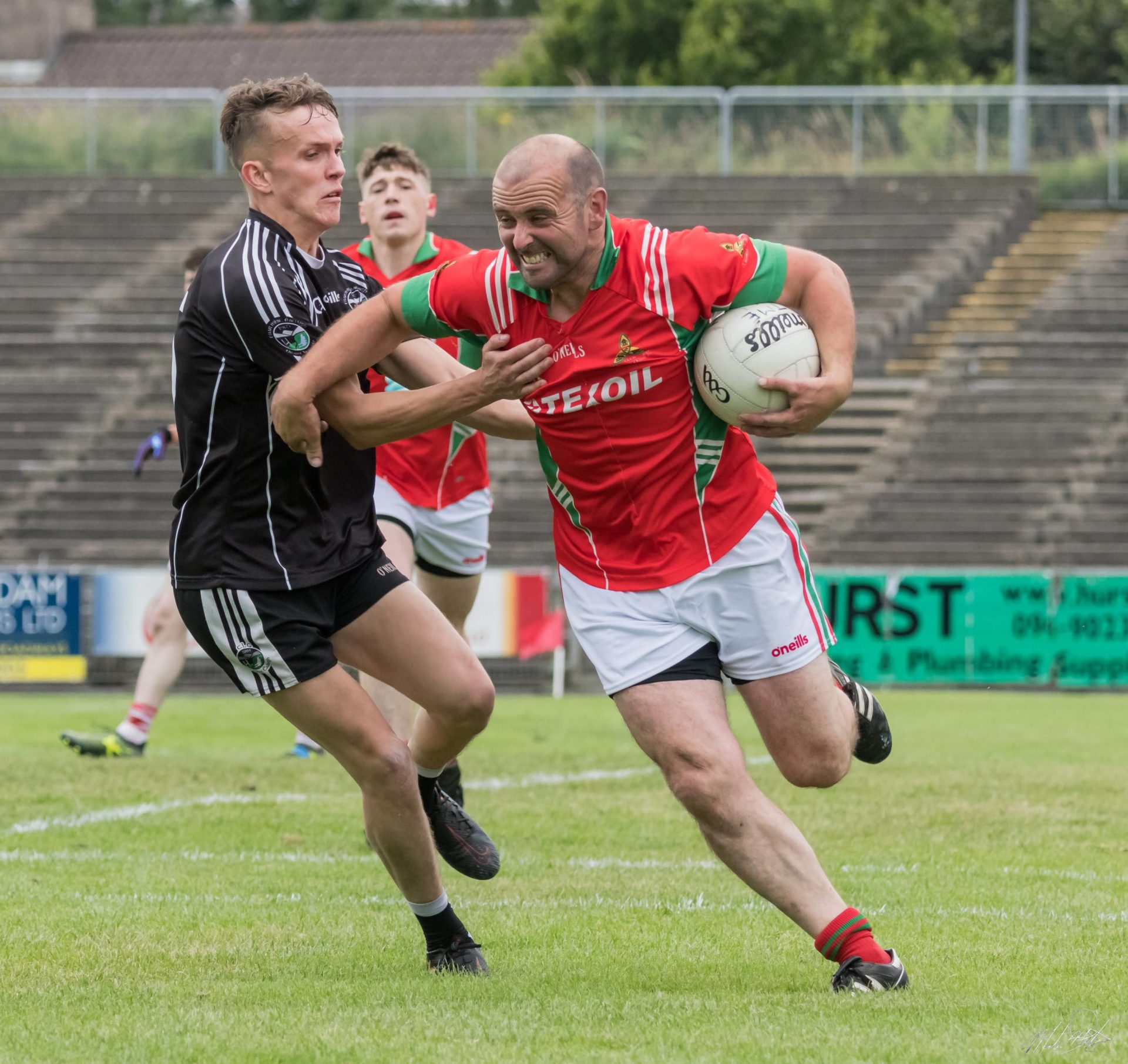 Vinny Moyles has represented Kilfian and the Mayo over-40 team on the same weekend on several occasions, sometimes on the same day, due to low playing numbers in his club.

The decision to band together comes in the wake of both clubs treading uncomfortably close to the precipice in recent years. Last year, Lacken were forced to pull out of the exclusive junior championship after suffering a heavy Round 1 defeat to Kilmovee. This year, Kilfian were forced to forfeit their Round 1 game to Swinford due to a lack of players.

“Twelve months ago, we were in nearly the exact same boat that Kilfian were in this year,” said Lacken secretary Michael Callaghan this week.

“To see a neighbouring club go down like that wouldn’t have been nice when we knew what we were facing 12 months ago.

“It’s about bringing numbers to training. With bigger numbers, they’re going to have to fight more for their place. That’s going to drive the standard of football up another couple of notches,” Callaghan continued.

Lacken, like Kilfian, had strong support amongst both their playing and non-playing members to move ahead with the co-operation agreement over recent weeks.

“We got our players to have a meeting amongst themselves and a couple of days later they voted on it, and they were in favour of it,” explained Callaghan. “Then we called a meeting of club members, discussed it, and then we had a secret ballot of the members, and it was passed overwhelmingly.”

Callaghan said that with demographics within the county, particularly in rural areas such as north Mayo, moving the way they are, it is unlikely that Kilfian and Lacken will be the last two Mayo clubs to enter into an agreement of this sort.

“At the end of the day it’s about keeping young lads playing football, and them having a team to go playing with,” he said.