The programme for Ballina 2023 was officially launched last Tuesday week in the Ballina Arts Centre. 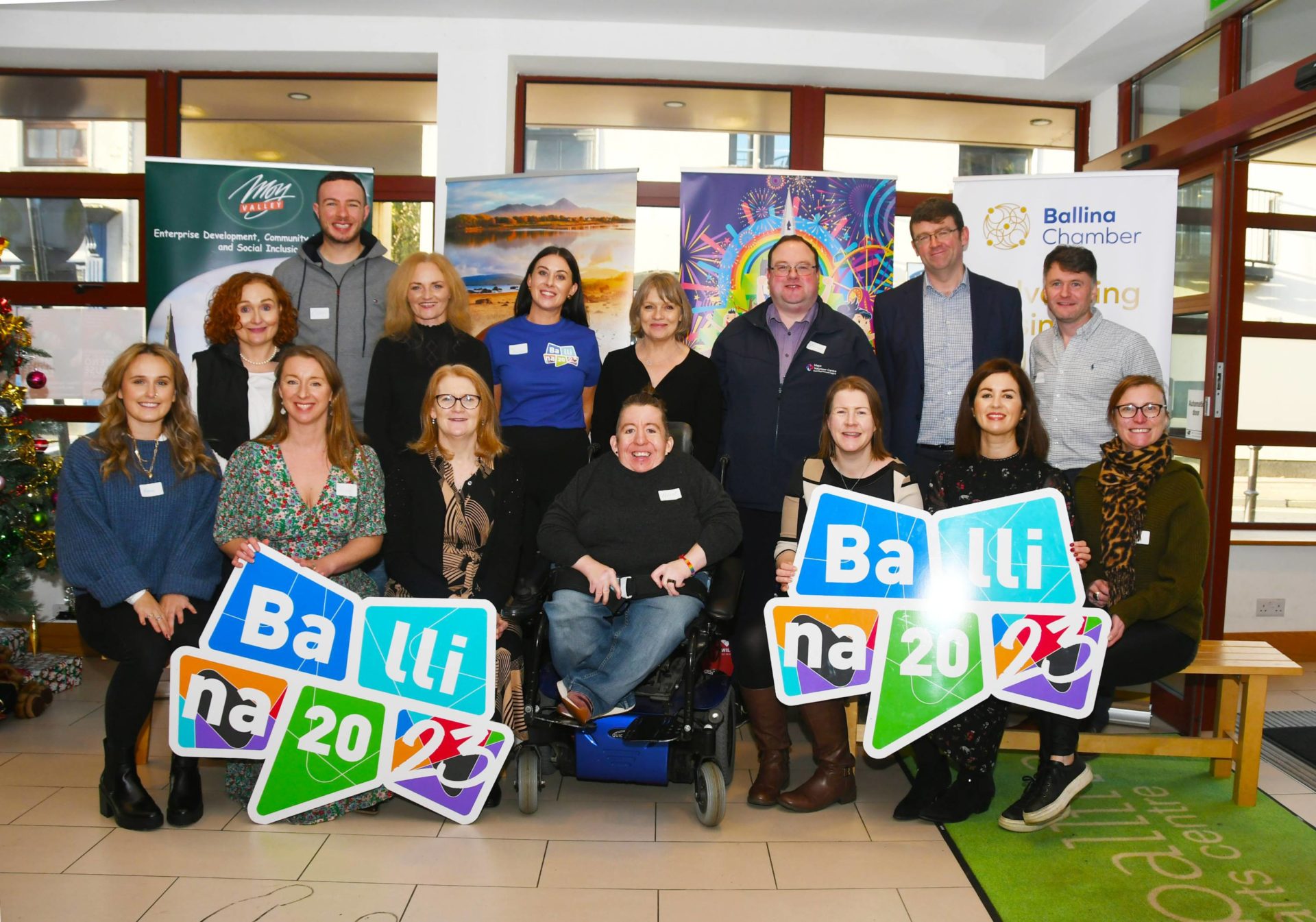 There was a magnificent local turnout for the first look at what to expect, as the town celebrates its tricentennial year next year.

The launch event was opened by the Cathaoirleach of the Ballina Municipal District Cllr Mark Duffy.

“This is an exciting time to be a citizen of Ballina. Our greatest strength is our people, our town would be nothing without its people. 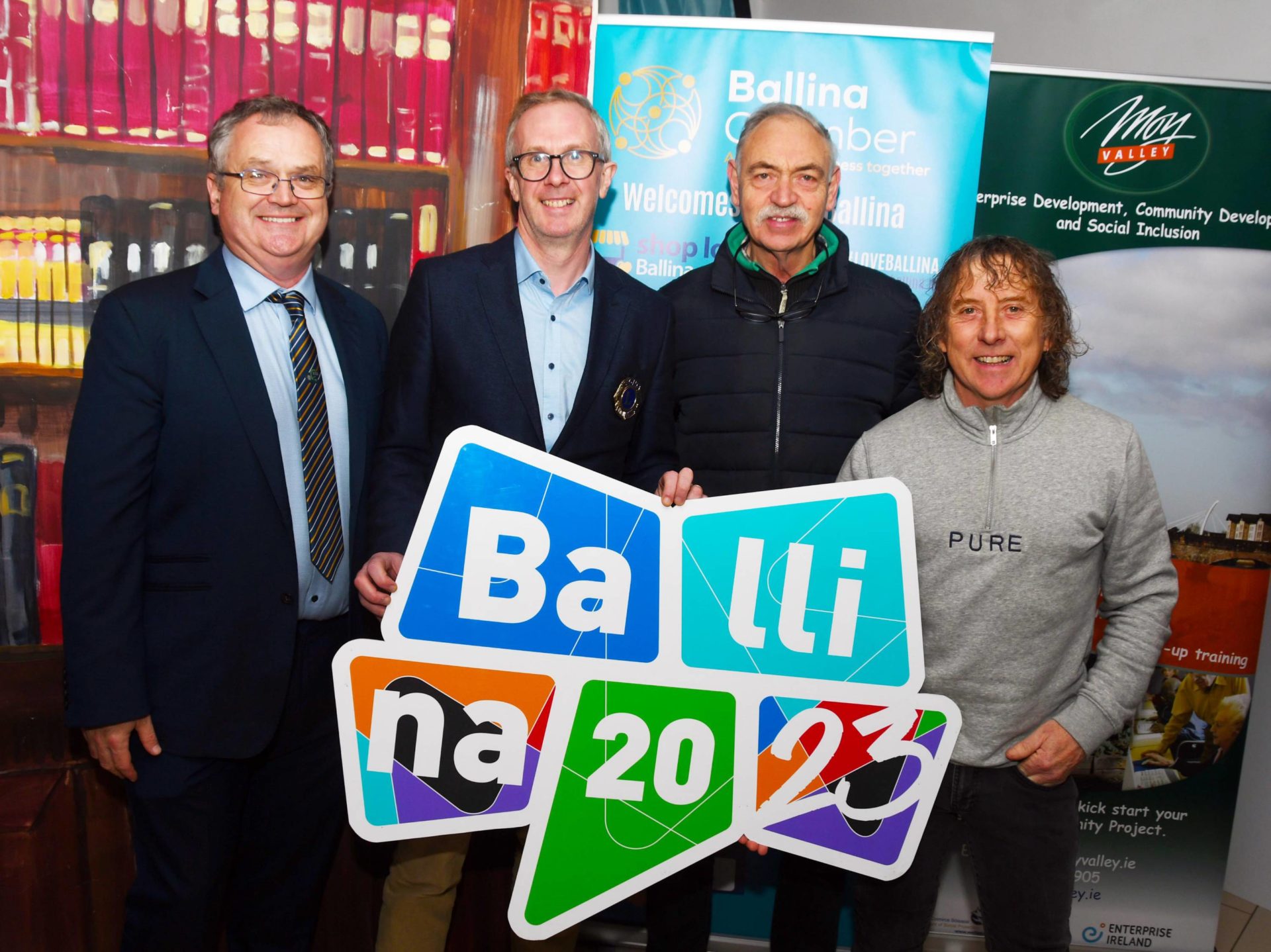 “But what also makes Ballina is the settlements outside the town like Crossmolina, Knockmore, and Bonniconlon, and we will consider the broader picture with Ballina 2023 and celebrate that.”

The chairperson of the Ballina 2023 committee, Cllr Jarlath Munnelly, said that the project will have its roots in the community. He encouraged volunteers to step forward to help make all of Ballina 2023 a reality. 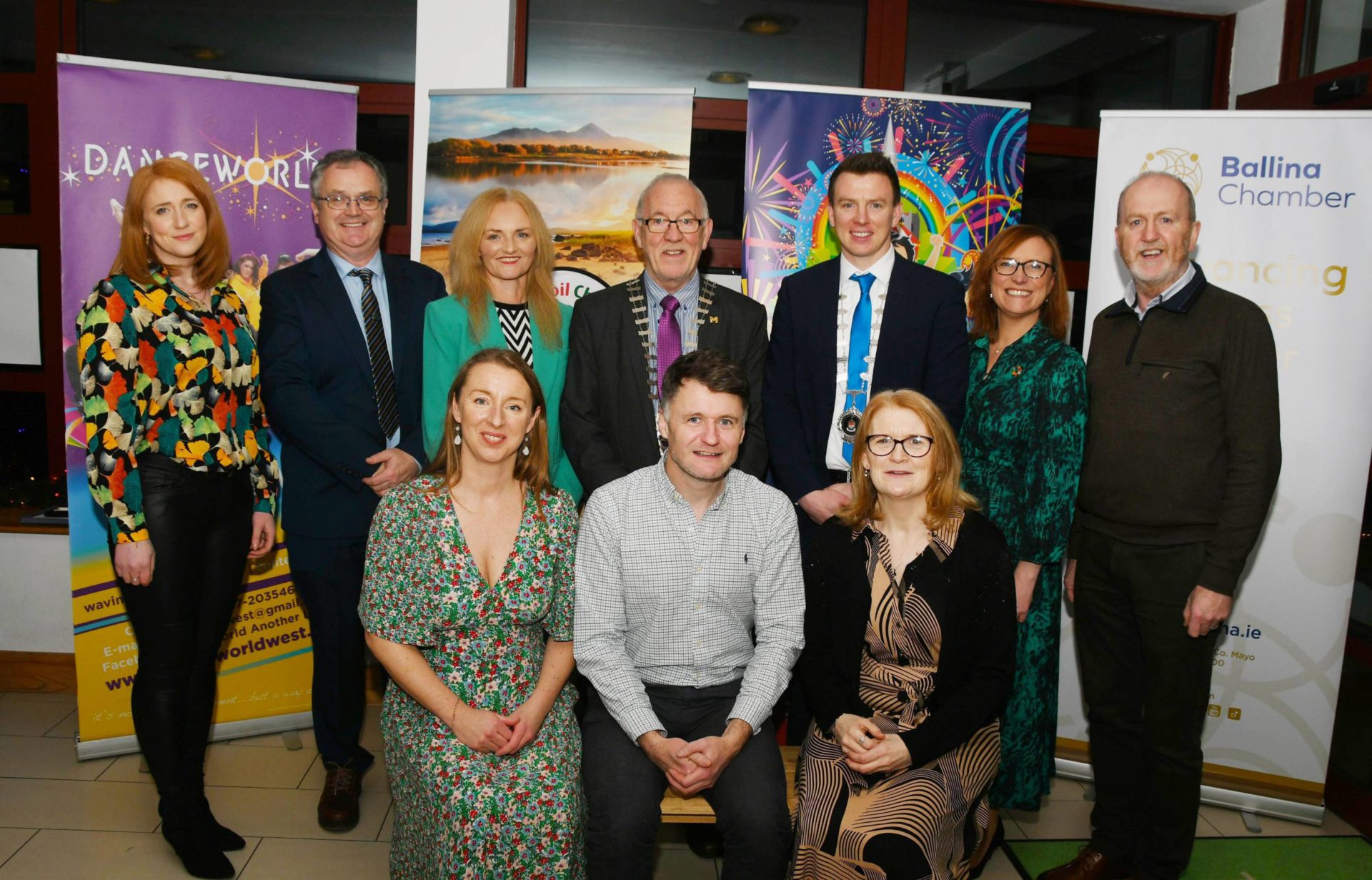 “Next year will be a success because of volunteers and this is not a closed shop by any means: anyone can help,” said Cllr Munnelly.

Among the events announced are a youth programme that will last the length of the year; This Giant Tent, which is a project capturing aspects of Traveller culture, a collaboration with renowned street theatre group Macnas, a collaboration with the French embassy to mark the anniversary of the death of General Humbert, an exhibition from the Royal Hibernian Academy Gallery, Ballina Poetry Town, the town’s first performance of Handel’s Messiah by St Muredach’s Cathedral Choir, among other events. 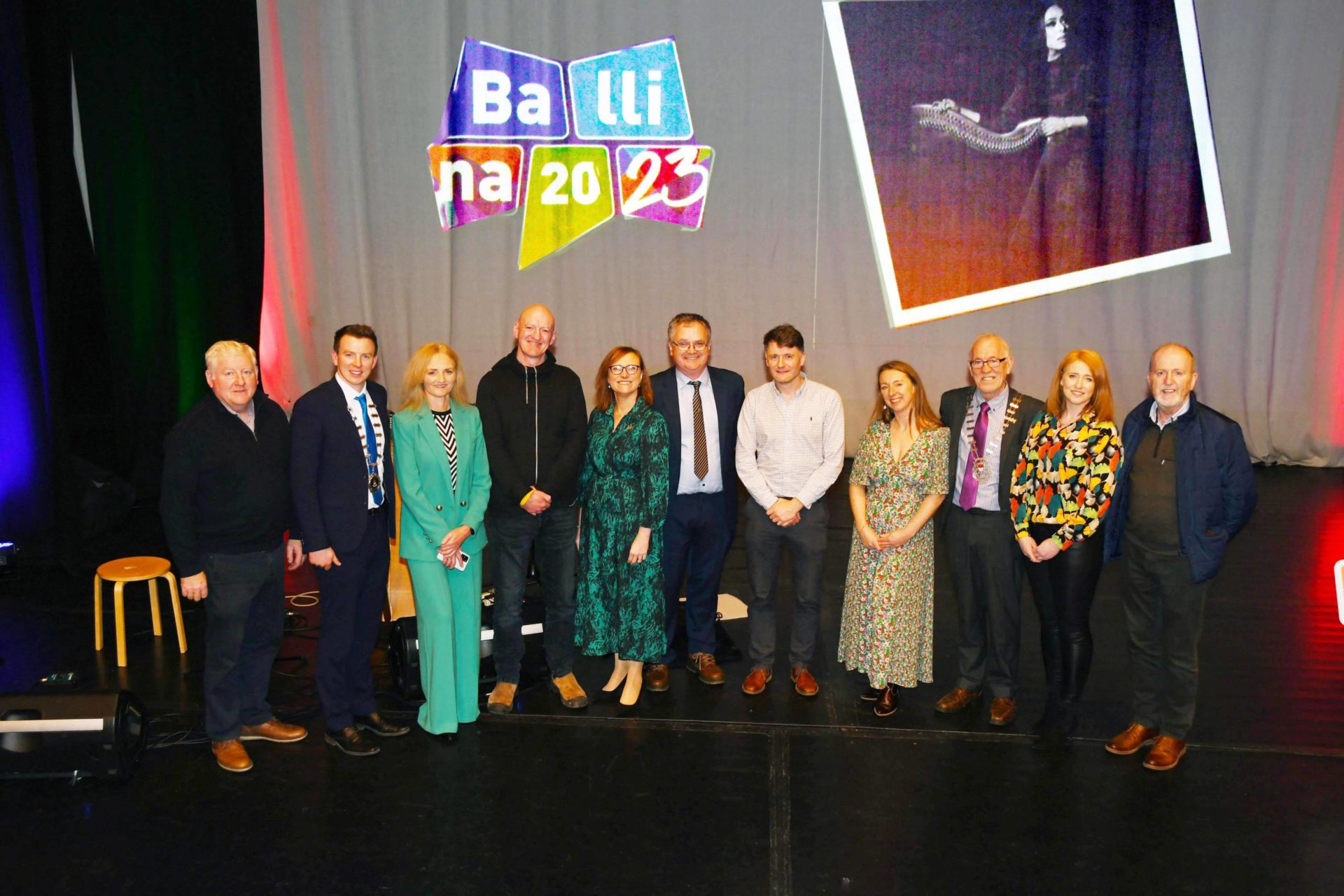 Cathaoirleach of Mayo County Council Cllr Seamus Weir said this was an important year for Ballina, and committed the full support of the council for the programme.

A second launch event took place on Wednesday in Dublin, and was also well attended by local representatives and natives of Ballina. 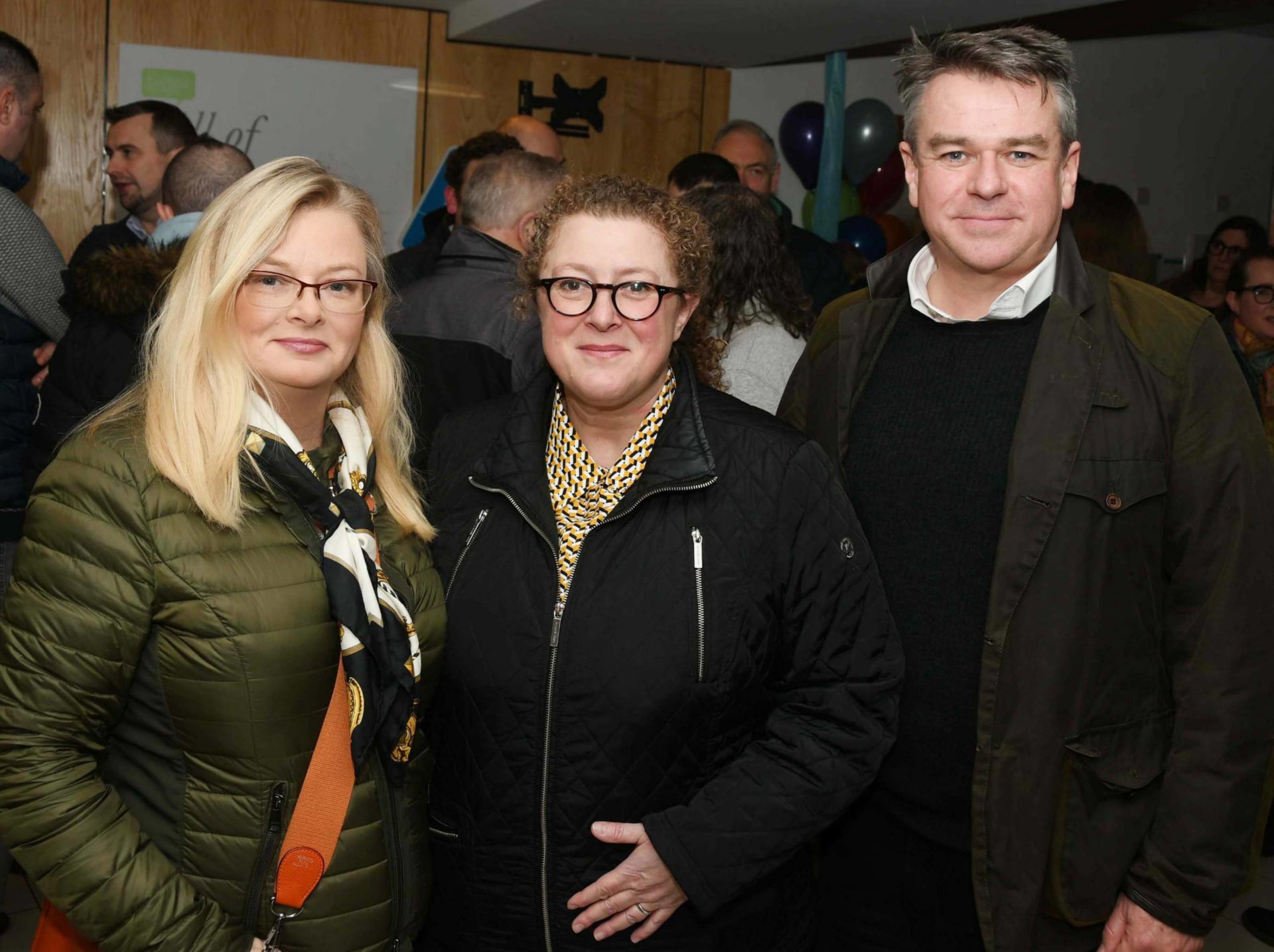 Next year also marks the 140th anniversary of the Western People, one of Mayo’s oldest businesses, which was founded in Ballina in the summer of 1883. The Western has a range of exciting plans for next year that will draw on the newspaper’s rich heritage, as well as involving young people in Ballina and its hinterland as we look to a digital future.

Editor James Laffey said Western will be working with readers and advertisers to make the most of the two significant anniversaries in Ballina in 2023.

“The Western has chronicled life in Ballina for almost half of the town’s 300-year existence, and our sister paper, the Ballina Herald, which was incorporated into the Western in 1962, was publishing news from Ballina as far back as the 1840s. There is a vast archive available to us, both photographically and editorially, and we intend to use Ballina 2023 to make our rich heritage available to the public through a series of special publications and exhibitions.”

Full details of the Western People’s programme for Ballina 2023 will be announced in January.