James Horan has given his first exclusive interview since stepping down as Mayo senior football manager last June. 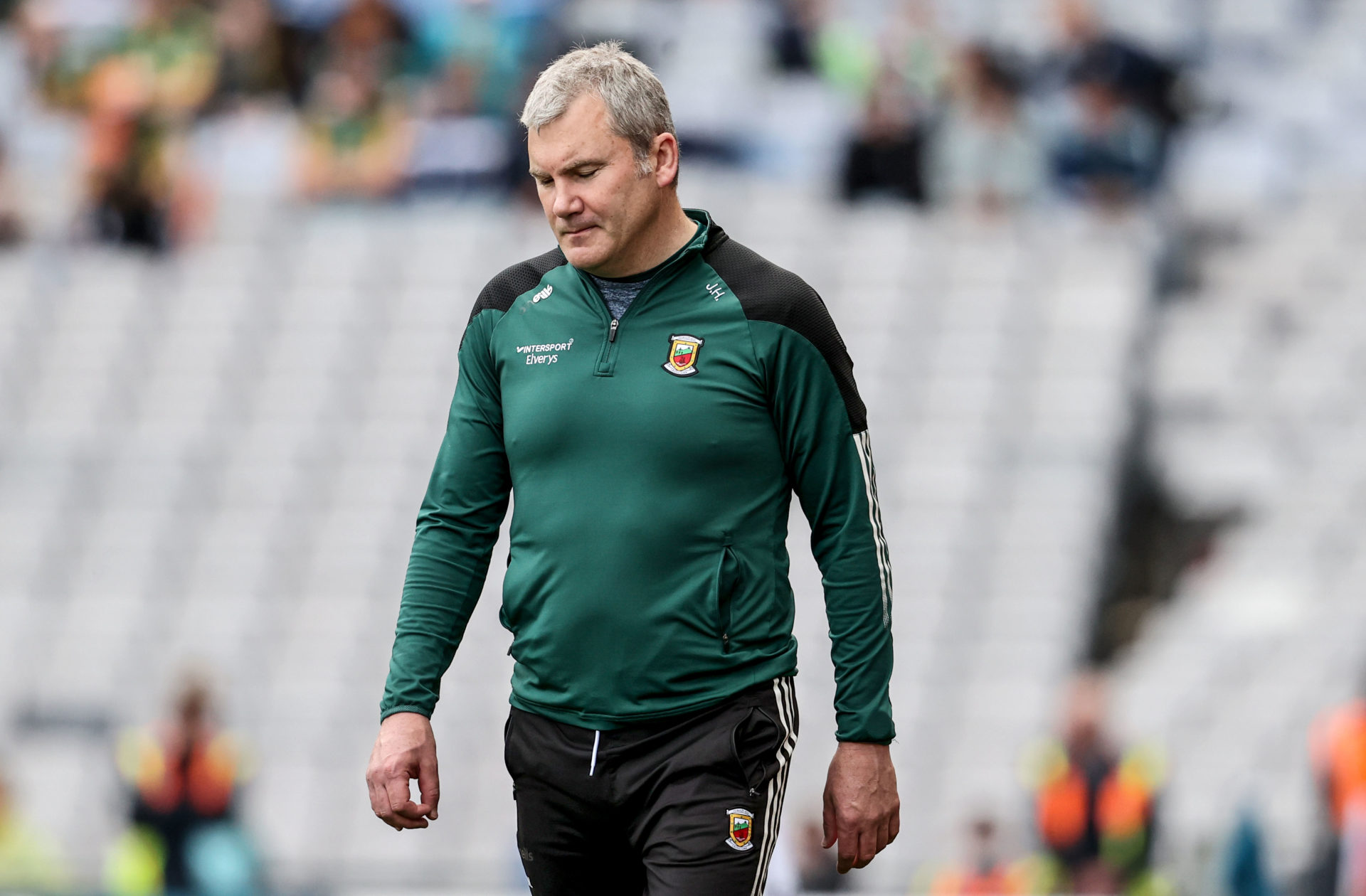 The Ballintubber native went on the The Football Pod with James O’Donoghue and Paddy Andrews and host Tommy Rooney, which aired on Monday.

He spoke about life since stepping down, his early days as Mayo manager and Oisín Mullin heading to AFL, among a wide range of topics, including Mayo’s 2021 All-Ireland final loss to Tyrone.

Horan said that it changed people’s perspective within the county.

“We beat ye guys (Dublin) in the semi-final and we were the world’s best and everything is unbelievable and we go out three weeks later and we don’t do it and we’re the world’s worst,” Horan said.

“There was so much expectation, ‘we had finally beaten Dublin in a championship and it’s only a matter of time’. Tyrone weren’t a bad team, they had beaten Kerry in a semi-final, so it wasn’t just like we were going to rock up and win it.”

Horan says that after that “things went crazy”, particularly in the local media.

“Things went crazy after that, local media in particular I’d say. The approach I had taken over the last number of years was – we kept cards close to our chest because we thought that was right for the players, we had so many young players. So, we thought that was the right way to do it,” he said.

“The local media in particular were very disappointed with the relationship we had with them or the information that we were giving them, so when things go wrong, you learn after being seven or eight years as an inter-county manager, there’s going to be people who aren’t happy with how you do things.

“I remember myself and Ciarán Mac (McDonald) were in our house having dinner and next thing, ‘the night before we had a row in a car park about something’. We were looking at each other going, ‘is this for real?’

“There was things then like, ‘no denial or no comment from management’, no reporter ever rang us. That added fuel, you know with Twitter now, there’s no truth anymore. The truth’s gone out the window and it becomes whatever propels the most.”

You can watch Horan’s full interview with The Football Pod below: