County Board “unhappy” at state of resurfaced MacHale Park

Significant concerns have been raised about the state of the pitch at Hastings Insurance MacHale Park just months after a major resurfacing project at the home of Mayo GAA.

The installation of a new and improved drainage system, a lengthening of the pitch by five metres and a complete reseeding got underway to much fanfare in August 2021, with Mayo County Board launching the Laochra Maigh Eo ‘wall tiles’ fundraiser to part finance the project that carried an estimated cost of €250,000. 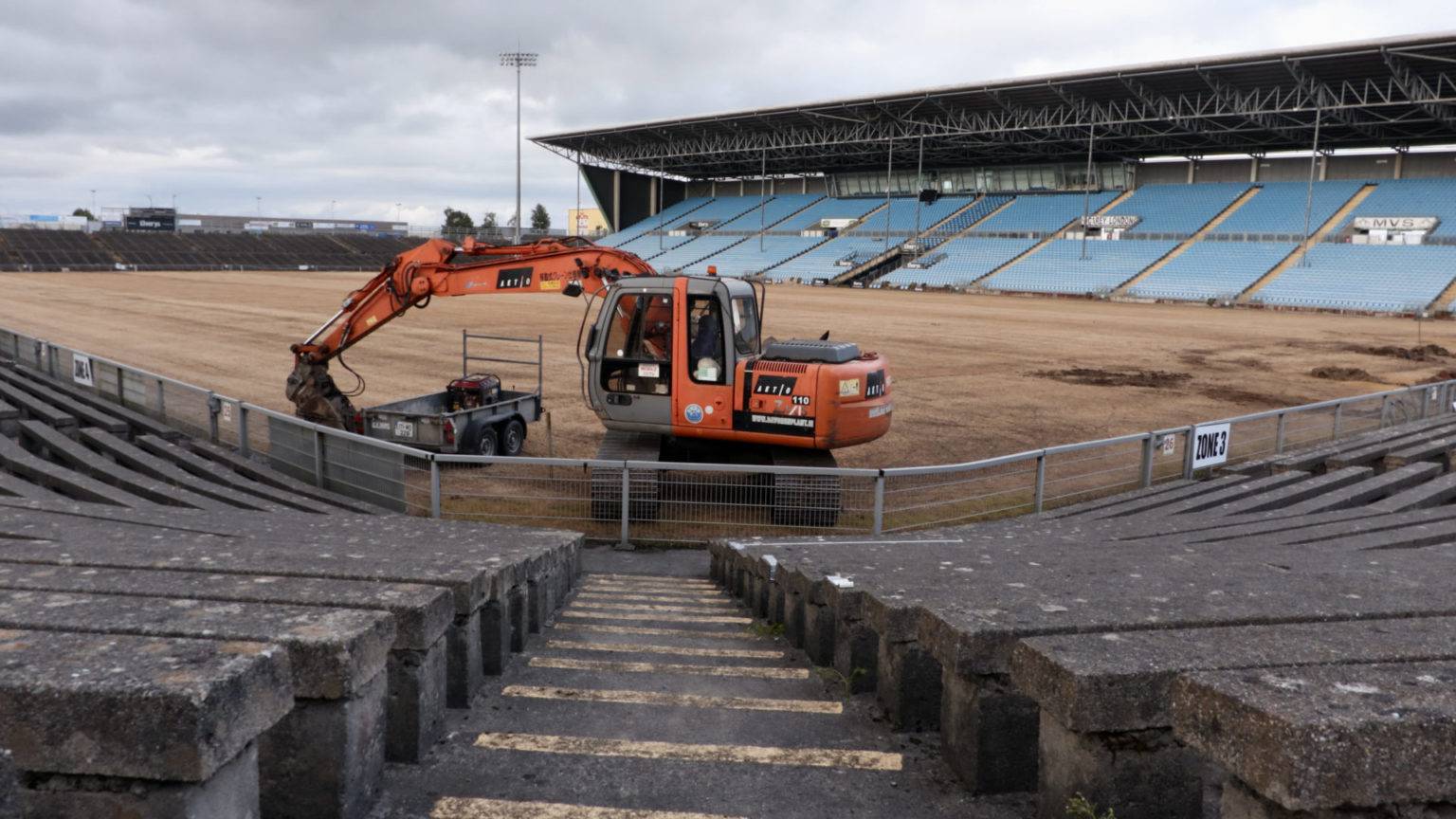 Issues have arisen since the resurfacing of the pitch at MacHale Park that Mayo County Board is urgently trying to address.

The closure of the pitch necessitated the Mayo senior football team playing the entire 2022 Allianz Football League campaign outside of the county before the new surface was deemed fit to stage the Green and Red’s Connacht championship clash with Galway. However, Mayo GAA officials were having to meet the contractor on-site last Thursday to discuss issues that have arisen with the playing surface, with wear and tear on the stand-side sideline and in the Davitt House End goalmouth of particular significance.

“It’s quite challenging at the moment and we’re not happy with it,” Mayo GAA chairman Seamus Tuohy admitted to delegates at last Wednesday’s monthly County Board meeting.

“We have to meet with the contractors and see where the problems lie and see what can be done. It will be addressed, that’s all I can say.”

Tuohy said the problems were exacerbated by the amount of games played on the pitch around the time of the county finals and by the amount of rain that has fallen in recent weeks. Cameras have already been placed into drains to explore whether there are any blockages beneath the surface.

One remedy that Mayo GAA is actively pursuing is to lay a totally synthetic surface along the stand-side touchline, an area of particularly high traffic and which is heavily impacted by the fall-off from the roof of the main stand.

The pitch resurfacing was also financed by a Sports Capital Grant and it has since been confirmed that Mayo GAA has received a further €100,000 grant towards health and safety work at Hastings Insurance MacHale Park, money that chairman Seamus Tuohy says has helped with repairs to lighting, the PA system, and “other health and safety issues” yet to be addressed.

The ground, as a result, has been declared fit to host floodlit matches in the upcoming Allianz Football League.

It has been provisionally agreed that Mayo will open their campaign at home to All-Ireland finalists Galway on Saturday, January 28, but whether subsequent home games against Kerry and Tyrone will be played under floodlights or on Sunday afternoons are as yet unclear.

Mayo’s final home game will be on Sunday, March 26, against Monaghan while their away fixtures are against Armagh, Roscommon, and Donegal.