Players from Foxford and Easkey were part of the Ireland team that won bronze at the World Championships of Futnet in Prague earlier this month. Foxford natives Jamie Mulrooney and Peter Ryder and Steven Conway from Easkey have been representing Ireland at Futnet since they first started playing the game while students in Maynooth twelve years ago. 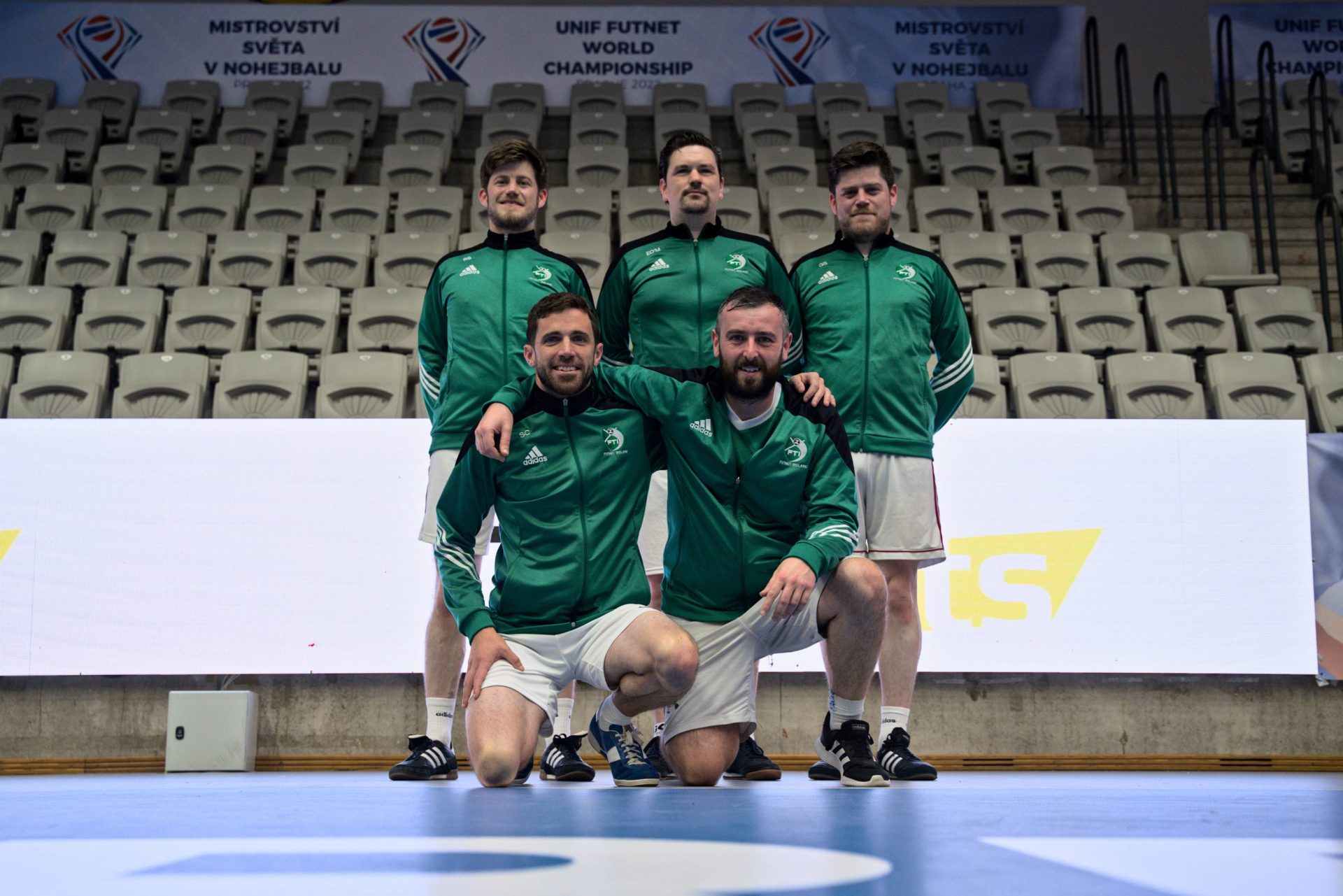 Futnet is played on an adapted tennis court with a regulation soccer ball. The game blends elements of football, volleyball and tennis, with the aim being to return the ball over the net using the foot or the head to score points. The game is played in singles, doubles and trebles formats, and the Irish team won bronze in the trebles B division in Prague.

Steven Conway said this week that the team, which also includes players from Kildare and Dublin, was formed while they were all in college together.

“We just googled it to see if it was a real sport!” said the Easkey native. “It turned out that it was, and there was a World Cup coming up in Istanbul at the time. We emailed them to say we were the Irish team, because there was no other Irish team. They got back to us two weeks later to say we could come as a wildcard. We’ve been at it ever since.”

The team has enjoyed some notable successes in their time together, including winning a gold medal in the singles discipline at the World Championships in 2016. They had limited prep time for this year’s championships but were still able to come away with some silverware, defeating Austria by two sets to one in their play-off final to take the bronze. 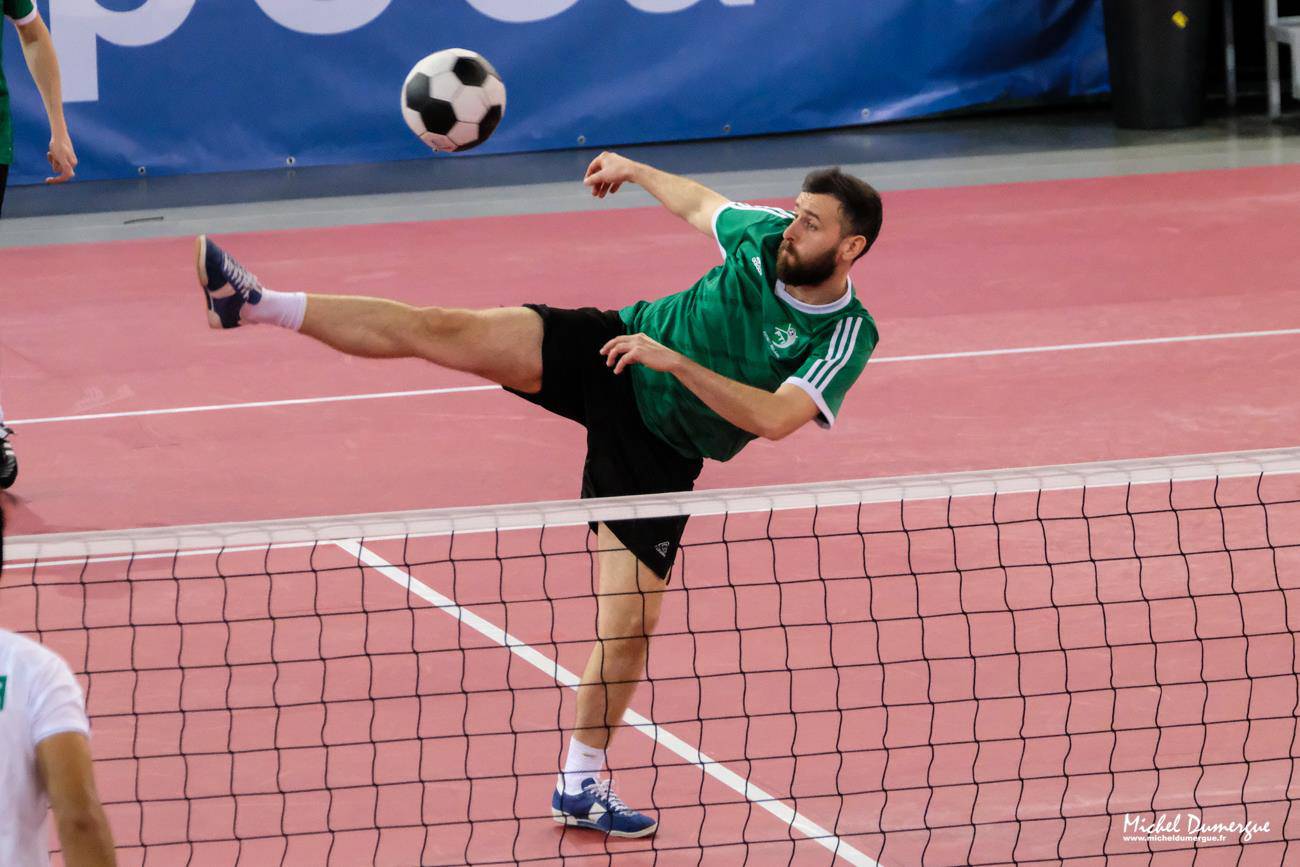 Jamie Mulrooney from Foxford in action for Ireland at the Futnet World Championships in Prague.

“This whole year we weren’t able to train at all before the World Championships because of different family events, weddings and funerals and stuff. We had a difficult year of preparation before the tournament. But in general we’d practice in Foxford, in the community centre there, or up in Maynooth,” said Steven.

“We were happy enough to come home with any sort of trophy, considering we hadn’t been able to practice all year. But really we should be aiming to take gold in the ‘B’ division in the next championships, if not getting into the ‘A’. It’s just difficult to get a whole year of training under the belt.”

The championships in Prague were a major event. In what was the centenary edition of the Futnet World Championships, teams representing 20 countries from around the world travelled to take part.

“It was really well done,” said Steven. “It had been delayed because of Covid so there was a lot of pent-up excitement. It was in the O2 Arena in Prague, and it was packed out for the couple of days. For the finals there were nearly 6,000 people in the stadium, so there was a great atmosphere.”

Over the course of their twelve years together, the Irish team has also branched out into hosting tournaments of their own.

“We organise a competition called the Emerald Cup, where we invite teams of a similar level to us like Austria, Denmark and a few other countries,” explained Steven. “That’s really taken off; each of the other countries have taken it on themselves. We’ve been invited to Austria next year.”

All of the players on the Irish team have a background in football and are still involved in the standard version of the game in one way or another; Steven currently manages the junior side at Kilglass-Enniscrone United, while Jamie and Peter are coaches of the Straide & Foxford United under-17s. Their ambition is to introduce young players to Futnet over the next few years to help safeguard the future of the Irish team.

“We’re hoping next spring to get some of the young lads in Foxford playing a bit and get them interested. It’s just so hard to compete against other sports though,” offered Steven.

“We need to get younger people involved, because we’re not going to be able to play forever!”