The Soroptimist Public Speaking competition was hosted by members from the local chapter of the Soroptimists in Ballina and proved a great success with six diverse but all equally important and prevalent topics discussed by the entrants to the competition. 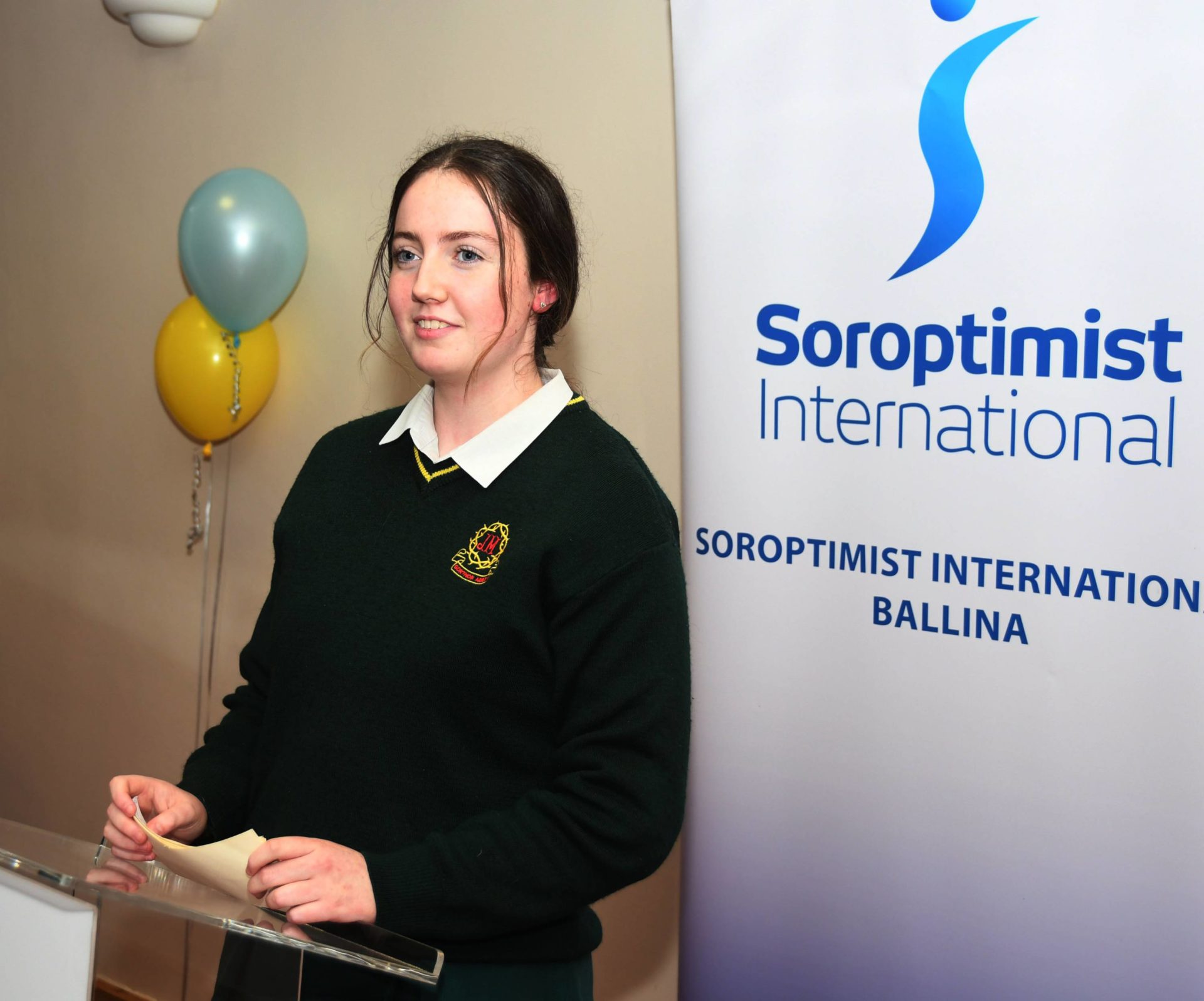 They were: People and human rights, Prosperity and health, Planet and environment, Peace and democracy, Partnership and the empowerment of women and Friendship and Volunteering.

The aim of the competition is to encourage girls to play a more prominent role in public life, to improve their communication skills and to develop self-confidence.

The two students who will now advance to the Regional Heat in Ennis next year are Grace Vesey and Grace Harris while Tara Healy finished in third place.