Phase one of the Céíde Coast Eco-Campus was officially opened last Saturday in Ballycastle. 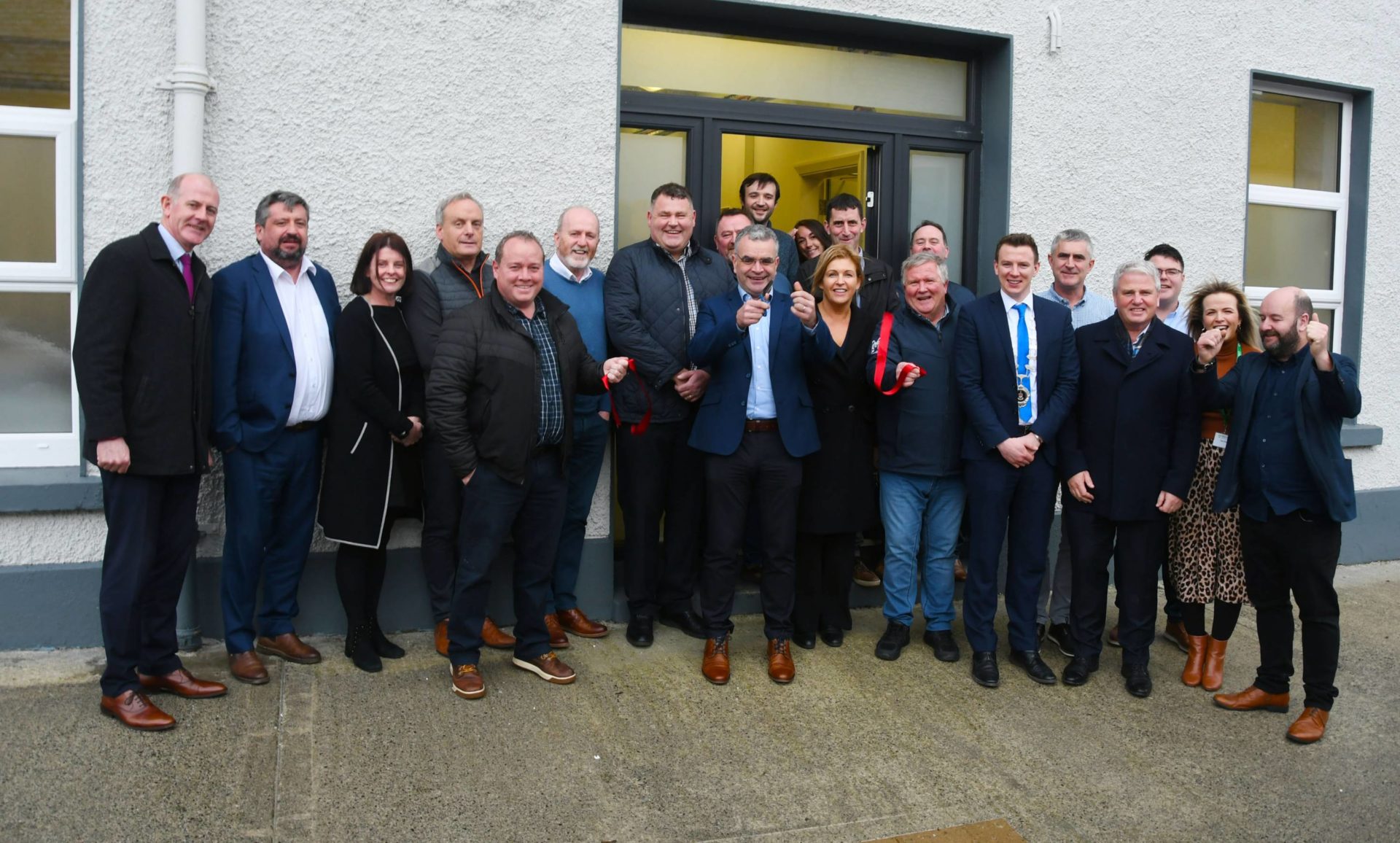 The innovative project was brought about to bring life back to the old Stella Maris Secondary School building which had lay in ruin in the centre of Ballycastle since it closed in 2000.

Thanks to the work of the Céide Coast Community Company, the ground floor of the old secondary school in Ballycastle has been sympathetically transformed from a dilapidated state and is now a modern bright space for education and networking.

The Eco-Campus, located in the heart of Ballycastle, will provide a facility for students who are looking to study environmental topics in the local area and office space for hotdesking and for local entrepreneurs to meet and collaborate is also provided.

The Mayo Sligo Leitrim Education and Training Board, who owns the convent building, plan to hold classes at the Eco Campus in the near future and worked with the Community Company in their ambition to transform the site into a new training and business hub.

Chairperson of the company Paul Madden said they are delighted to get the project over the line and are now excitedly looking ahead to the next phase of development.

“The opening of the Eco Campus would not have been possible without Cllr Jarlath Munnelly’s sponsoring the development of the campus. Mayo County Council has set aside in funding for local projects in Mayo and the Céide Coast Eco Campus could not have moved forward without this backing.”

The official opening was conducted by Dara Calleary TD, who has been supporting the groups projects, in particular, a flagship Downpatrick Head to Céide coastal walk that is in planning phase with Mayo County Council and Failte Ireland in the area.

All speakers spoke of their support of the project going forward and they look forward to the ongoing development of the Eco Campus in the future.

The group are expected to initiate phase 2 of building works in early 2023.