Fifa bans fans from dressing as crusaders at England match 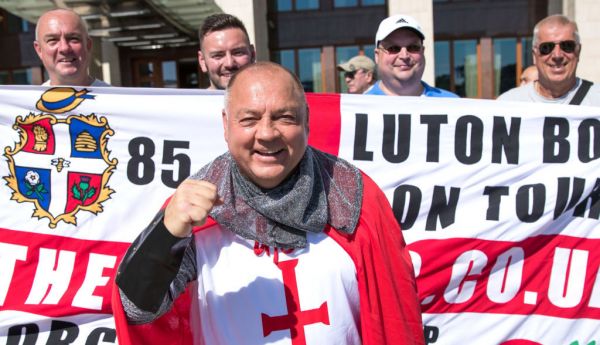 Supporters have been barred from dressing as crusaders at England’s World Cup clash with the USA in Qatar.

Fans dressed in chainmail while carrying plastic swords and shields with the St George cross have been told they will not be allowed to enter Al Bayt Stadium in Al Khor, north of Doha, according to The Times.

The newspaper quoted Fifa as saying: “Crusader costumers in the Arab context can be offensive against Muslims.”

Anti-discrimination group Kick It Out also advised fans against wearing fancy-dress costumes representing knights or crusaders, which recall the religious wars Christians waged against Muslims during the Middle Ages.

A spokeswoman for the group said: “We would advise fans who are attending Fifa World Cup matches that certain attire, such as fancy-dress costumes representing knights or crusaders, may not be welcomed in Qatar and other Islamic countries.

“Foreign Office travel advice issued before the tournament expressed that fans should familiarise themselves with local customs, and we would encourage fans to take this approach.”

A video shared on Twitter showed two fans clad in crusader costumes seemingly being turned away from entry to a Qatari stadium by security staff.

It comes after Fifa gave the go-ahead for rainbow-coloured bucket hats and flags inside the stadium as England and Wales prepare for their second games at the tournament.

The Football Association of Wales (FAW) said the governing body has confirmed fans will be allowed to enter with the items for the clash with Iran after they confiscated them ahead of Wales’ 1-1 draw with the USA.

The FAW urged Fifa to stick to their message that “everybody will be welcome” in Qatar during the tournament after the first week was marred by its handling of LGBTQ+ symbols.

England will look to build on their 6-2 win against Iran when they travel to Al Bayt Stadium.

A win will seal the Three Lions’ place in the knockout stages.

Temperatures could be around 25 degrees when the game kicks off at 10pm local time, 7pm in the UK.

Today at the World Cup: Holland and Argentina favourites for knockout round

GAA club championship preview and where to watch the games