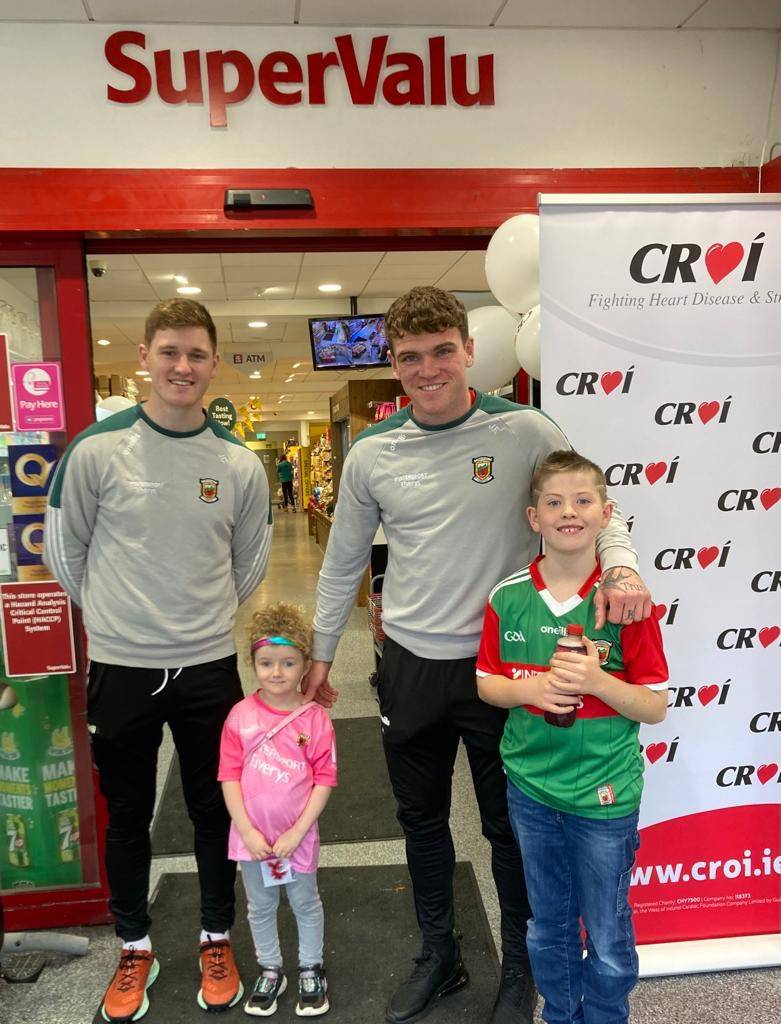 The participating cyclists covered a distance of 280 miles (450 kilometres), the equivalent of the journey from Kiltimagh to Croke Park, during the event for heart and stroke charity Croí.

Store manager Martin Lohan said they were delighted with the success of the indoor static bike fundraiser, which began at 8am and continued until the evening.

“We got to Croke Park and back easily and the two bikes were running all day and people were very generous.

“Some staff members came in during their day off and everyone did at least half an hour. We also had a raffle going on and the tickets will be drawn this week.

“We also had the Croí nurse there and she did about 20 blood pressure checks.”

“The Kavanagh SupervValu Group, which includes its stores in Mayo, the four stores in Donegal and three stores in Galway have raised a total of €40,000 for Croí.”