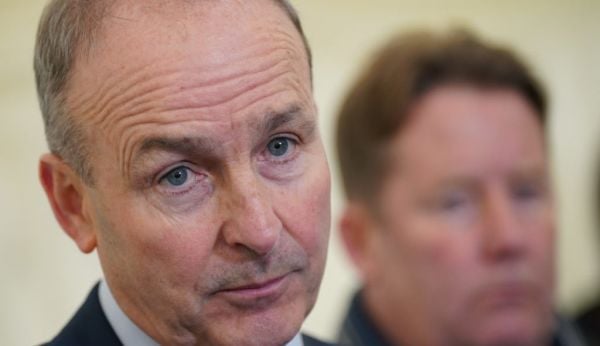 The UK government was “correct” to defer a fresh Stormont election, the Taoiseach has said.

Taoiseach Micheál Martin said an election in the midst of talks between the UK and EU on the Northern Ireland Protocol would be “polarising” and lead to “deeper entrenchment”.

Legislation is set to be introduced at Westminster later to push back the deadline by which a Northern Ireland Executive must be formed.

The UK government has a legal responsibility to hold a fresh Assembly election by January 19th after politicians in Northern Ireland failed to form an Executive by the October 28th deadline.

However, Britain’s secretary of state Chris Heaton-Harris ruled out a December election and will instead bring legislation to extend the deadline.

“I think it’s correct to pause to give the talks process between the United Kingdom government and the European Union every opportunity to come to a resolution,” Mr Martin said.

“There has been an articulated desire by the United Kingdom government and the European Union for a negotiated resolution of issues around the protocol. It seems to make sense that we would let that process take its course and hopefully lead to a resolution.”

Mr Martin said he was “not understating” the challenges that exist in trying to reach an agreement over the protocol.

But he added it is in the “best interests of all concerned” to hold off calling a Stormont election.

“An election right now in the middle of all of this could be polarising, could lead to deeper entrenchment in positions and make compromise and a resolution more difficult,” the Taoiseach said.

“So, I think the secretary of state has taken the correct decision and we support them, and we welcome his decision.”