A Croker dream coming into sight for Charlestown

In the unlikely scenario that the Charlestown ladies had been short of motivation, or inspiration, on the eve of their recent Connacht intermediate final against Kiltubrid, the young girls and boys of their club had them covered.

On the Friday night before the clash with the Leitrim champions last Saturday week, the Sarsfields girls were brought up to Fr O’Hara Park and shown pictures that the underage players had drawn and pinned around the walls of the dressing rooms, depicting the team, their favourite players, and some of the moments that had brought the East Mayo women to their first-ever Connacht final. 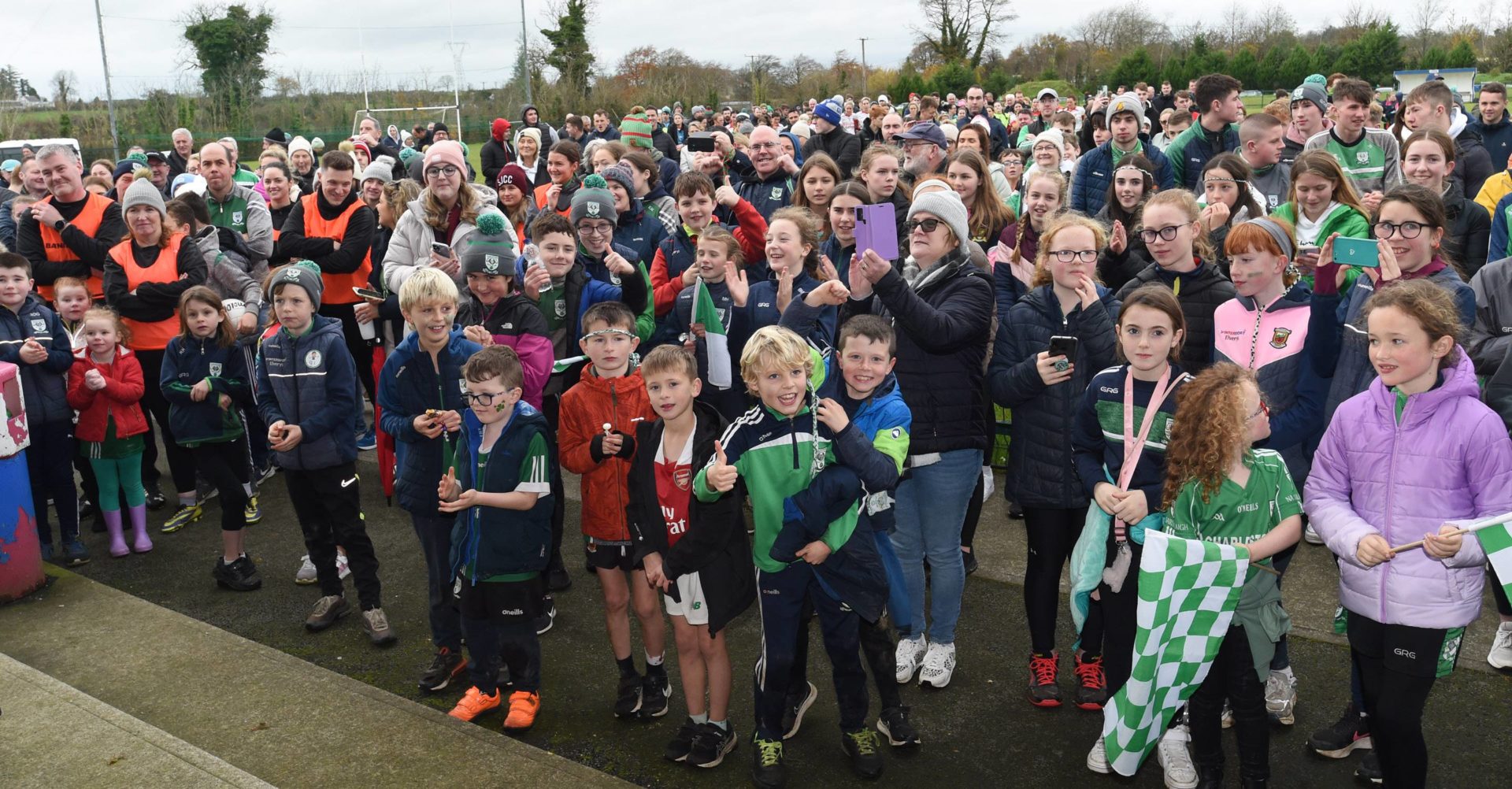 A section of the huge Charlestown support who cheered on their team to victory over Kiltubrid in the Connacht LGFA intermediate final last Saturday. Pictures: David Farrell Photography

If that hadn’t been enough, the youngsters were also out in force to line the streets on the Saturday morning, giving the team a guard of honour as they departed Charlestown to head for Ballintober in West Roscommon.

It worked a treat; Charlestown won by 1-10 to 0-12 to claim a first-ever provincial crown. In a final of impossibly fine margins, those extra morsels of inspiration provided by the youth of the Sarsfields might well have made the difference.

“I think then it really sunk in just what we are actually doing. You don’t really know until you see that,” said Charlestown captain Chelsea Doherty, shortly after lifting the provincial trophy. “It means everything.”

The supporters, young and old, had flooded the pitch at St Croan’s GAA Club in the wake of the final whistle to celebrate a historic moment for ladies football in Charlestown. The manner in which they won it, giving up a six-point half-time lead but rescuing the victory with a late Deirdre Doherty free, only added to the sense of drama.

“To be honest it’s a bit surreal at the moment, I don’t think it’s really sunk in. It’s unbelievable,” said Chelsea Doherty.

“We dreamed of winning the county at the start of the year but it’s just unbelievable that we’ve won Connacht now.”

Things had looked ominous for the Mayo champions when the excellent Michelle Guckian drew Kiltubrid level with her eleventh point of the day in the 59th minute of the hour. But Doherty insisted that Charlestown had always expected the game to come down to the final moments and had arrived ready to scrap.

“We went in at half-time feeling quite good but Kiltubrid just weren’t going to back down,” she offered. “They came out, they were strong, physical and they just gave it everything they could really. It came down to the wire in the end and we were just lucky to come out with the point.

“It’s just determination,” she continued. “The hard work that we’ve put in all year, I think, really showed. Our fitness was there, we just tried to keep going until the end. It’s just class.”

Charlestown are back in action next weekend, where they will meet the Leinster intermediate champions Longford Slashers in an All-Ireland semi-final.

Win that one, and the biggest prize of them all is on offer; this year, for the first time, the All-Ireland club senior, intermediate and junior finals will be played at Croke Park following an agreement between the LGFA and GAA. The intermediate final is down for Headquarters on Saturday, December 10 and will be broadcast live on TG4. 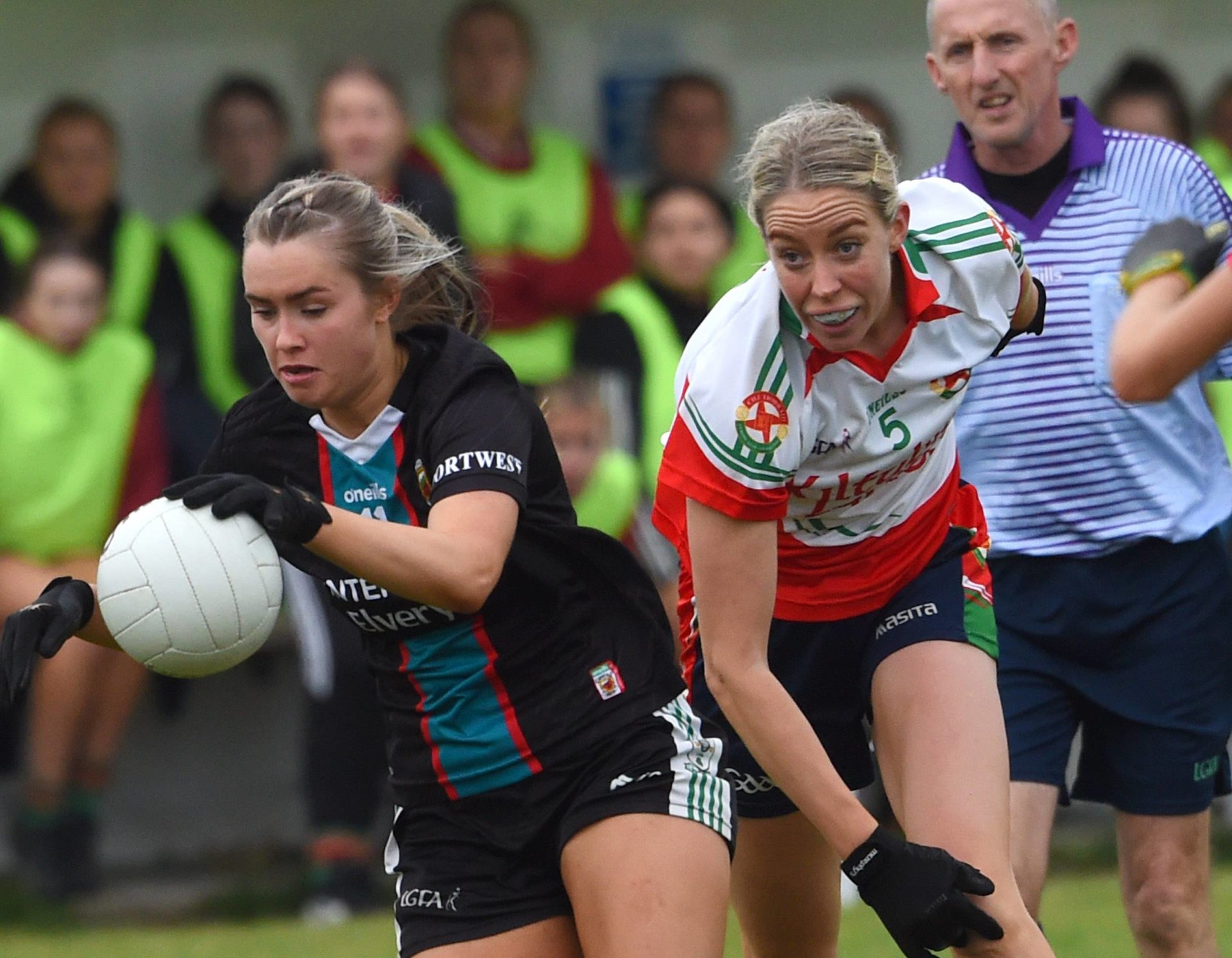 For Chelsea Doherty, there’s no reason whatsoever for Charlestown not to be in it.

“We’re one game away from Croke Park, so that’s going to push us on,” she stated. “We have no reason not to go out there and give it our all. We’ve shown that we have the determination, we’ve put in the hard work, and I just think that we’re going to go out like we’ve been doing, taking it one game at a time.

“We’re hoping to be in Croke Park at the start of December.”