Why are Mayo clubs losing ground?

By Mark Higgins
It was a slightly discomforting feeling to be at MacHale Park and see the newly-crowned Mayo senior champions get so thoroughly taken apart by their Galway counterparts last Sunday afternoon. Not necessarily because of the gaping 13-point margin at the final whistle, which was augmented by the two goals Moycullen were able to essentially walk into the net with Westport bodies committed high up the pitch in the last ten minutes. But because of what the result, and the trend into which it falls, suggests about the relative strengths of the club game in Mayo and Galway, and the nice things we like to tell ourselves about the standard of football in our little corner of the world.
Consider this statistic for a moment: between 1996 and 2004, Mayo clubs won seven out of nine Connacht senior championships, those titles spread out between four different clubs (Knockmore, Ballina, Crossmolina and Charlestown). In the 18 years since (17 championships, as 2020’s wasn’t played), Mayo clubs have won the provincial title just three times. The most recent of those was back in 2015 when Mitchels won their second in three seasons by toppling the almighty Corofin. The respect due to that Castlebar team only grows with the passage of time. 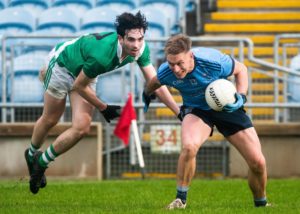 Sunday’s result means the wait for a Mayo club to win the Connacht senior title will continue into an eighth year in 2023, the longest such gap between titles since the late 1980s, when Roscommon’s Clann na nGael won Connacht six times in a row. And without wanting to sound too downbeat, there aren’t very many reasons for genuine optimism that the wait won’t extend beyond 2023.
There’s probably a bit of navel-gazing going on here, admittedly. There are several factors worth considering when looking at Mayo clubs’ winless streak. A major one was the dominance of a brilliant Corofin team, which only started to wane at the end of the decade. The North Galway men collected Shane McGettigan cups like barmen collecting empties after a wedding for a few years there, with only Mitchels able to sporadically stand up to them within the province. That Covid season is also a big what-if: Knockmore were probably at their peak in 2020 and would have given the province a nice rattle had the competition gone ahead.
But watching Moycullen put Westport to the sword so ruthlessly raised some uncomfortable questions about the standards of the club game on either side of the border. We’d be wary of reading too much into a single game if the game stood in isolation, but a trend has developed here that is worth examining.
The easy excuse is that Westport just didn’t turn up; they summitted their mountain by winning a first-ever county title, rightfully enjoyed their celebrations and bowed out without too many regrets. But while it’s certainly the case that the Coveys underperformed, the theory doesn’t really hold water. Moycullen won their Galway final against Salthill/Knocknacarra on the same day that Westport beat Ballina; are we to believe they didn’t do their share of celebrating too?
You might argue that this was Westport’s first-ever excursion into the Connacht senior championship and that their inexperience got the better of them. But this was Moycullen’s first-ever game in the competition too. They have only won two Galway senior titles in their history, and the first was in 2020, when there was no Connacht championship. And they didn’t have the recent experience of a successful Connacht intermediate campaign to draw upon either, as a sizable chunk of the Westport panel had from 2017. The lads from the shores of the Corrib sure didn’t look overawed by the new environment.
If this reads like a criticism of Westport, it absolutely is not. They have had a terrific season and are worthy county champions. They’ll be around for a long time to come yet and if any team in Mayo does look capable of winning a Connacht title in the near future, it’s them.
But Mayo clubs are falling behind in Connacht and it’s incumbent on the custodians of football in the county to figure out why that is and to attempt to reverse the slide. Why exactly is it that our best club teams are losing ground?
Is it the charitable old theory about the Ulster senior championship: that the internal quality is actually too high, and the fare so competitive that the teams who do eventually emerge from the maelstrom are too battered and bruised to be much use for anything outside the province?
You’d have your doubts. This year’s Mayo club championship was no classic, it’s worth pointing out. You could probably count the amount of genuinely high-quality games across the whole senior championship on one hand. The county final was ferociously competitive, but the actual quality of the play wasn’t of an exceptional standard by any means.
Mayo club football right now is full of brilliantly-conditioned athletes and plenty of innovative coaches, but there is an emphasis on defensive systems and low-risk approaches that has a stifling effect on the product being served up. And, increasingly, it is leaving our clubs under-prepared when they go outside our own walls. Westport are not a defensive team – at least not by Mayo standards – but they have become used to playing teams who are set up defensively. When, on Sunday, they encountered a free-flowing Moycullen side with Kelly boys galloping from every angle and Dessie Conneely putting on a magic show, they simply didn’t know what to do.
Westport manager Martin Connolly said as much after the game. “We came up against a really good team who were firing on all cylinders and we just couldn’t deal with it.”

Moycullen are an excellent side who prioritise the attacking side of the game. It’s very hard to imagine a Mayo club, any Mayo club, putting up a tally of 3-18 in a Connacht championship game against quality opposition, because our club teams just aren’t geared toward that sort of all-out attack at the moment.
The other big issue – one that didn’t originate today or yesterday – is score-taking. Connolly touched on this too. Moycullen converted 90 percent of their shots on Sunday, he told us. Westport’s rate was 39 percent. Now, 90 percent is a freakishly high return, all the more so in the month of November. Moycullen somehow only kicked one wide over the course of the hour. But the difference is still stark, and very telling. 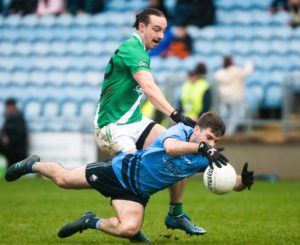 And it wasn’t even the first time this year that a Mayo club crashed out of Connacht on foot of poor shooting. Cast the mind back to January, when Knockmore took on Padraig Pearses in the Connacht final in Ballina. In a game they could and arguably should have won, the Mayo champions kicked fourteen wides to the Roscommon champions’ two, and duly lost by two points.
For Pearses’ Paul Carey that day, see Dessie Conneely last Sunday. Forwards whose boots got hot and whose every shot found its target. Forwards who can reliably, consistently, kick four or five points from play to help their teams win big games. The kind of forward we simply don’t produce with any regularity in Mayo, a problem that hinders our clubs and has obviously been a millstone around the county side over the years too. It’s been pointed out elsewhere already, but Conneely isn’t even a regular starter on the Galway team, battling for his place with similarly natural score-takers like Shane Walsh and Rob Finnerty.
This isn’t a new problem, and nor is it one that will be fixed overnight. For all the changes the game has undergone in recent times, kicking the white ball over the black spot remains the single most difficult skill in Gaelic football, and the single most valuable. It’s probably past time for us here in Mayo to start placing a little more value on it.