One bad day should not spoil historic year, but there are broader concerns

I fancied Moycullen to win on Sunday but did not foresee that margin of victory. That was a drubbing and a very impressive performance by the Galway champions. The benign weather and the solid pitch surface lent themselves to a thoroughly enjoyable game throughout.

I’ve always been impressed by Westport’s conditioning and physicality but they met their match at the weekend. Even without Peter Cooke, Moycullen dominated the midfield exchanges as they had a number of giants ruling the roost aerially. Tom Clarke looks a very good club footballer. I’m not sure of his age or if he has the capacity to play at a higher level but I am sure his recent performances will put him on Kevin McStay’s radar. He has been one of the more dominant and consistent club midfielders in Galway for the past three seasons and that feat is not to be sneezed at.

The Kelly brothers were all magnificent. Sean, Paul and Eoghan have great ball skills and are powerful men who can get up and down the pitch. They looked every inch the county players. Sean was understated but brilliant, if that makes sense. Everything he does is stamped with class and each time I see him I am more and more convinced that he is one of the best all-round footballers in Ireland at present. 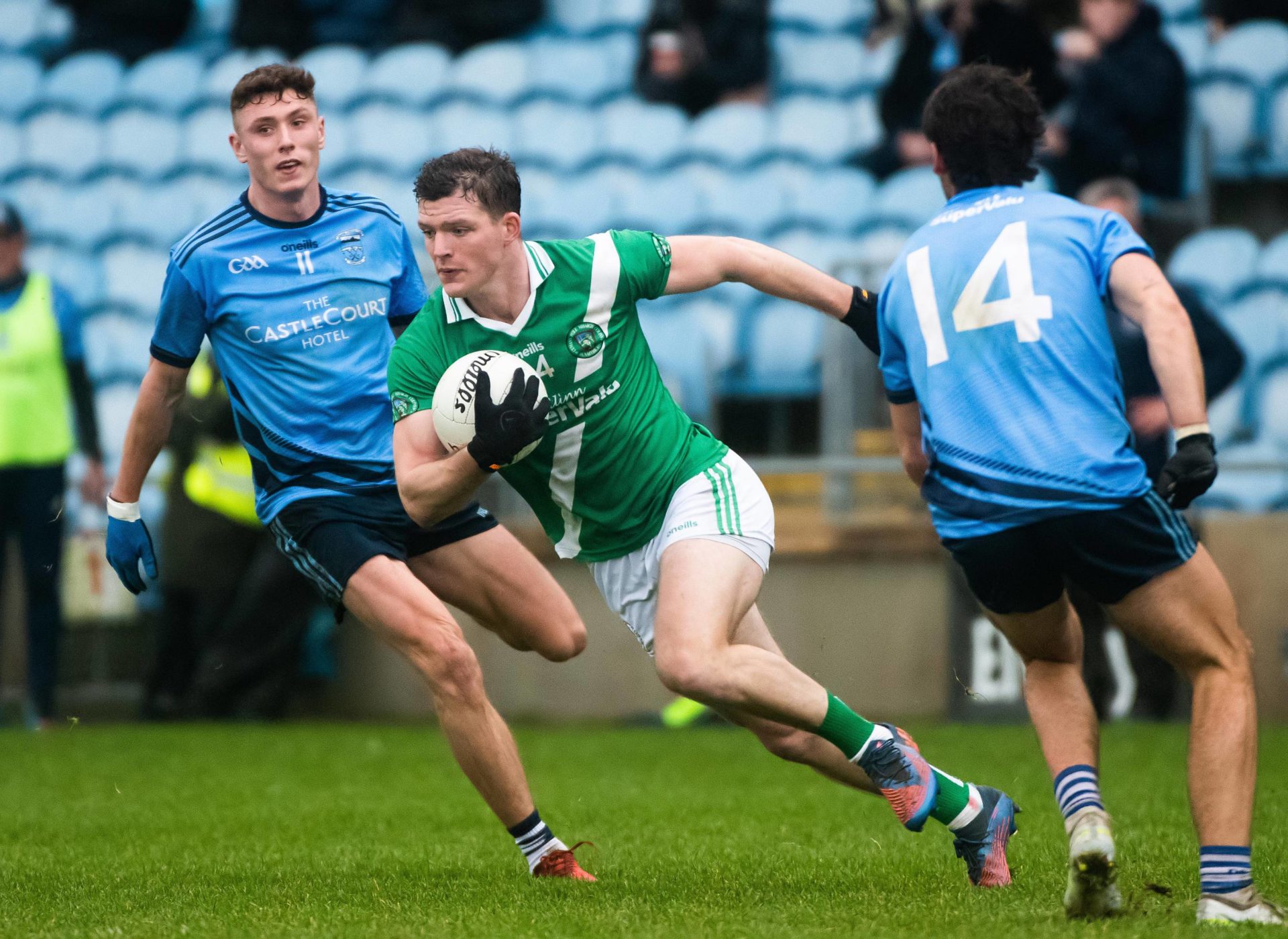 Not only are Moycullen a physical team but they can play ball too. All their players have lovely soft hands and their two second-half goals were beautifully manufactured. They treated the O’Neills like a hot potato as they popped it from one attacker to the next, always giving the ball to the player who was in the best position. Moycullen is a big basketball town and their football team’s players’ sharp handling bore evidence of years of ball drills and scrimmages with the Spalding balls. A lot of their players would have played basketball in their school days and with the local club which plays in the National Super League. Indeed, all the Kellys have excelled on the hardwood floors with Eoghan just recently returning from a basketball scholarship in the USA. Paul has been tipped to follow a similar path but the lure of rising Moycullen and Galway GAA teams will probably keep him at home.

Owen Gallagher was another player who grafted and connected play cleverly around the middle. Like Sean Kelly, you could not pick out one or two amazing things he did in the game but on a re-watch you’d probably see him touching the ball 25 or 30 times and always making good plays. His experience and presence were telling as Westport’s young guns struggled to pin him down.

While Moycullen had workers and pragmatists in the middle, up front Dessie Conneely brought the magic. It was the ‘Dessie Show’ in the first-half as Westport could not get to grips with Moycullen’s diminutive captain. He is not tall but is stocky and he has a great burst of acceleration to give himself a yard when shooting. And when he pulls the trigger there is usually only one result. His finishing was sublime. He gave Rory Brickenden a scorching and you know you are doing something right as a forward when the bat signal goes up for Lee Keegan to come back and try to rescue the situation. He hasn’t really shone at inter-county level yet, maybe his stature isn’t fully suited to the moderncounty game, but he is a superb club player who showed his skill on Sunday.

Overall, Moycullen were much slicker than Westport in the forward division. Westport had their chances to make the game tighter but you just felt that Moycullen always had them at arm’s length and could respond at will. Killian Kilkelly tried manfully and looked dangerous but he was ploughing a lone furrow in attack. Their attacking efficiency was poor and the tactic of bringing Paddy O’Malley forward for long-range frees failed to reap dividends. I’m of the opinion that it is much better to move frees quickly when chasing a game in order to build a bit of momentum and tempo. Bringing a goalkeeper forward kills time and plays into the hands of the team that is ahead. The one occasion Westport took a quick free in attack they fashioned a gilt-edged goal chance. In general, they just looked a little greener and less street-smart. That is totally understandable given the fact that they are just beginning their journey and have a very young team.

Given it was their first senior championship victory, they probably partied hard in the aftermath of the Mayo county final. They were dead right to do so as those great days are not everyday occurrences but it probably wasn’t conducive to optimal performance at the weekend. By all accounts, Moycullen enjoyed their night after defeating Salthill/Knocknacarra two weeks ago but drew a line under that success and switched into provincial championship mode pretty quickly. Having won their maiden Galway title in 2020, the hard partying was done then and all this year’s focus is on making a mark in Connacht and further afield. Going by the weekend’s showing, they are definitely All-Ireland contenders.

Moycullen’s county players really showed up on Sunday whereas some of Westport’s star men will be disappointed with their afternoon. Lee Keegan pushed hard in the second-half when trying to instigate a comeback and but for a fantastic save by Andrew Power in the Moycullen goals he would have another brilliant goal to add to his catalogue. He was sort of betwixt and between though. They needed him to quieten Dessie but also to bring power and drive to the midfield battle.

Mark Moran flatters to deceive in the full-forward line. The best game I ever saw him play was at centre-forward in Tuam in the National Football League against Galway in the first outing after Covid. He looked to me to be a natural, head-up, creative 11, doings bits and pieces while playmaking. He has never looked as comfortable in the full-forward line with his back to goal as he is not a natural scorer. Maybe in the absence of his brother Colm’s scoring threat they needed him inside but I would like to see more of him further out the field.

It was good to see Eoghan McLaughlin make an appearance as a substitute but he did not look match fit and was withdrawn before the end. Injuries have made 2022 a frustrating season for McLaughlin so he needs to get all his ailments fully cleared and get a good pre-season under his belt ahead of a big 2023.

On a macro-level, what does Sunday’s result say about the current state of Mayo and Galway club football? I think it’s pretty clear that Galway club football is stronger right now. That is not an over-reaction based on one isolated result though as if you look deeper at the stats you’ll see that a Mayo club has not won the Connacht senior club championship since 2015 when Castlebar Mitchels beat Corofin. When you consider that Moycullen were pressed to the pin of their collars by Mountbellew/Moylough and Salthill/Knocknacarra you get an idea of the depth of the Galway Championship. Without even mentioning Corofin who are not as formidable anymore but still a decent side.

What struck me about this year’s Mayo championship was that in spite of its competitiveness and tightness, there was no real sparkling forward play. Ballina Stephenites were by far the most expansive and exciting team but even they were snuffed out in the final. It is one thing I have noticed from playing adult football in Mayo for fifteen years and in Galway for five years – the forward play is just a little smoother with Galway teams. Nearly every club in Galway has a Dessie-esque forward who knows where the posts are and the ball invariably moves quickly and directly from the middle.

A bad day at the office for Westport but that should not spoil a historic year when real progress has been made. For Moycullen, the sky’s the limit.