Charlestown Sarsfields enjoyed one of the great days of their modern history last weekend, as their ladies footballers emerged from an absolutely gripping Connacht final with a one-point win to claim a first-ever provincial crown.

The only downside, for the Sarsfields die-hards, must be that it took a Ballaghaderreen man to lead them there.

To be fair, Fergal O’Gara is surely an honourary Charlestown man by now. If leading the team to a Mayo intermediate crown last month wasn’t enough to seal his official adoption by Healy country, then backing it up with a Connacht title surely is. 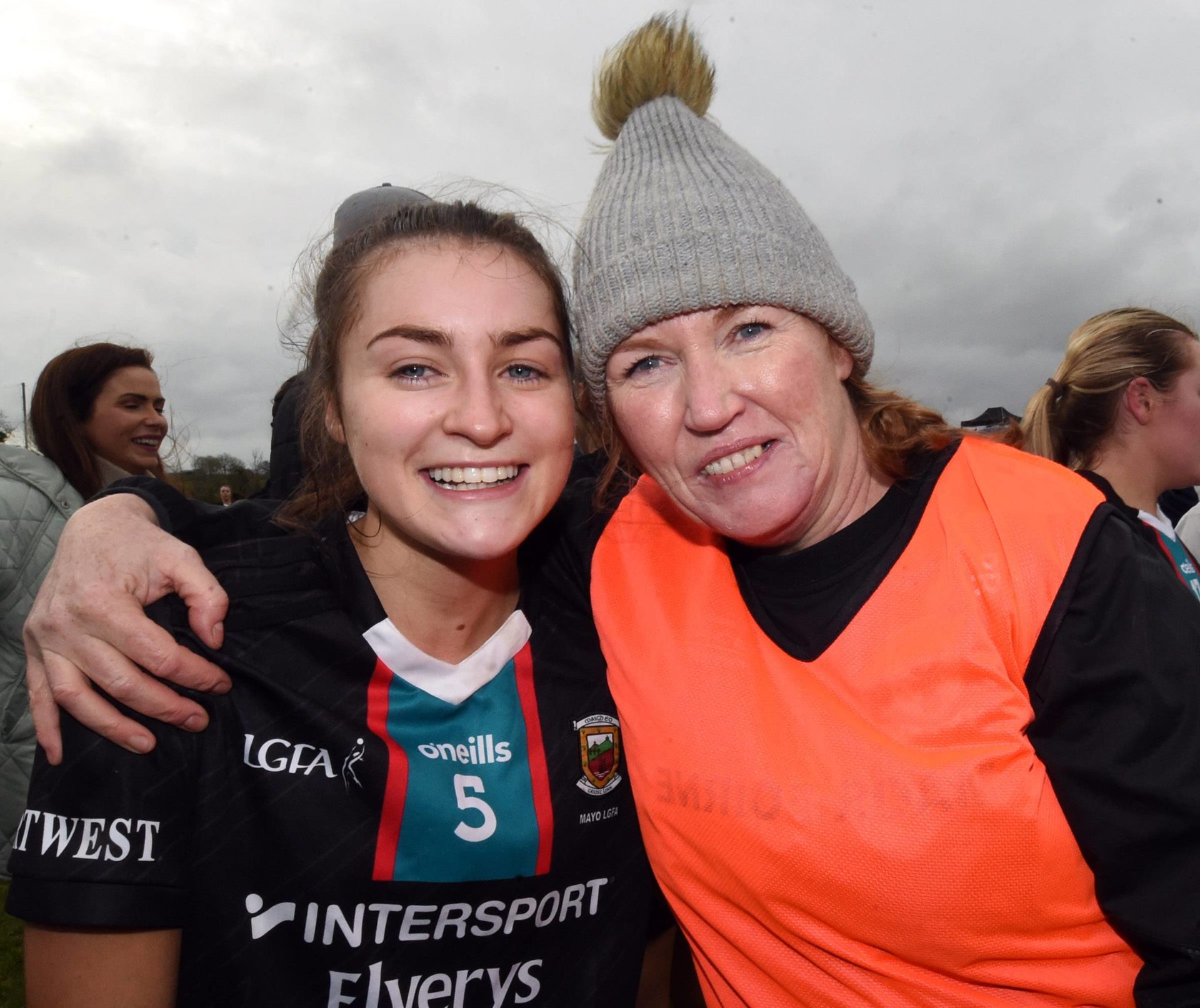 “What an absorbing game of football, my God.

“It was, from start to finish, two teams going toe-to-toe like that.

“The wind obviously made a big difference, we didn’t get our scores as easily in the second-half, but that was always going to be the way against that breeze.”

O’Gara, who co-manages Charlestown alongside Patricia Ruane with assistance from Paul McNicholas and Grainne Pearce, was fulsome in his praise of Kiltubrid.

The Leitrim side had battled their way back into the game from what had seemed a daunting six-point deficit at the interval to draw level entering injury time, with inter-county star Michelle Guckian leading the comeback in a devastating exhibition of full-forward play reminiscent of a peak-era Cora Staunton.

“They were savage, the two teams,” said O’Gara.

“We had the better of it in the first-half, I thought we were well in control of it.

“I hoped we could kick on a few more scores in the second half, but they just didn’t come.

“Kiltubrid are such a big, strong, physical outfit, and footballers to beat the band as well. It’s just savage to come out the right side of it, savage.”

The game-winning point had come, via a free, from Charlestown’s full-forward and talisman Deidre Doherty, deep into second-half injury time.

It was just Charlestown’s second point of a second-half in which they were undeniably second-best, but it arrived at a moment when all of the game’s momentum seemed to be behind Kiltubrid.

According to O’Gara, the point, and the work that went into its creation, evidenced the hunger and determination that his players have been showing all year.

“There was a massive interception just here (in midfield) and the girls knew they could work one more opportunity, and they did,” he offered.

“They earned a free and Deirdre did what she does best, what she’s been doing all year. Savage.”