An unfamiliar feel to a neighbourly bout

The newly-minted Mayo intermediate champions Ballyhaunis take their first step beyond the confines of the county in eight years this Saturday as they welcome their near cross-border neighbours Dunmore MacHales to Castlebar for a Connacht club semi-final.

Just over ten miles separate the towns of Ballyhaunis and Dunmore, although to walk from one to the other you would actually cover three counties, with the Cloonfad area of Roscommon jutting in between the Mayo and Galway boundaries. 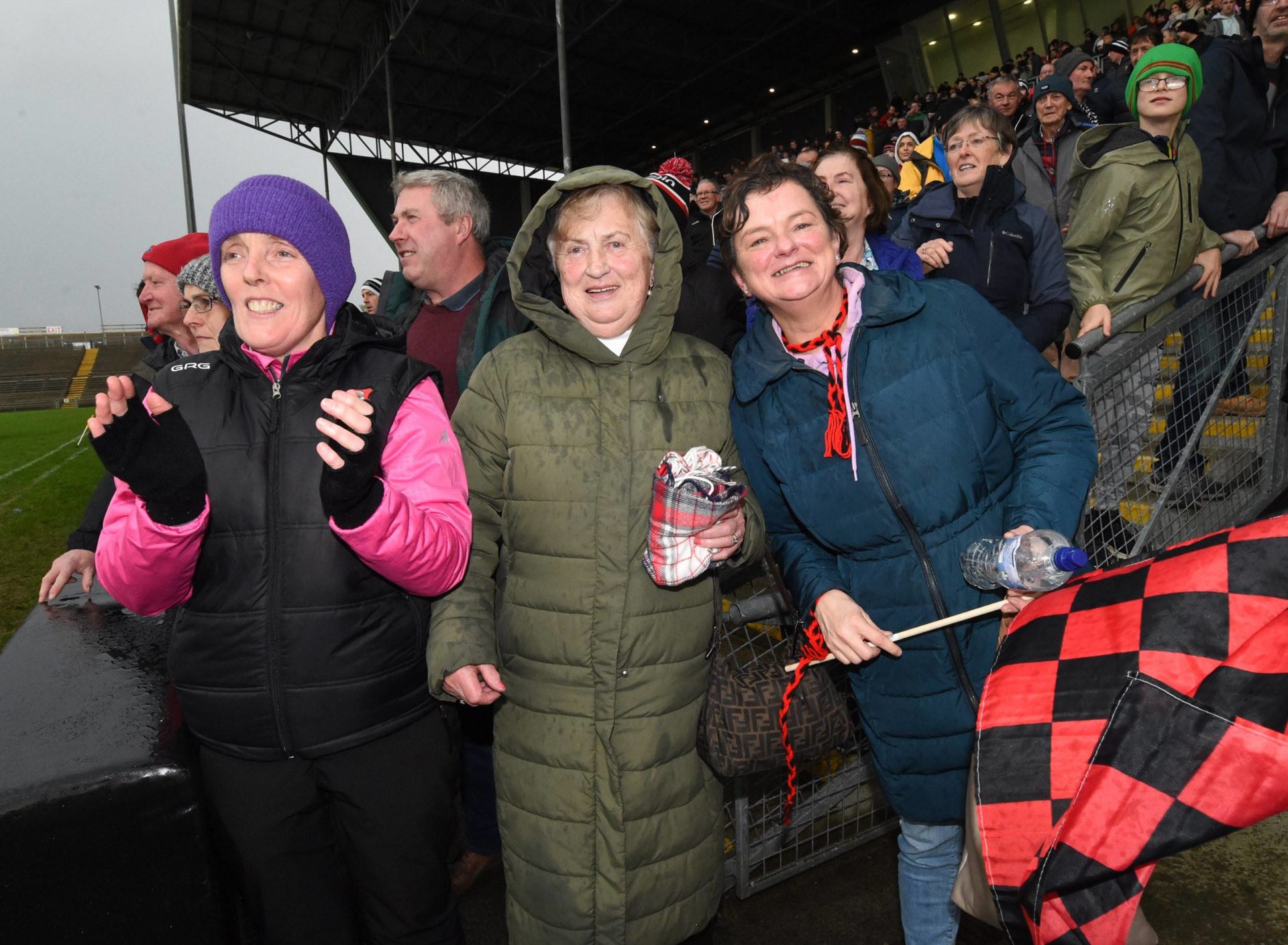 They are near-neighbours with no real history though; never before have the clubs met in a championship game.

Ballyhaunis last played at the provincial level after their previous county intermediate title win in 2014. They contested a semi-final against St Croan’s of Roscommon at Dr Hyde Park, but were soundly beaten on the day, failing to score a single point after the 22nd minute en route to a 1-14 to 0-5 defeat.

In their defence, that year’s Ballyhaunis squad was stretched incredibly thin; there was substantial crossover between the footballers and the hurlers, who contested a Connacht intermediate hurling final against Cappataggle of Galway just one week after that defeat to St Croan’s.

This year Ballyhaunis have no such distractions. By the time the weekend comes around, they will have had a break of three full weeks in which to appropriately celebrate their county final success and turn their focus toward the provincial stage.

On the face of it, Ballyhaunis have a decent chance at contending for a provincial title this year, although if they are to win Connacht, they will be defying recent history; no Mayo club has won the Connacht intermediate title since Westport in 2016 and in the six years since, only once has a Mayo club even reached the final, that when The Neale were beaten by Oughterard in 2019.

But the East Mayo men will be boosted by finally getting over the line and winning their county title after two final defeats in the previous three seasons, and can go forth into the provincial championship with much of the pressure removed from their shoulders.

The provincial competitions are always something of a jump into the unknown, particularly at the intermediate and junior levels, but Ballyhaunis have a team that looks well-equipped to compete.

Their defence is exceptionally strong, backboned by Jack Coyne and Keith Higgins, but with the likes of David Cunnane and Conor Freeley also playing some outstanding football on the run to the county title.

Team captain John Cunnane, Eoghan Collins, and Kieran Kiely form a powerful unit around the middle of the field, while Ballyhaunis have a good spread of scoring threats up front, with players such as Morgan Lyons, Jason Coyne, Jarlath Carney, Kevin Byrne, and goalkeeper Adrian Philips — via dead balls — all capable of contributing to the scoreboard.

Dunmore MacHales claimed the Galway intermediate title last month with a hard-fought 0-8 to 1-3 win over Kinconly in their final at Tuam Stadium. Like Ballyhaunis, Dunmore won this year’s county final after losing last year’s. They were beaten by a point by Naomh Anna Leitir Móir in the 2021 decider, but came back to atone for that loss this year, with their manager, Gary Delaney, saying after that win over Kinconly that last year’s defeat was a major factor this time around.

“I thought our inexperience on the day [last year] really set us back, but we just showed there today how to see out the game,” Delaney, a native of Corofin, told Galway Bay FM.

“I think last year stood to us really well today. Everything happens for a reason.”

MacHales are one of the authentic blue-blood clubs of Galway football, 15-time winners of the Galway Senior Championship and the home club of the Donnellan dynasty that won All-Irelands for Galway in the 1920s, 1960s, and 1990/2000s.

But they have not won a senior title since 1983, and had been outside the senior grade entirely for 16 seasons prior to this year’s intermediate success.

They got the better of Sligo champions St Molaise Gaels in their provincial quarter-final on Tuam on Saturday, Dunmore running out with a 1-10 to 0-8 win.

Among the key men on this Dunmore team are captain and midfielder Matthew Reddington — who was named Man of the Match in the county final win — and his brother Damien, who made a major impact after coming on at half time.

Declan Rattigan and Colin Lyons will attempt to carry ball out from the full-back line while Dylan Brady, Martin Cleary, and the Murray brothers — Sean and Luke — are also among the MacHales’ main men. The most well-known name on the side is probably goalkeeper Connor Gleeson, who started in goal for Galway in this year’s All-Ireland final against Kerry and also plays in goal for his club. 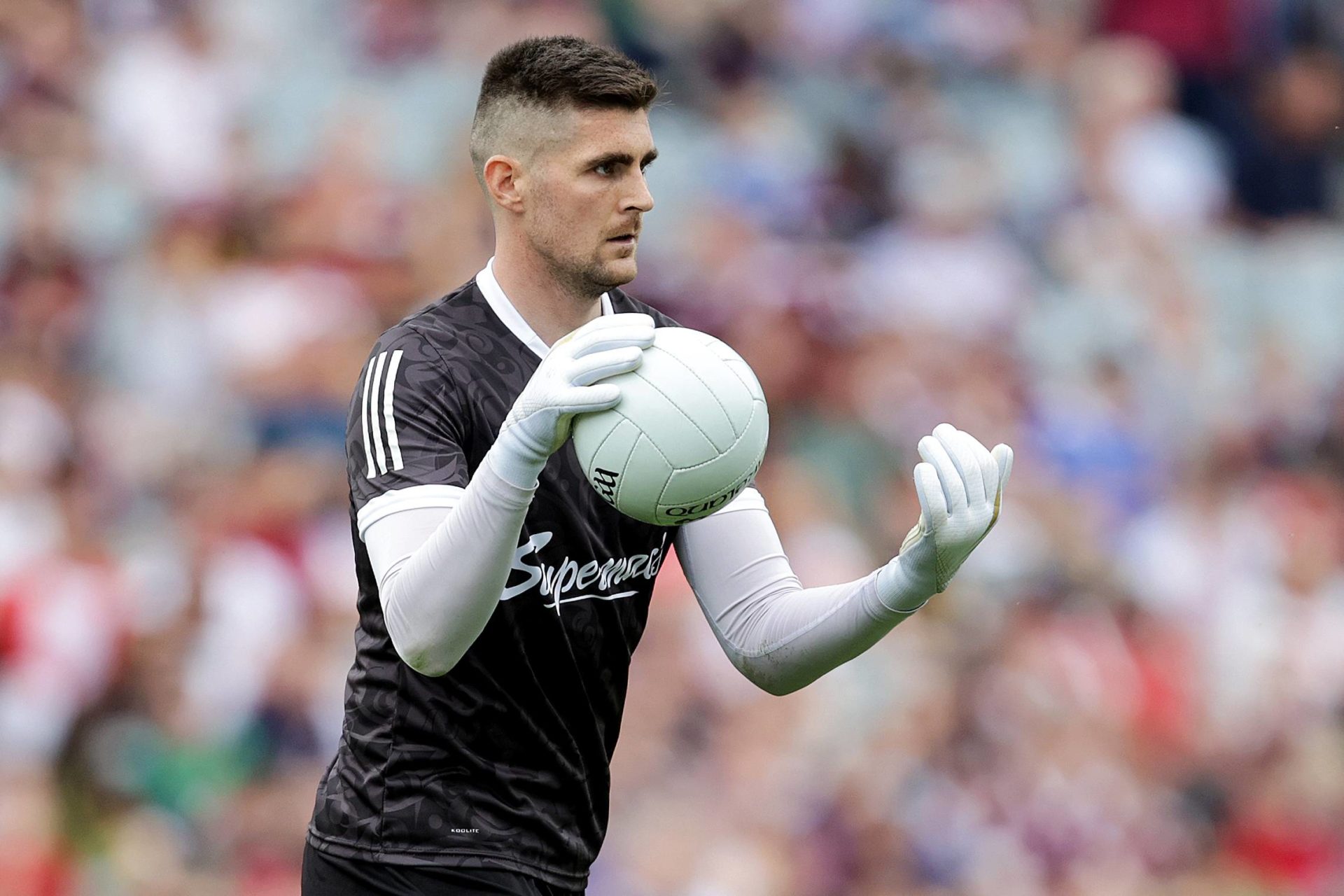 Galway goalkeeper Conor Gleeson is also the man who minds the sticks for Dunmore MacHales.

Like Ballyhaunis, Dunmore’s one and only goal this year would have been to win a county title; like Ballyhaunis, they are very much into the realms of bonus territory now.

A lot of these players will likely know one another fairly well, through sheer proximity if nothing else, and that familiarity could lend itself to a full-blooded encounter at MacHale Park this Saturday.

The winners on Saturday will play the winner of the second semi-final, due to be played on Sunday at Páirc Seán Mac Diarmada, between Leitrim champions Aughnasheelin and St Dominic’s of Roscommon.

The Connacht intermediate final will be played on the first weekend in December.