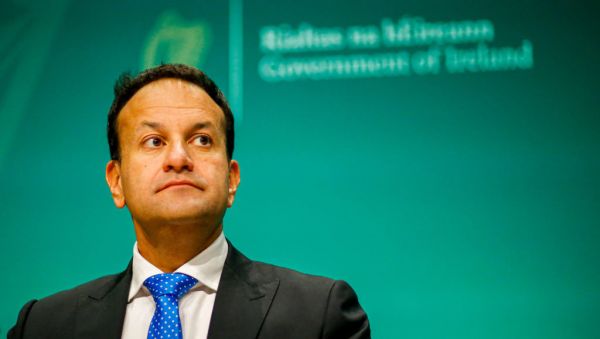 Planned new laws dealing with concerns raised by the infant organ disposal scandal will come before the Government for approval by the end of the month, Tánaiste Leo Varadkar has said.

Mr Varadkar said the “dignity and respect” of parents who have experienced the loss of a child is of “paramount importance” and the Human Tissue Bill is on the “priority list” of legislation.

The Fine Gael leader offered again his “deepest sympathy” to the families who learned that their infants’ organs had been disposed of without consent.

It emerged earlier this year that Irish hospitals continued to incinerate children’s organs until recently, against the HSE’s own guidelines.

It was also disclosed that multiple public hospitals held organs for more than a year, again against guidelines.

The proposed legislation would provide a framework around the use of human organs and tissue used in post-mortem examinations.

The Fine Gael leader said: “I just want to once again express my deep sympathy to the families in Cork who have experienced the tragedy of losing a child, and then had the devastating experience of learning that the organs of their child were disposed of without their consent, and that was wrong.

“It’s hard to fathom the hurt that this incident must have caused the families affected.

“It is an extremely distressing situation that should not have occurred, and it’s only added to their distress and grief.”

He told the Dáil that an HSE report on the matter is being finalised, and he has been assured by the health service that it will be shared with the families affected “within the next few weeks”.

“I understand the delay in the completion of this review has been very upsetting,” he said.

“But it’s essential that correct processes are followed to ensure the facts of the case can be established and shared with the families affected.”

He added: “The draft bill is now being finalised as intended that it will be brought to Government for approval at the end of this month.”

Mr Cullinane said the delays from government and the HSE over the last two years had caused “huge hurt and distress” for the families involved.

“It is simply not good enough,” Mr Cullinane said.

“And I have to say that my experience of meeting some of those families is that they believe they are being stonewalled.”

He added: “There can be no excuse for that delay. You’re saying again – and we’ve got previous commitments only a few months ago in this house by the Taoiseach that it would be the autumn – you’re now saying by the end of the year.

“That needs to happen. And the promises made today by you in this chamber need to be followed through.”

Mr Varadkar said the delay in the inquiry was “impossible to defend”.

“It’s very, very difficult to defend from any point of view quite frankly,” Mr Varadkar said.

“I understand that the draft report is the final report, that they are essentially the same thing, but I could be incorrect about that.

“And I’m told that it will be shared with the families in the next few weeks.

“But I appreciate they’re not going to believe that until it actually happens, given their previous experience.”