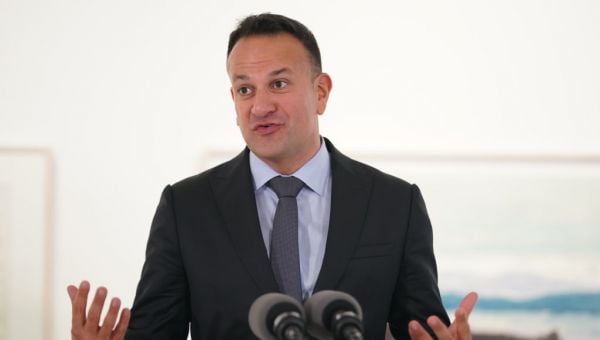 Job cuts at Amazon in Ireland are not planned, Tánaiste Leo Varadkar has said.

The Fine Gael leader said he was not expecting significant job losses from Intel.

His comments came as reports in the US suggest tech giant Amazon is expected to lay off 10,000 people worldwide.

“Our initial advice from the IDA, which has been in touch with Amazon, is that they’re saying no job losses are currently anticipated for Ireland,” Mr Varadkar said.

“But, of course, that could change.”

He added: “We had good engagement with Intel as well in the last couple of days and while we’ve no absolute guarantees from Intel, we’re not expecting significant types of job losses from that company.”

He also told reporters at Government Buildings that he had not received formal notification from Twitter over any planned job cuts in Ireland.

“We haven’t heard anything from Twitter as yet, we haven’t received the formal redundancy notification from Twitter,” he said.

“We have received indications today, from Ulster Bank who are laying off some staff, Wayfair, and also Intercom.

“Obviously, my thoughts are very much with the people working in those businesses who’ve been informed they are going to be made redundant.

“Government will stand behind them in terms of providing any assistance we can.”

He added: “For a very long time, for the best part of two years, was almost positive news only on the jobs front.

“It was all jobs enhancements and very few lay-offs, now we’re seeing much more of a mix: a mix of lay-offs, and also positive jobs announcements, and we’re still projecting net jobs growth for next year.”

The Tánaiste made the remarks as he announced the introduction of a national living wage for employees at a press conference at Government Buildings in Dublin on Wednesday.

The Government has agreed the national living wage will be set at 60 per cent of hourly median wages in line with the recommendations of the Low Pay Commission.

It will be introduced over a four-year period and will be in place by 2026, at which point it will replace the national minimum wage.

Mr Varadkar added it will be an important step towards eradicating low pay employment.

The first step towards reaching a living wage will be the 80 cent increase to the national minimum wage from January 1st to €11.30 per hour.

This will be followed by gradual increases to the national minimum wage until it reaches 60 per cent of hourly median earnings.

Next year, it is estimated that 60 per cent of median earnings would equate to about €13.10 per hour.