Pubs in the West suspend sale of Heineken products

Pubs around the West of Ireland are suspending the sale of Heineken products following the brewing company’s proposed plans to hike the price of their kegs.

It would see the equivalent of 17c per pint increase due to “exceptional inflationary challenges”, the brewery told Irish publicans in a letter.

The brewery’s plan will increase the prices of all the company’s draught products including Heineken and Coors and will come into effect on December 1.

“Due to significant increases in the cost of energy, packaging, and raw materials, Heineken Ireland has been left with no choice but to amend its pricing in the Irish on-trade market,” the company said.

The company wrote to its on-trade customers to advise them of a 9% increase in wholesale draught prices to “more closely reflect the current cost of producing and supplying our products”.

The 9% increase is the average across the brand portfolio.

Owner of popular Milltown establishment Sheridan’s Bar and Restaurant took to social media yesterday to announce that after over 35 years of loyalty, he was suspending the sale of Heineken products. 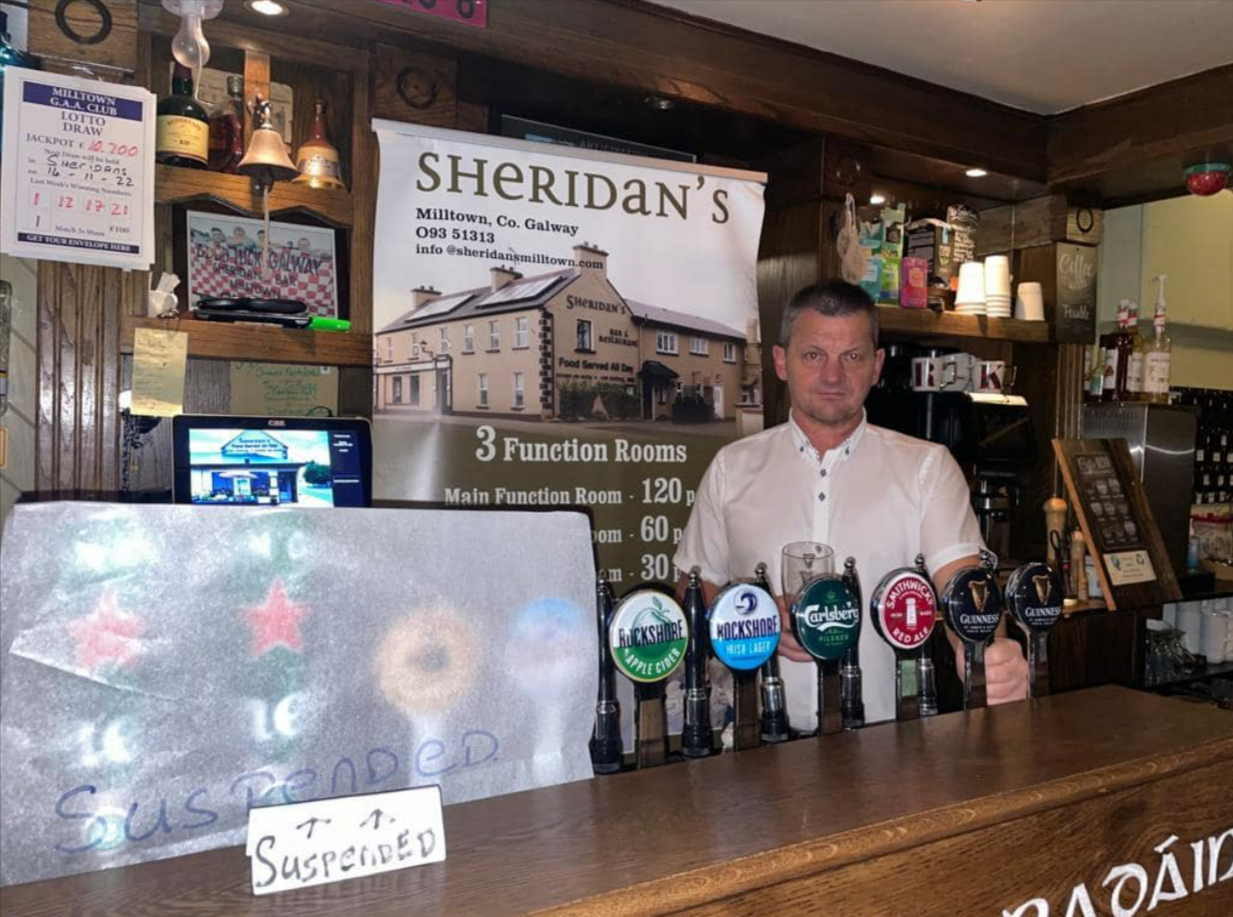 The Abbey Tavern in Tuam announced today that they are suspending the Heineken products after nearly five decades.

“After 48 years in business it’s a 1st for us to make the decision to suspend the sale of Heineken products,” owner Ca Farragher said.

Owner of the Abbey Tavern in Tuam, Ca Farragher has suspended the sale of Heineken products. Picture: The Abbey/FB

McHugh’s Traditional Pub & Restaurant on the Tuam Road, on the outskirts of Galway City, also suspended sales of their products.

“We will be removing ALL of your products from our venues if you continue with plans to implement an increase in their pricing. It is unjust and unfair to our customers at a time when the cost of living is already skyrocketing,” they wrote on social media.

“We hope that venues all across Galway join us by announcing their intention to do the same. We hope that it doesn’t come to this.”