New book recounts the life of a Mayo freedom fighter 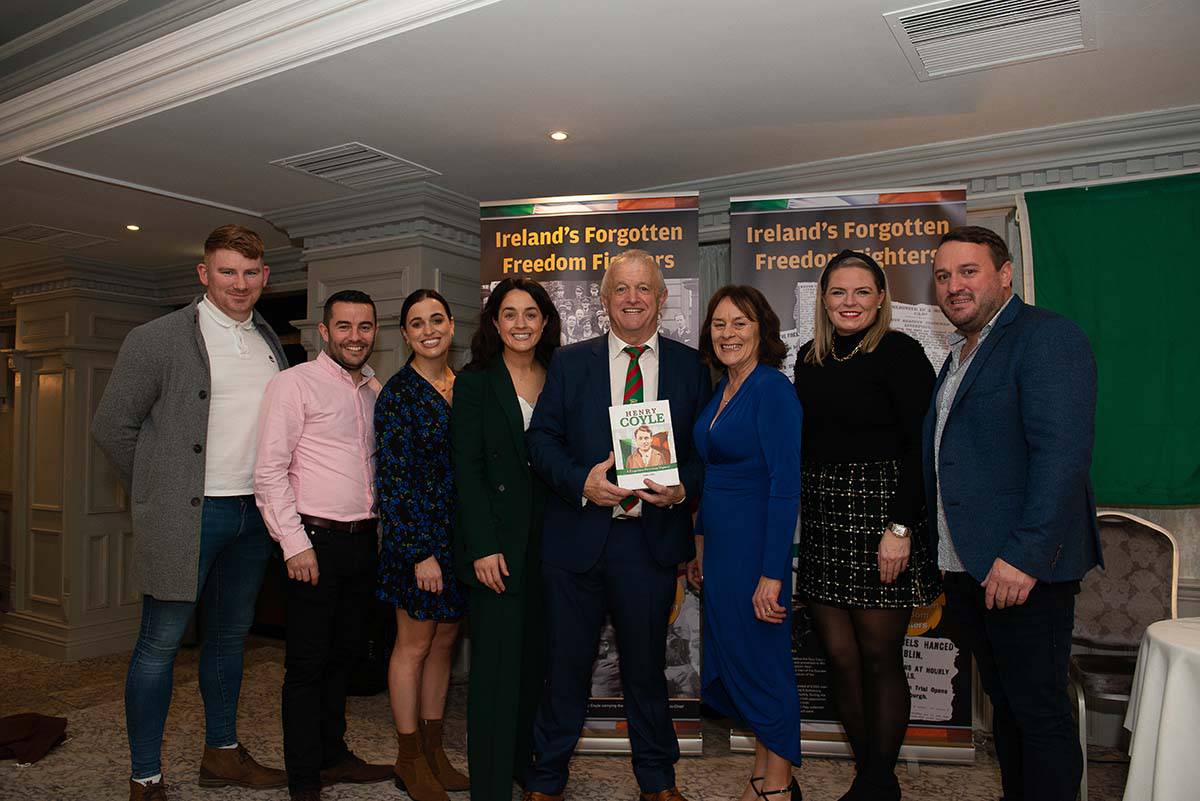 Gerry and Geraldine Coyle pictured with some of their family at the launch of the new book ‘Henry Coyle – A Forgotten Freedom Fighter’. Pictures Evita Coyle.

The Atlantic Coast Hotel in Geesala was packed to capacity on Bank Holiday Monday, October 31, as Cllr Gerry Coyle launched his long-awaited book about his late father Henry Coyle.

Entitled Henry Coyle – A Forgotten Freedom Fighter, the book tells the remarkable story of a man who played a central role in the War of Independence and was elected to the 4th Dáil Éireann in 1923, only to lose his seat in controversial circumstances six months later. Former Taoiseach Enda Kenny was on hand to launch the book in the magnificent surroundings of the recently refurbished Atlantic Coast Hotel, which is now owned and operated by Gerry’s nephews and niece. 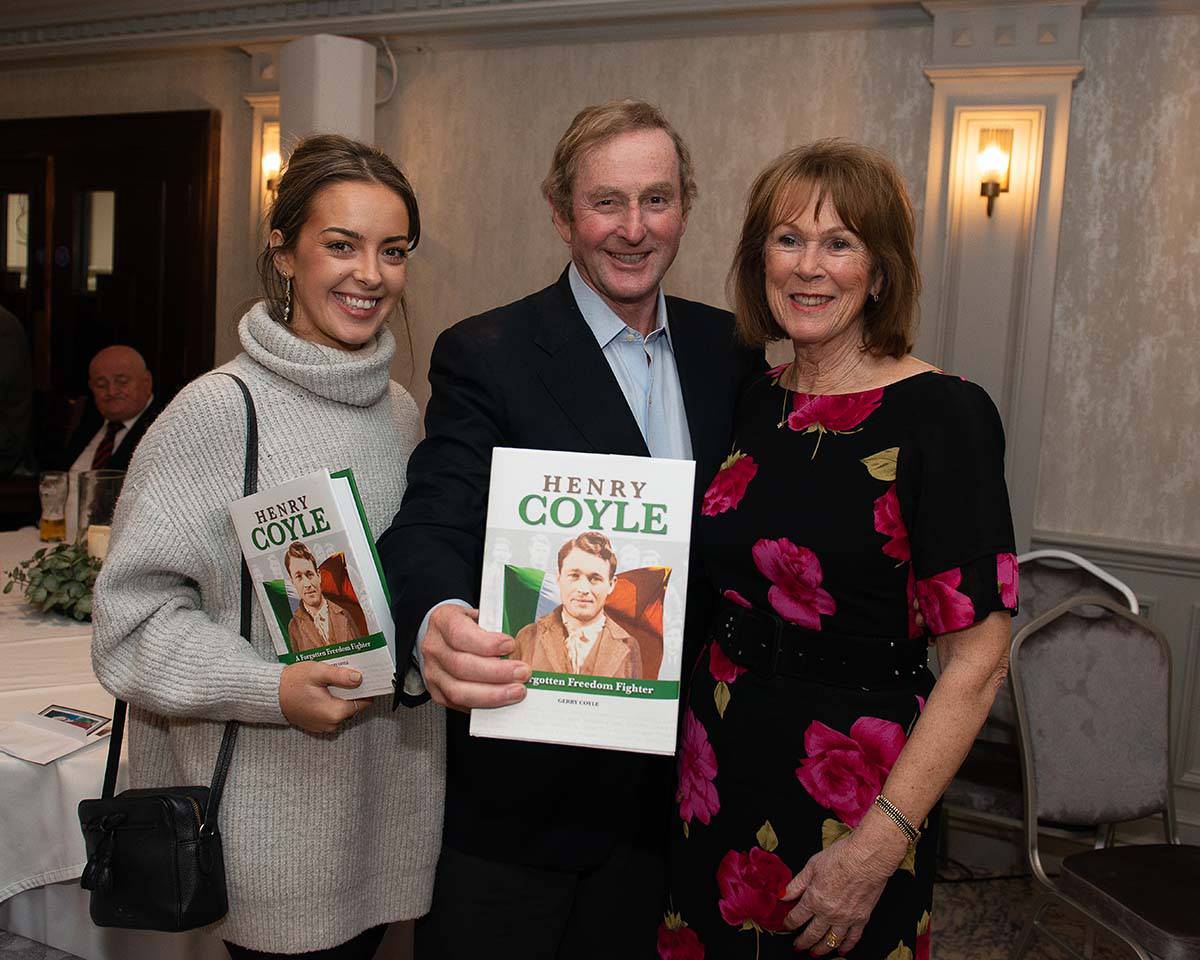 Clara Hester, Enda Kenny and Mary Conway at the launch of the new book.

As part of the official launch, a very interesting and non-political discussion took place involving Gerry Coyle, Dáil Deputies Michael Ring, Rose Conway-Walsh and Alan Dillon, Professor Seamus Caulfield, Darren Conroy of the 22Collins Midlands’ Society, and James Laffey, editor of the Western People, who worked with Gerry on the book during the last two years. 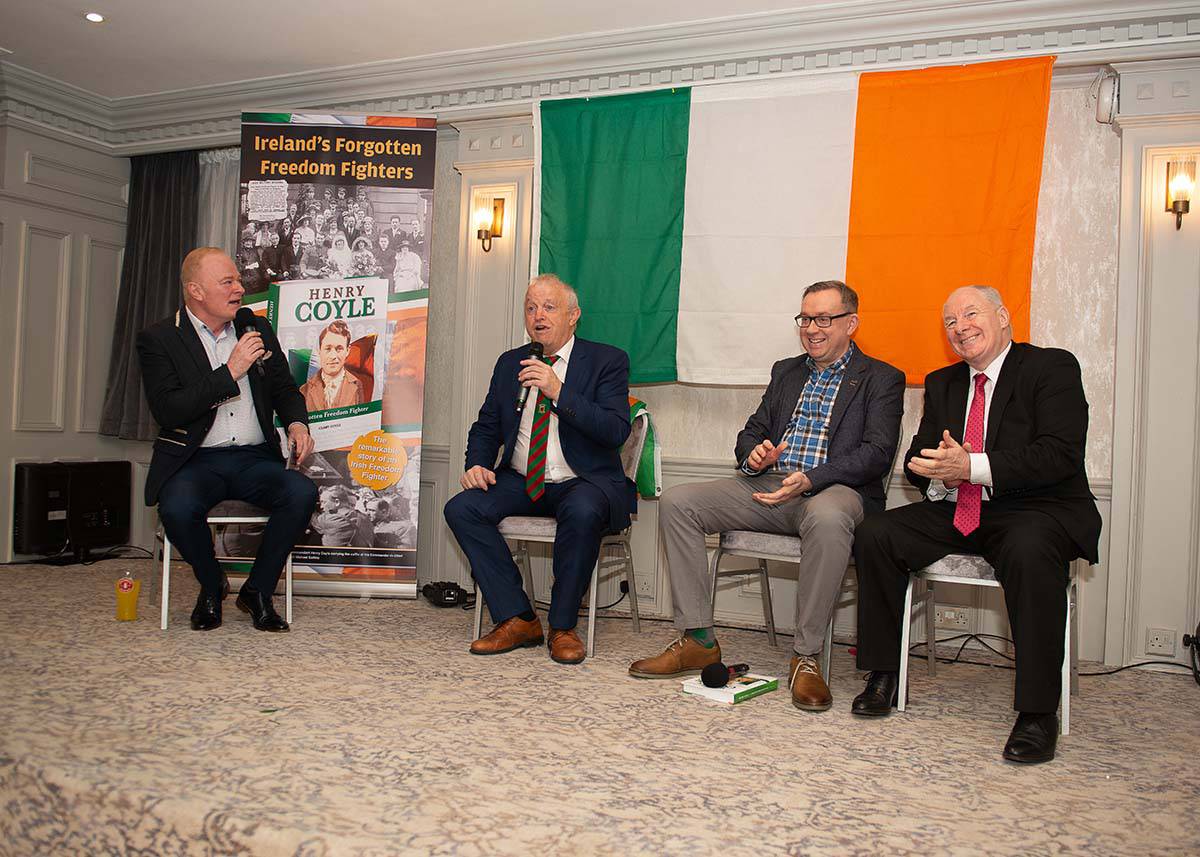 The conversation, which was expertly hosted by Midwest Radio’s Tommy Marren, touched on many aspects of the War of Independence and Civil War, with each speaker offering different perspectives on that turbulent period in Irish history. There was also a message of support from Minister Dara Calleary, who was unable to attend the event.

“I wanted this event to be non-political because my father was a man who always maintained strong friendships with his former IRA comrades who had taken the anti-Treaty side,” noted Gerry.

“In fact, in the book, I recount a story, which appeared in the local press, about a group of anti-Treaty men who surrendered their guns at my father’s family home in Dooyork at Christmas 1922. I don’t think they’d have done that if they did not think they would get a fair hearing from my father, who was then a commandant in the National Army.” 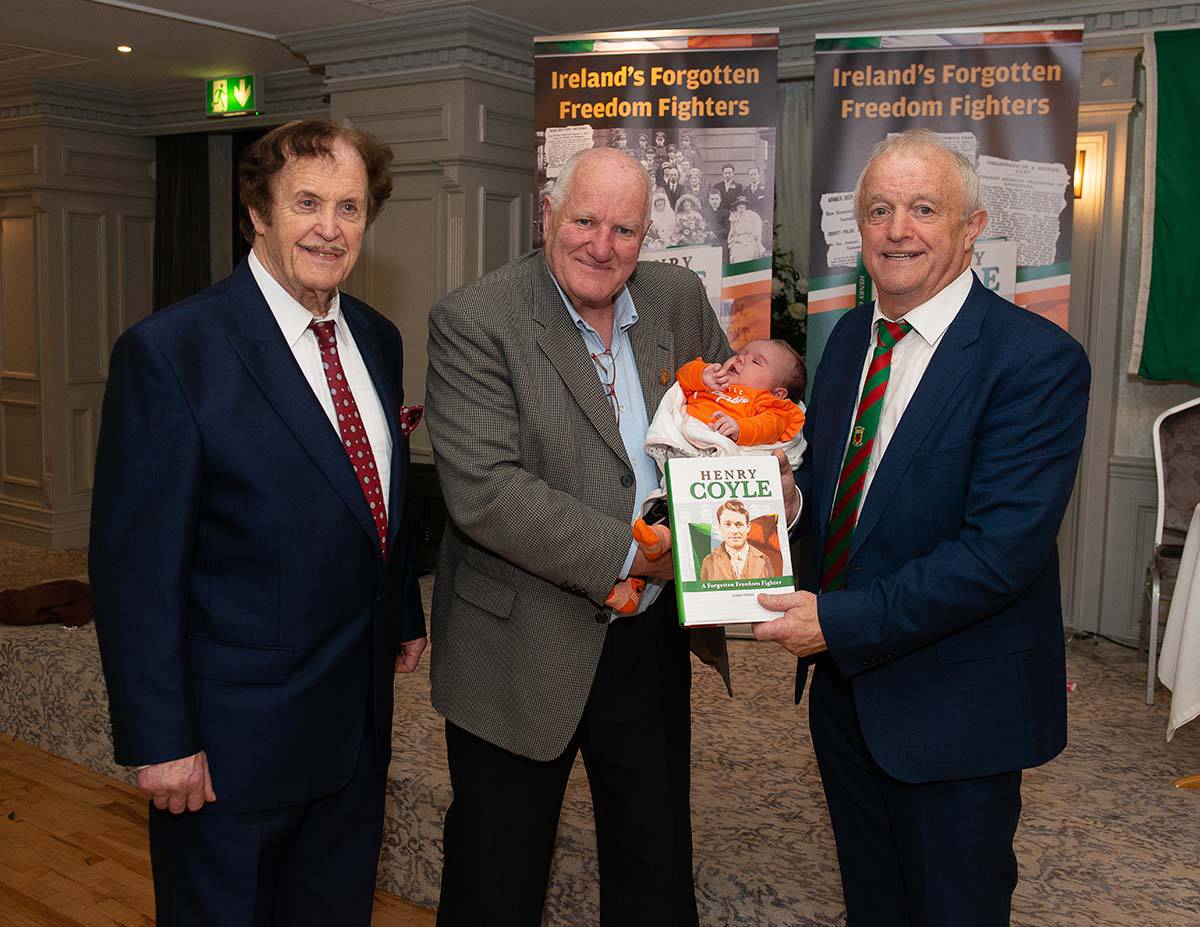 In his address, Enda Kenny gave a comprehensive account of the difficult conditions that prevailed in Ireland in the late 19th and early 20th century – circumstances that prompted young men like Henry Coyle to take up arms in pursuit of Irish independence.

Everyone in attendance was loud in their praise of the 432-page hardcover book, which is the product of more than 20 years of research by Gerry Coyle.

It includes a wealth of new information about his father’s involvement in the fight for Irish freedom, with a particular focus on the IRA gun smuggling operations from Scotland and England during the War of Independence. 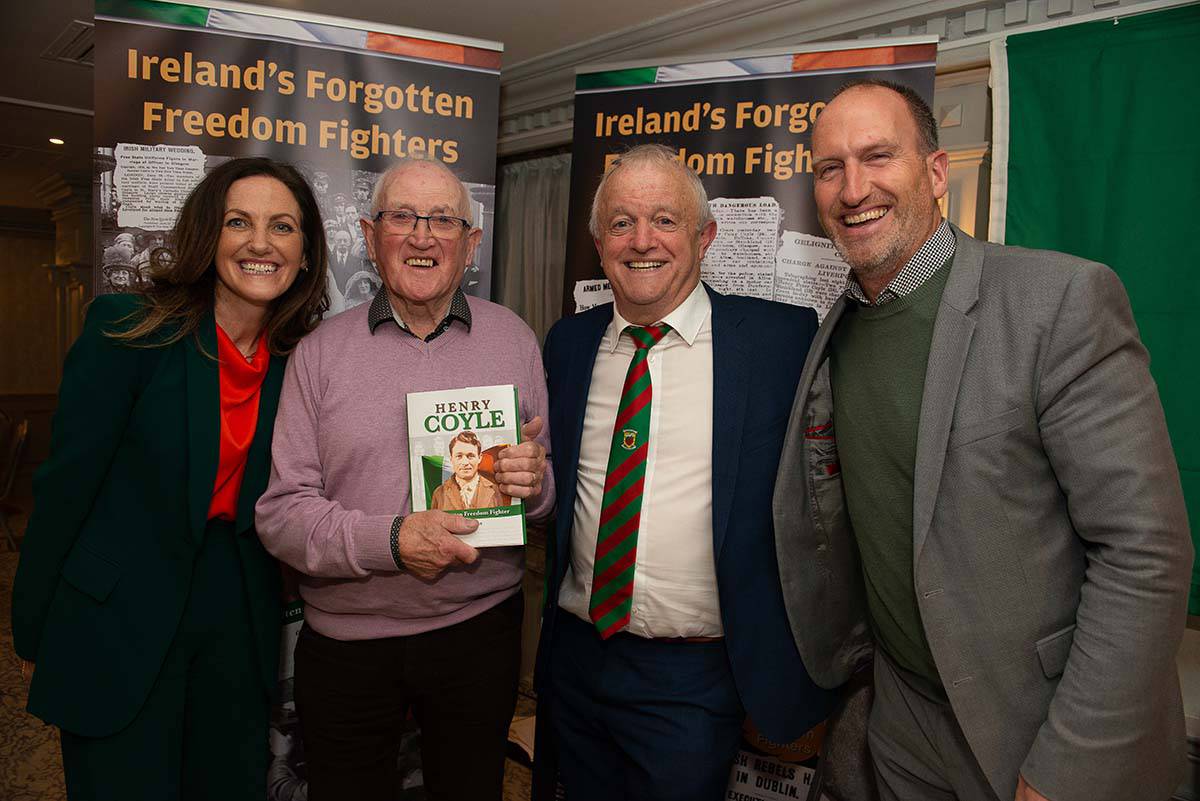 Gerry Coyle pictured with members of the Murphy family from Belmullet.

“The story of the IRA in Scotland and England is one that has not really received a lot of attention in Ireland during the Decade of Centenaries,” noted Gerry.

“I have been very fortunate to obtain a lot of information from newspapers in Scotland and other archive material that sheds new light on the role that emigrants like my father played in acquiring and smuggling weapons back to Ireland. There were a number of other Mayo men and women involved too – and I have also included their stories in the book.”

The Western People will be publishing two extracts from the book in the coming weeks.

Henry Coyle – A Forgotten Freedom Fighter is available to purchase in all local bookshops and from www.mayobooks.ie.