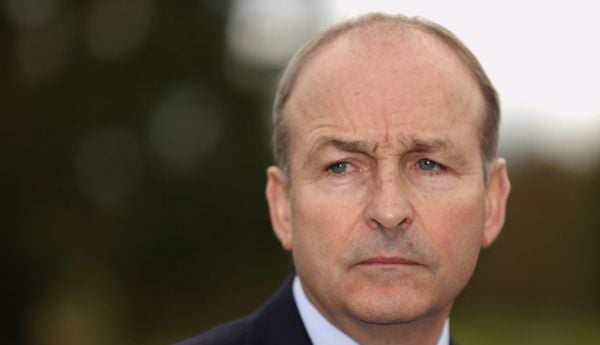 The Taoiseach has defended the Government’s housing plan, saying it has built the highest number of homes in the last year since 2008.

Micheál Martin told the Dáil that the Government will hit its housing target for this year, saying it has taken a “razor-like” approach to the housing crisis.

He made the comments after Sinn Féin leader Mary Lou McDonald branded claims by Minister for Housing Darragh O’Brien that Ireland does not have a housing emergency as “incredible”.

She recounted stories from families and individuals who struggle to pay rent or are unable to afford to buy their own home.

WATCH THIS – The Housing Minister says there is no Housing Emergency. These stories from those living through this catastrophe show how incredibly wrong he is.@MaryLouMcDonald #Dáil #LeadersQuestions #HousingCrisis pic.twitter.com/L4jhKpJXQo

“A father close to tears every day, a mother on medication to cope with the stress, young people feeling depressed, looking to emigrate, children wracked with anxiety and fear, families living in a state of panic,” Ms McDonald told the Dáil on Wednesday.

Mr Martin said housing is the single most “urgent and important social issue” facing society at this moment in time.

“Since this Government has come into office, we have focused razor-like on the housing issue and the evidence is there in terms of the new schemes that have been brought in, in terms of construction and so on,” Mr Martin said.

“Be in no doubt this Government sees housing as a key priority, and it’s a pillar of the Programme for Government and a lot has been done over the past two years.

“We are increasing the supply of housing and the plan is working. We all accept the challenges for people out there, but the answer is to build more houses, to get supply up along with a range of other policies.

“I’ve said this repeatedly, I have seen no alternative to Housing for All from anybody, from your party or from anybody.

“I just haven’t seen it in substance, in detail, in additional recommendations that will go over and above what Minister [Darragh] O’Brien has introduced.”

He said the latest home completion data from the Central Statistics Office (CSO) shows the country is “well on track” in exceeding the Housing for All plan for 2022.

“Some 21,000 house completions alone in the first nine months of this year and as I said, we hopefully will go over the target that we set ourselves.

“The plan is working. But we need to build more houses, we need to build them more quickly. There were more than 16,000 first time buyers in the past 12 months, that’s the highest since 2007 and represents 33 per cent of all house purchases.

“House completions, commencements, permissions, home purchases, first time buyers, mortgage draw-downs are all up to record levels. So we’ve had the highest housing delivery since 2008.”

Ms McDonald hit back saying the Government’s record is a history of having the “highest rents, house prices and levels of homelessness”.

“That’s the reality of your record,” she added. “Do you accept that we are living through a housing emergency? Because if, like your minister, you do not that goes a very long way to explain your abject failure in meeting the housing needs of people.”