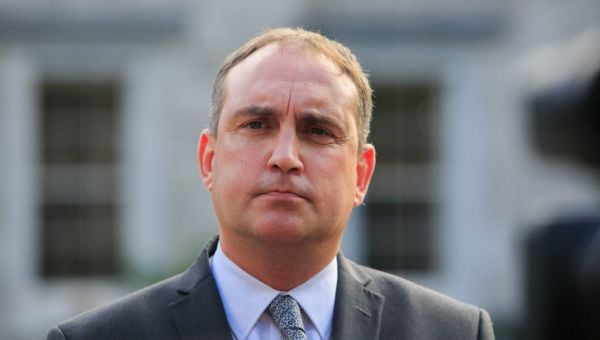 Minister for Agriculture Charlie McConalogue has said he is “disappointed” and “surprised” by the resignation of Marc MacSharry from Fianna Fáil.

Mr McConalogue also said he would have preferred the Sligo-Leitrim TD to have continued in the parliamentary party.

His comments came as Mr MacSharry claimed he was being “discriminated” against in the Dáil when it came to speaking time.

An outburst by the Independent TD led to the Dáil being suspended for a time on Wednesday after he refused to accept a ruling by the Leas Ceann Comhairle Catherine Connolly.

Mr MacSharry resigned from Fianna Fáil last week over the handling of a bullying complaint against him made by a party councillor.

He also accused the Taoiseach Micheál Martin of failing to properly investigate the complaint.

The Taoiseach has strongly rejected the assertions made by Mr MacSharry.

“I’m disappointed to see that Marc [MacSharry] has decided to resign from the party,” Mr McConalogue said on Wednesday.

“I’m surprised to see that as well. It was a decision he made himself. He also made the decision just about a year ago to resign from the parliamentary party himself as well.”

The minister said his “absolute preference” would be to have Mr MacSharry continue in the party “working with all of us in a constructive fashion” but that that was not the way it had worked out.

“I think the Taoiseach has also made it clear his openness to having Marc [MacSharry] back in the parliamentary party, also made it clear that the objective was to resolve the issue that had arisen as quickly as possible,” Mr McConalogue added.

“So it’s a disappointment, but we’re a voluntary organisation as a party.”