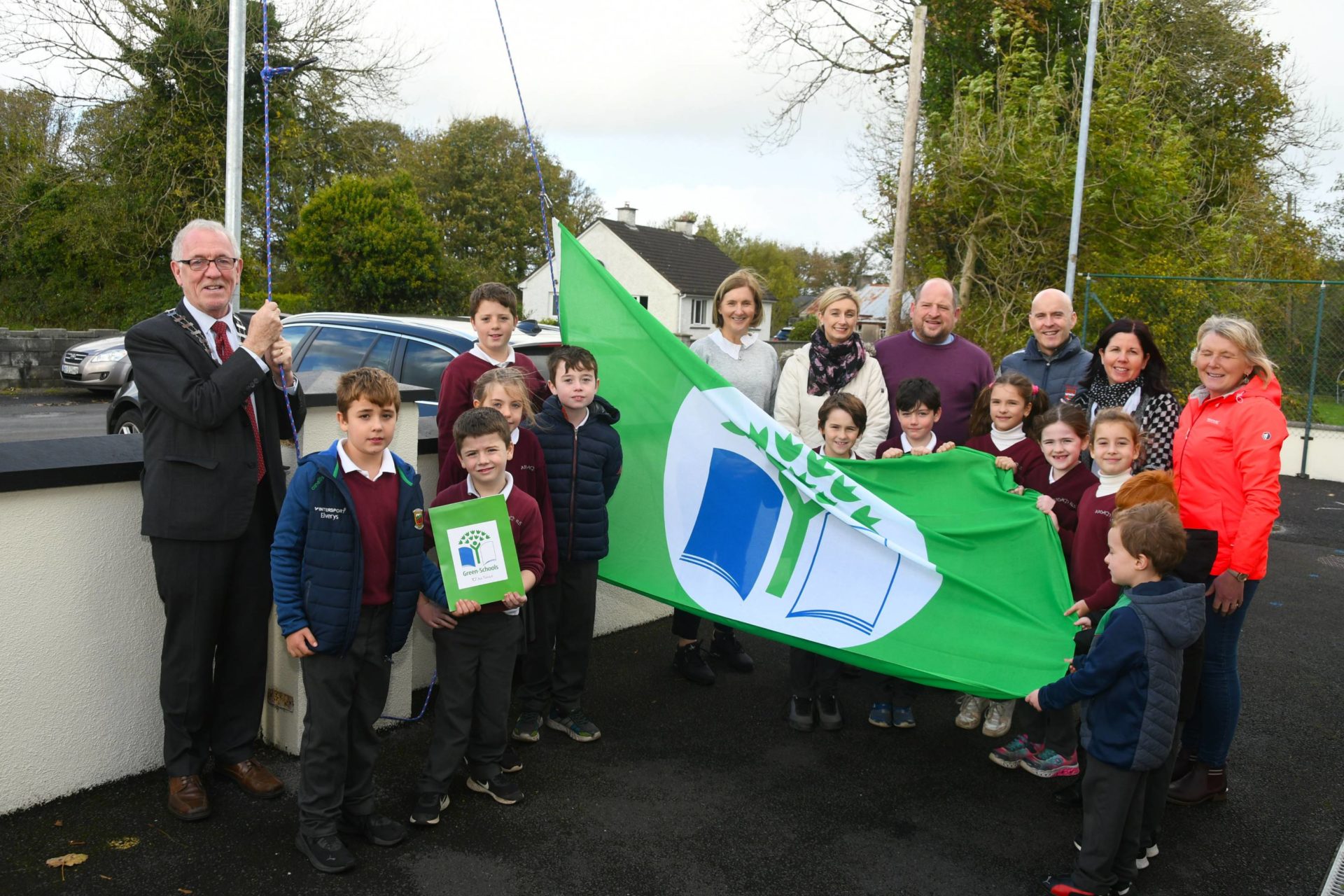 The children, who nicknamed Mayo’s first citizen “King Seamus”, spoke to the councillor about the importance of local politics and about their efforts to win the Green Flag, which was awarded under the theme of “Energy”.

Mr Weir explained to the Western People the importance of the Green Schools initiative in local schools such as Ardagh, where his own children attended.

“It’s very important. It took off a few years back in the early 2000s, and it’s a policy we have in the council to support these projects. I remember the first one really was about trying to educate young kids about dumping, but now as time has gone on it has extended to other areas.”

Liam Devenney is the Green Schools Coordinator for Ardagh NS and has overseen the raising of several Green flags.

“The first project was started in 2012 and that was recycling and waste. We got a trip down to [Rathroeen] landfill [to see] what we can recycle. It was a great education for the children and the Green Schools’ programme includes everyone from junior infants up to staff, so we all learned a lot.”

Mr Devenney said the students studied different types of energy in a global context for this Green Flag, and also explored ways to reduce energy consumption.

Principal Farnan Harte said that while it is important to help children understand the local impact of climate responsibility, children must also understand that their actions locally will have an impact around the globe.

“Even though we’re here in Mayo, we’re still connected to people who are in the Maldives or Sri Lanka or places that are suffering, and that’s the message.”