A new behind-the-scenes documentary about life at Connacht Rugby during the 2021/22 season will air tonight on RTÉ One at 10.15pm. 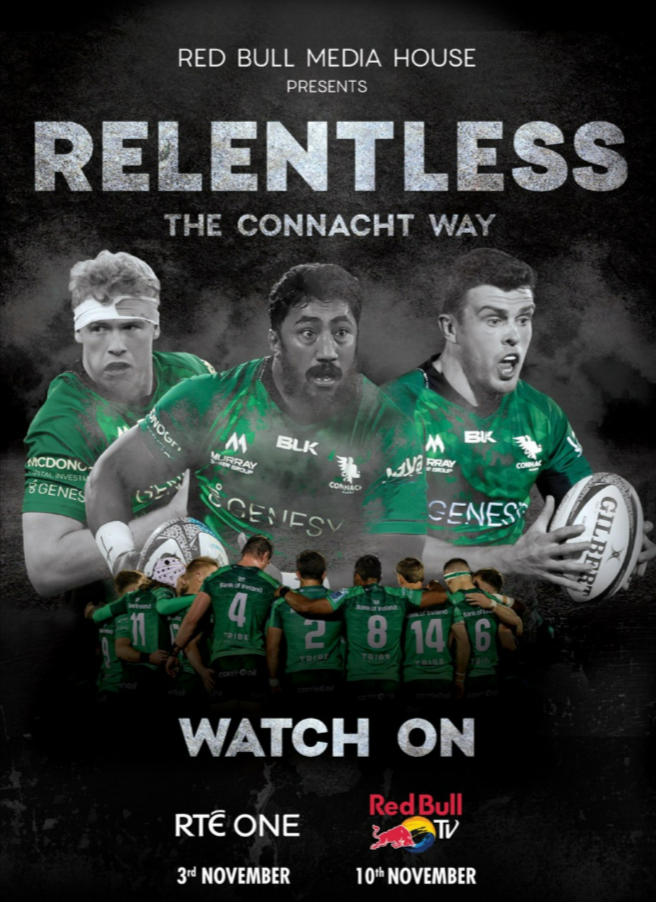 The documentary, titled ‘Relentless: The Connacht Way’ chronicles the highs and lows of an epic season of rugby, through the eyes of three Connacht Rugby players at various stages in their careers:

It will also be streaming on Red Bull TV on Thursday, November 10.