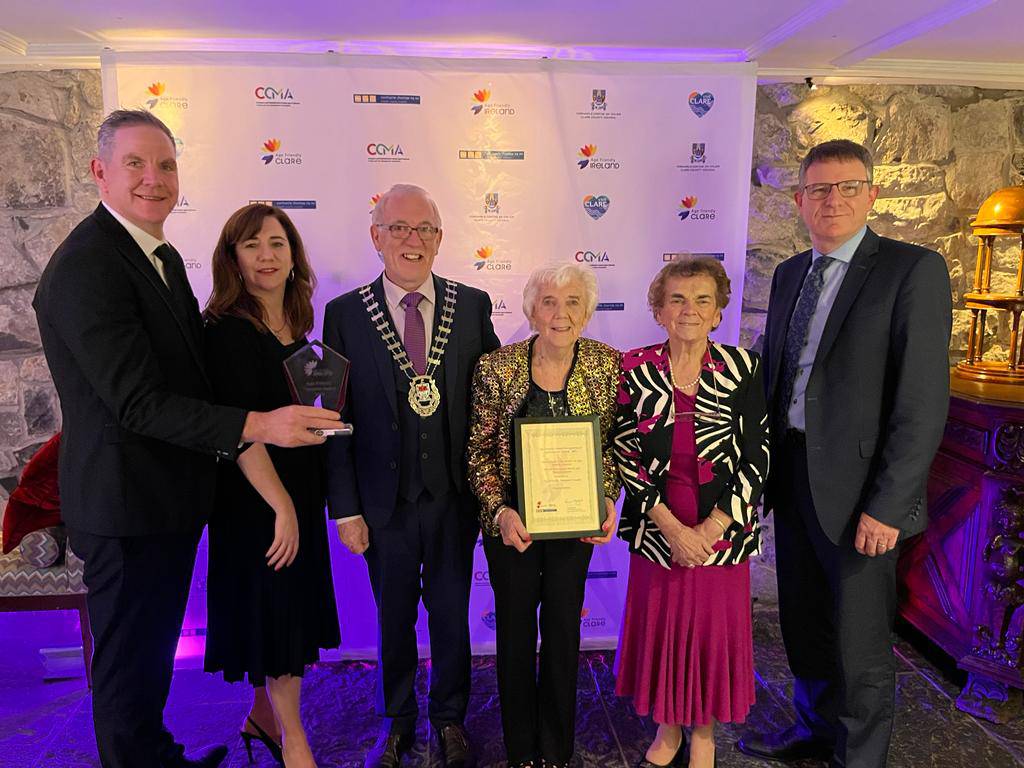 The primary aim of the National Age-Friendly Awards is to recognise and reward achievement in age-friendly initiatives in Ireland.

The Age-Friendly Transport Award recognises the vital difference that availability to good quality, easily accessible, user-friendly and reliable transport options can make to an older person.

Ireland West Airport managing directorJoe Gilmore said: “We are delighted, alongside Shannon Airport, to have won this prestigious national award which is due recognition for both our airports and the hard work our staff have done in creating a more age-friendly environment at our respective airports.

“I would like to express our sincere thanks to Mayo County Council, Clare County Council, Age Friendly Ireland and the Older People’s Council Mayo for their support for this project, which contributed greatly to this award.

“A special word of thanks to the airport staff, and in particular, our front-line staff who all made this possible.

“Through their continuous hard work, our airport is now acknowledged as a world leader, alongside Shannon Airport, in providing a more age-friendly environment, particularly for those most vulnerable in society who rely on that extra personal touch and care which can be so important to them as they journey through the airport.”

Both airports became the first airports in the world to be recognised as age-friendly, as endorsed by the World Health Organisation (WHO), last June.