Aoife O’Rourke crowned a memorable day for the Irish team at the Women’s European Boxing Championship finals in Montenegro when she overpowered Poland’s Elzbieta Wojcik in Saturday evening’s final of the middleweight (75kg) division, retaining the title that she won three years ago in Madrid and adding to the gold medals already secured by Kellie Harrington and Amy Broadhurst earlier in the afternoon’s card of action. 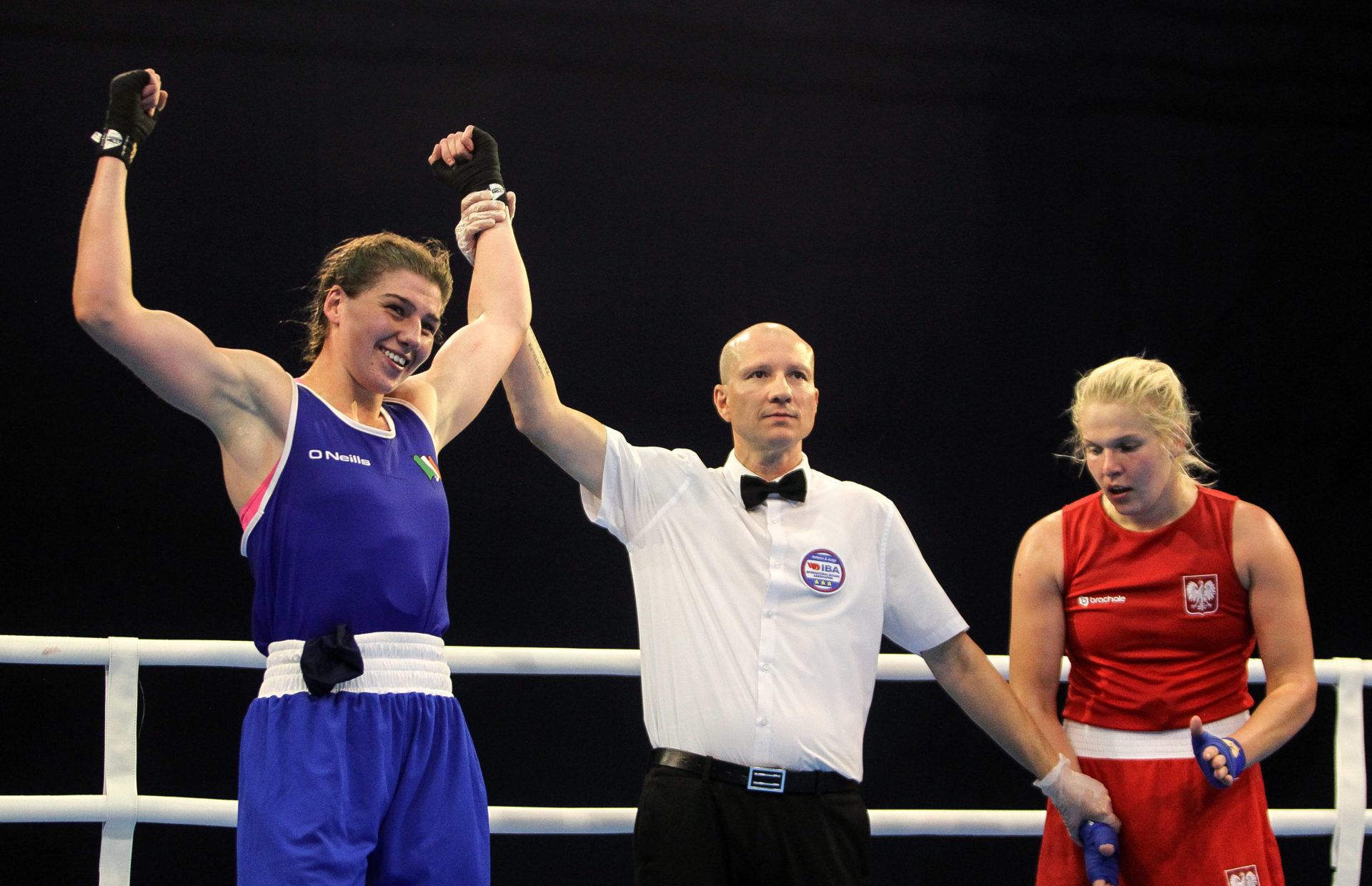 Starting the fight as the overwhelming favourite against Wojcik, her opponent in the 2019 final, the first round was a comparatively cagey affair. O’Rourke attacked from the start but her Polish opponent blocked and dodged quite effectively, using her southpaw stance to easily repel O’Rourke’s left-hand jabs.

A series of good right had cross shots found the target as O’Rourke eventually took control in the round, winning it 10-9 on the scorecard of four of the five judges, though losing out in the opinion of the Bosnia and Herzegovina judge.

The second round was where the fight was won as O’Rourke started by taking a good left hand uppercut from Wojcik but then completely took control, attacking her opponent with a flurry of shots from left and right, pinning her on the ropes and getting through her defences repeatedly. Three judges scored the round 10-9 and two scored it 10-8 in favour of the Tarmon native, who then took a more cautious approach to the third round, with Wojcik forced to chase the fight in the hope of getting a count or a knockdown.

Even so, O’Rourke’s movement with her feet ensured that no clean strikes got through, while she also picked off several clean jabs to ensure she carried the last round unanimously on all five scorecards, wrapping up a comprehensive victory and adding her name to the record books as just the second Irish woman to win two European titles, following in the footsteps of Katie Taylor.