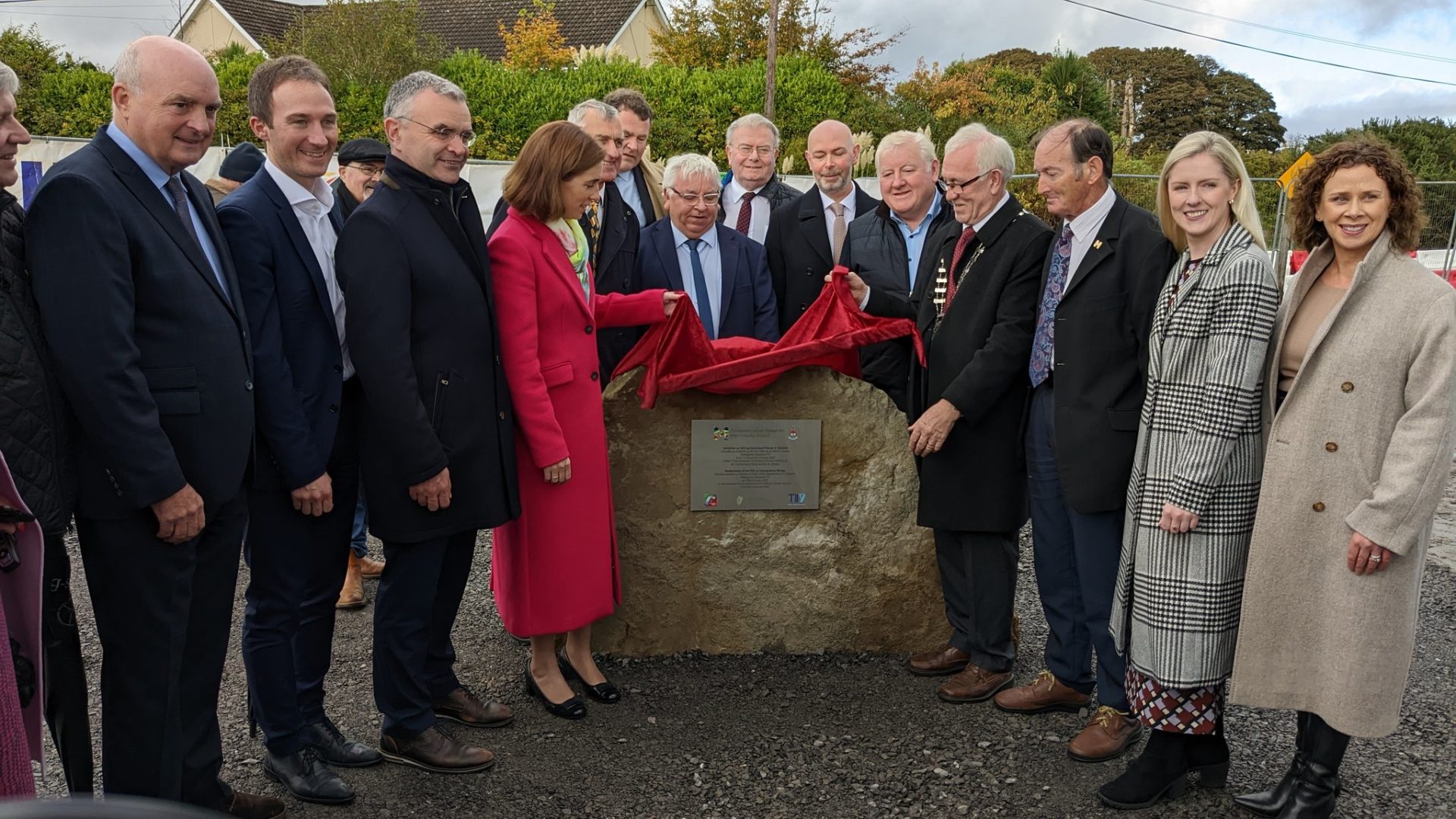 Minister of State for Transport Hildegarde Naughton unveiled a plaque to mark the opening of the Cloongullane Bridge.

Minister of State at the Department of Transport, Hildegarde Naughton TD, officially opened the new Cloongullane Bridge on the N26 between Foxford and Swinford last Thursday.

Minister Naughton and the Cathaoirleach of Mayo County Council Cllr Seamus Weir, unveiled a plaque to commemorate the opening and cut a ribbon on the bridge to mark the historic occasion.

Over 100 local people attended the unveiling, which was described as a ‘special day’ for the area and the wider western region.

The N26 is crucial to the economic, tourism, and regional development of North Mayo. The new bridge, and the 2km of road realignment, aim to improve connectivity, journey time reliability, and safety along this important corridor, while protecting the pristine environment along the River Moy Special Area of Conservation (SAC).

The 83-metre steel composite bridge is the largest single-span bridge in Mayo, and one of the largest of its kind in Ireland. 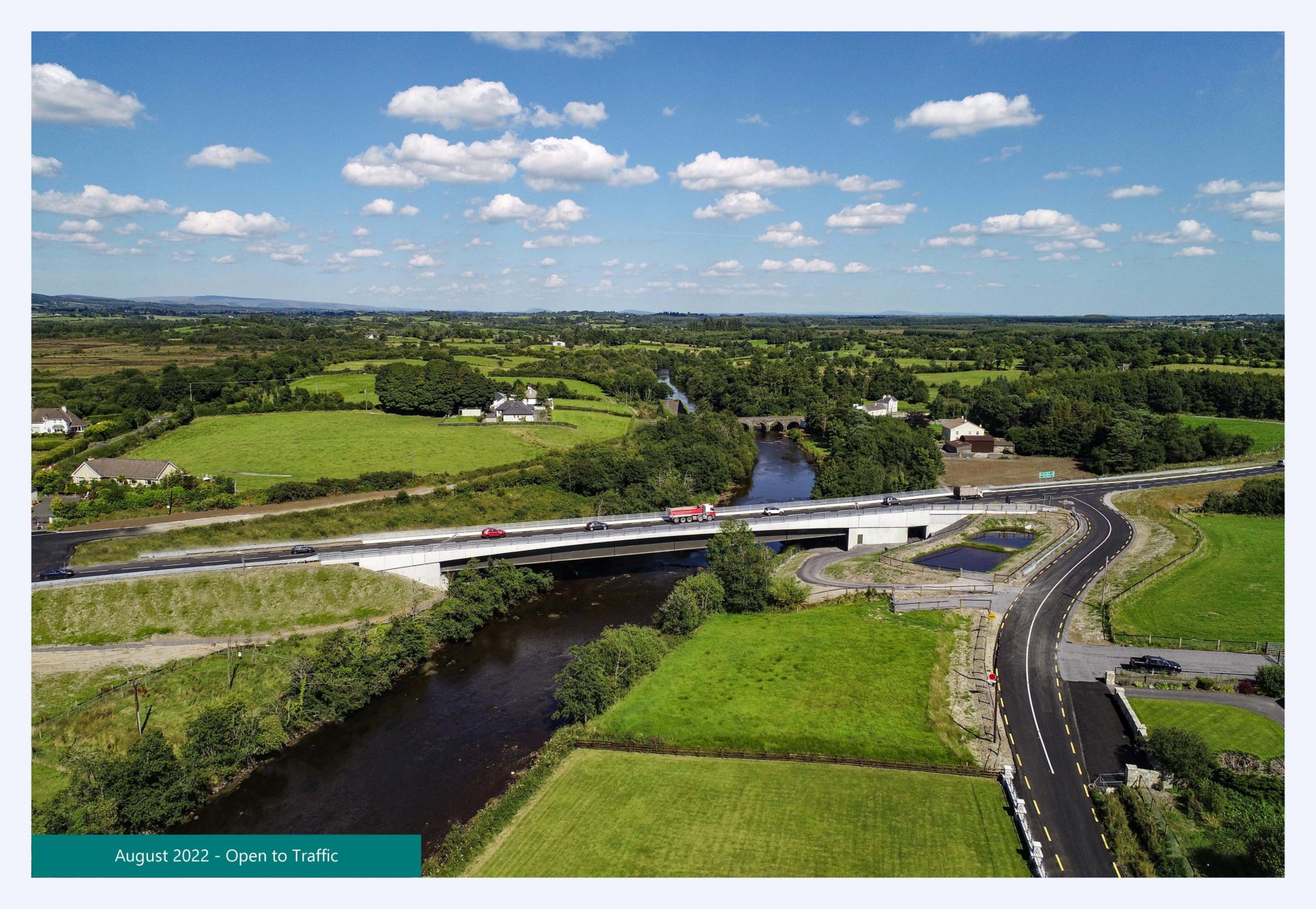 The new 83-metre Cloongullane Bridge, crossing the River Moy, is the largest single-span bridge in Mayo, and one of the largest of its kind in Ireland.

The old bridge, which was notoriously difficult to negotiate, was approximately 200 years old.

Minister Naughton also launched a publication, Cloongullane Bridge: Past and Present at the Gateway Hotel in Swinford.

The publication looks at the history of the old bridge and marks the opening of the new bridge. Minister Naughton said she was delighted to officially open the new Cloongullane Bridge.

“This project is vital to the families, communities and businesses of North Mayo and I am confident it will provide for safer travel for all road users in the many years ahead.

“Commercial vehicles, in particular, will benefit from the extended width and alignment as they travel on this new bridge at what was a particularly bad section on the N26.

Cllr Weir described the bridge as “a magnificent feat of engineering”.

“This project will make a significant difference to the wider community and all road users of the N26, which services a wide catchment area.I would like to acknowledge all those involved in bringing this project to its completion, particularly the landowners and property owners.’’

Minister of State at the Department of Enterprise and Trade Dara Calleary said: “This is an absolutely fantastic day. This settlement goes back 3,000 years and this is the next chapter.