Gardaí are investigating a burglary incident that occurred during the weekend at a hardware store in Ballaghaderreen.

The break-in took place at J. Mulligan’s run by Padraig Mulligan on Main Street in the town and a quantity of cash was stolen from the premises.

Speaking on Monday afternoon a Garda spokesman said no arrests had been made. 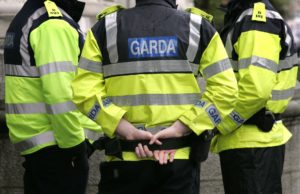 “Gardaí are investigating an alleged burglary incident that occurred over the weekend, 8th –to- 10th October at a premises in Ballaghderreen, Co Roscommon.

“It is reported that a quantity of cash was taken in the incident. No arrests have been made at this time. Investigations are ongoing.”

Conor McGregor claims he could have been killed after cycling incident

Garda subjected to shocking attack was a former Roscommon footballer

Two men arrested in connection with violent incidents in Sligo