An injured woman was rescued from Croagh Patrick on Tuesday last. 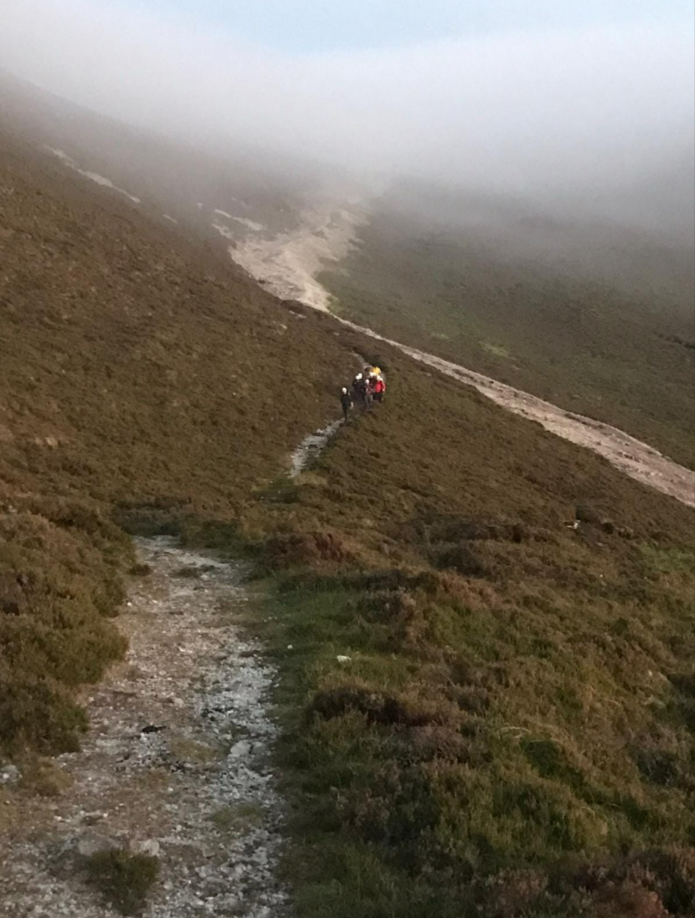 An injured woman was rescued from Croagh Patrick on Tuesday last.

Just before 2pm, the Mayo Mountain Rescue team was tasked to assist a woman with a limb injury. Due to the time of the call-out many team members were at work, so response numbers were low.

However, three men from the Croagh Patrick Path team helped with the stretcher-carrying of the patient.

Mayo Mountain Rescue have acknowledged the work of the Croagh Patrick Path team who they say worked very hard in harsh conditions on Tuesday and are providing a path which will protect the mountain and will hopefully reduce injuries over time.

On Tuesday, the ambulance was delayed, and the injured woman was initially ushered beside the fire place in Campbells, at the base of the Reek, where she got to warm up before being transferred to hospital for treatment.

The Mayo Mountain Rescue team were stood down at 4.30pm.