Civil War seminar to be held in Mayo 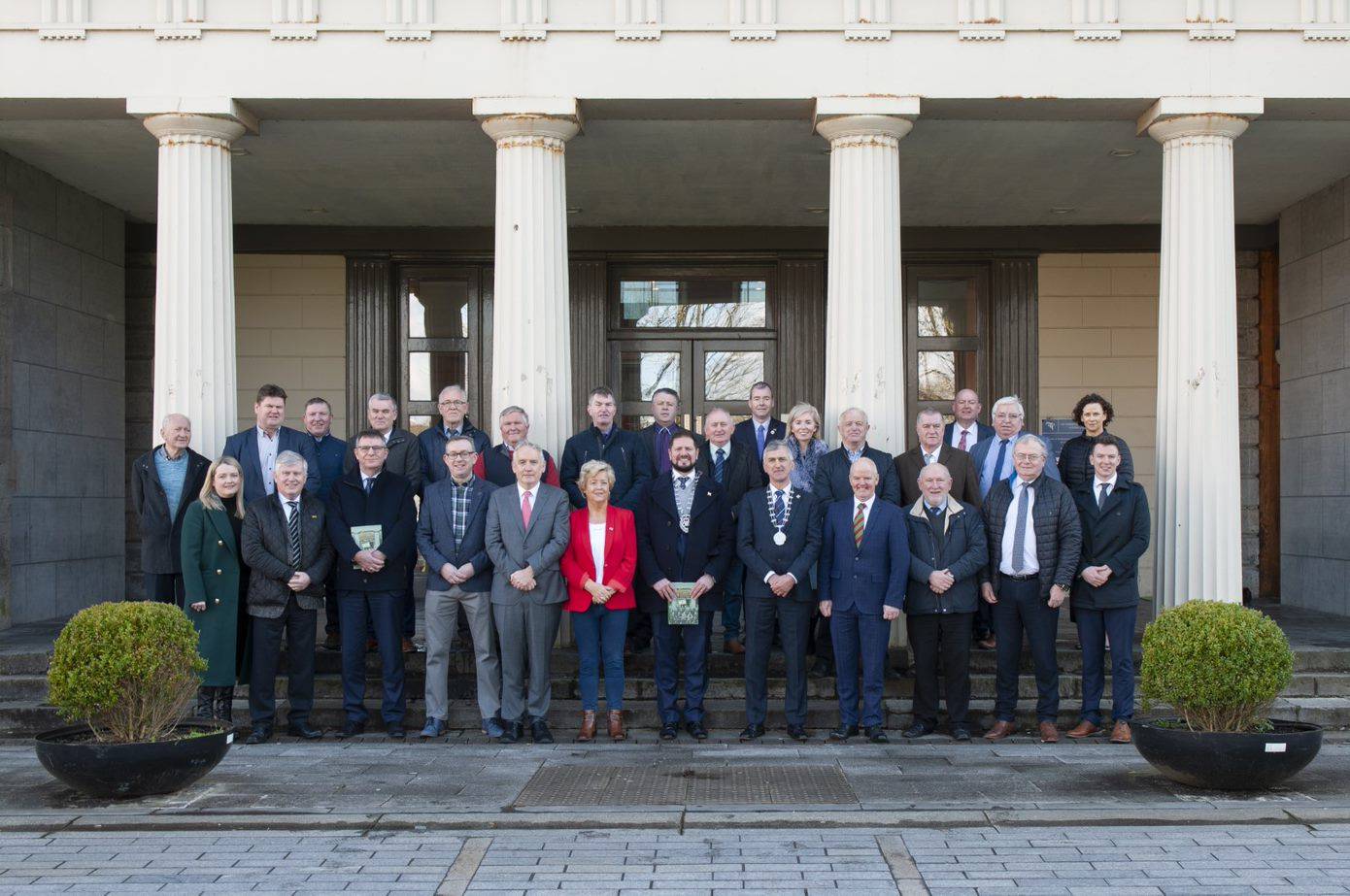 Members of Mayo County Council are pictured at Castlebar Courthouse earlier this year for the launch of ‘Rebels in the Courthouse’, a history of the council from 1920-‘25, written by James Laffey.

Mayo County Council is holding a major seminar on the Civil War on Saturday next, October 8, as part of its Decade of Centenaries Programme. This will be a day-long series of talks on various aspects of the Civil War to be held in Castlebar Courthouse.

There will be talks by historians on various aspect of the war throughout the day – the national picture, the local aspects, the role of women, reconciliation etc.

The event will be chaired by broadcaster and former senator Marie Louise O’Donnell.

The aim of the Decade of Centenaries Programme is to promote a deeper understanding of the significant events that took place during this period 1913 to 1923 and to recognise that the shared historical experience of those years gave rise to very different narratives and memories.

This seminar is an important part of that process.

Diarmuid Ferriter is Professor of Modern Irish History in UCD and a weekly columnist with The Irish Times. His most recent book Between Two Hells: The Irish Civil War is a fascinating exploration of the Civil War and its impact on Ireland and Irish politics in the following half-century, rich in insights into how women and men experienced and responded to the calamity of the split and the tawdry violence that followed.

Dominic Price is an author, historian and PhD student. His book The Flame and the Candle is the definitive account of the War of Independence and Civil War in Mayo. He is also the author of We Bled Together: Michael Collins, The Squad and the Dublin Brigade.

The final event will be a conversation between Éamon O Cuiv, grandson of Éamon de Valera and Nora Owen, grandniece of Michael Collins, which will be a hugely symbolic event as we approach the end of the Decade of Centenaries commemorations. It will be chaired by Marie Louise O’ Donnell. The seminar will be accompanied by a display of rare items relating to the Civil War, which will be on loan from the Jackie Clarke Collection. There will also be a display of publications produced in Mayo relating to the War of Independence and the Civil War.

Austin Vaughan, Mayo Decade of Centenaries coordinator, explained: “The seminar will be our major commemoration event for this year.

“A specific key objective of the Decade of Centenaries was to foster a better understanding of the events that took place during this period 2013 to 2023.

“In Mayo, a Decade of Centenaries Committee was established to develop a commemoration strategy for the period.

“Over the last ten years we have run and supported numerous events ranging from the major 1916 public commemorations, to artist residencies, podcasts, creating a website to publication of a book Rebels in the Courthouse.

“In the Jackie Clarke Collection in Ballina, we are currently running a very unique exhibition on the Civil War period. We are also digitising the council and urban council minute books for the years 1913 to ’23. And we will host a talk on ‘Burning the Big Houses’ by Professor Terence Dooley in Castlebar Library on October 21.

“Our aim was never to seek a single agreed narrative on what was a very complex part of Irish history.

“Instead, it was to find what the Government’s expert advisory group on commemorations describes as, ‘meaningful engagements with a difficult and traumatic time’. This seminar is part of that process. It will be our last Decade of Centenaries event for this year and we hope it will be a very special affair.”

The seminar is free to the public but spaces will be limited. This seminar is part of the Wild Atlantic Words Festival.

It is supported by the Department of Tourism, Culture, Arts, Gaeltacht, Sports and Media under the Decade of Centenaries 2012-2023 initiative. Mayo Co Council wishes to thank the Courts Service for their support of this event.