A new community CCTV system is up and running in Claremorris. 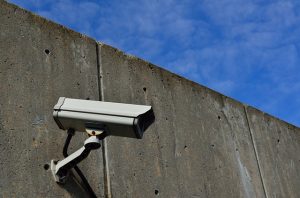 The local Chamber of Commerce said since life has started to return to normal following the Covid-19 pandemic, over the past 12 months there has been an escalation in anti-social behaviour in the town.

The group was prompted to act to try to reduce the incidents of anti-social behaviour. It joined forces with the local community and business people to try to tackle the problem.

“This committee investigated what other towns had done and decided to install a town security system similar to many other towns across the county,” said a spokesperson.

The committee reached out to local businesses to fund this installation and they responded promptly and admirably. In total, over €35,000 was raised for the project.

The system is maintained by a local security company, ETI Security Systems, and its staff are the only people who have permissible access should an issue arise. No one person has access to the camera footage at any point and the initiative is fully supported by the Gardaí and is GDPR compliant.

The system is governed by an independent board of trustees giving it full independent integrity.