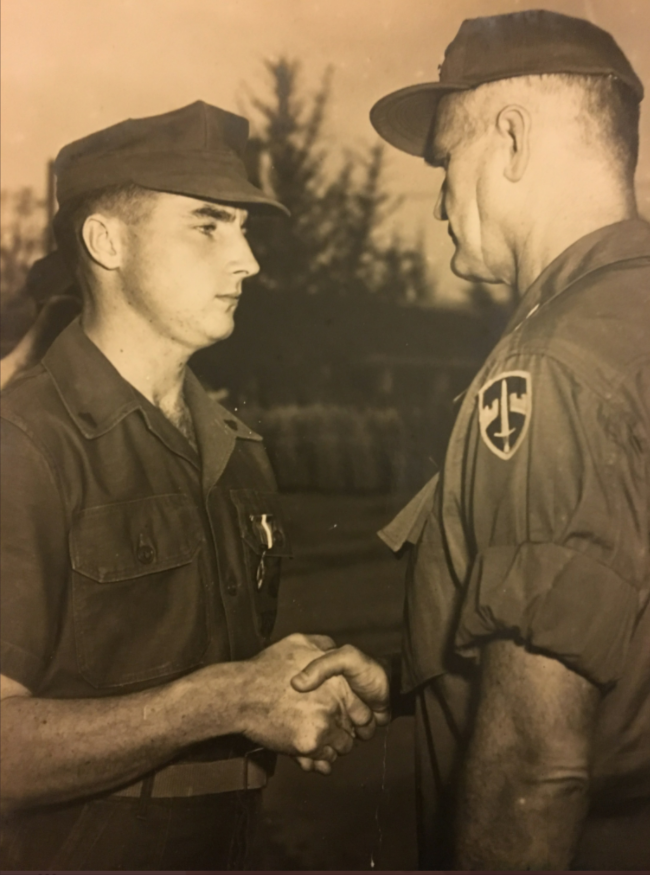 Crew members from the L.É. James Joyce docked in Portland and travelled to the shipyard where work is continuing on the US Navy Destroyer named in honour of the 23-year-old Mayo native.

The visit to Bath Iron Works was said to have been an emotional tribute and recognition of deep and long cherished links between Ireland and the USA.

A keel-laying ceremony took place in April for the ship named in honour of the Mayo man, from Derrintogher near Ballyhaunis, who died in the Vietnam War.

In 1962, Patrick went to stay with his aunt in New York, got a job in property and started law school. However, he later joined the Marine Corps and soon found himself in Vietnam.

On July 18, 1966, Patrick saved the lives of three comrades, for which he was awarded the Navy Cross, the US navy’s highest honour. He is said to have ‘selflessly’ thrown his body on an incoming grenade, shielding his fellow marines.

In Ballyhaunis, plans were laid for his homecoming but on the day he was due home they buried him instead.