Mayo bookshop longlisted for 2022 An Post Bookshop of the Year

A Mayo bookshop is one of 12 nationally longlisted in the 2022 An Post Bookshop of the Year. There are four Connacht based businesses in this year’s longlist.

The annual literary event celebrates and promotes Irish writing and authors to the widest range of readers possible.

The ‘An Post Bookshop of the Year’ category was introduced last year to acknowledge the significant role played by independent bookshops and local branches of bookshop chains in helping their local communities to find and savour the titles of their choice. Kenny’s Bookshop in Galway was crowned the overall winner in 2021.

Tertulia Bookshop located at the Quays in Westport is the Mayo finalist. 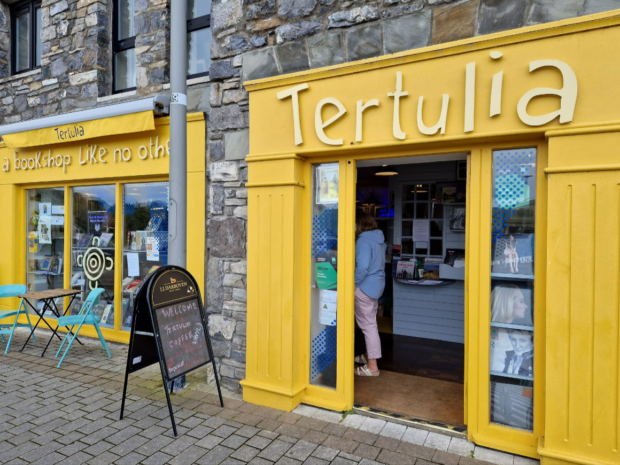 There are two Galway Bookshops on the list – Charlie Byrne’s Bookshop, Middle Street, Galway and Books at One Letterfrack in Connemara

Liber Bookshop in Sligo is also one of the 12 finalists.

Customers were asked to vote for their favourite bookshops and to explain the reason for their choice. The bookshops that received the most votes were then longlisted and invited by the judges to enter a written submission.

Mystery shoppers will now visit the twelve bookshops as part of the judging process to establish the shortlist of six bookshops. The shortlist will be officially announced on Thursday, October 20.

The overall winner of the ‘An Post Bookshop of the Year’ category will then be announced at the An Post Irish Book Awards event on Wednesday, November 23. The winner will receive a trophy along with a prize worth €5,000 from An Post Commerce.