Street corner in New York is named after genial Jimmy

Tubbercurry-born restauranteur Jimmy Neary, a much-loved and charismatic feature of New York life, was recently honoured by having a street corner named after him. 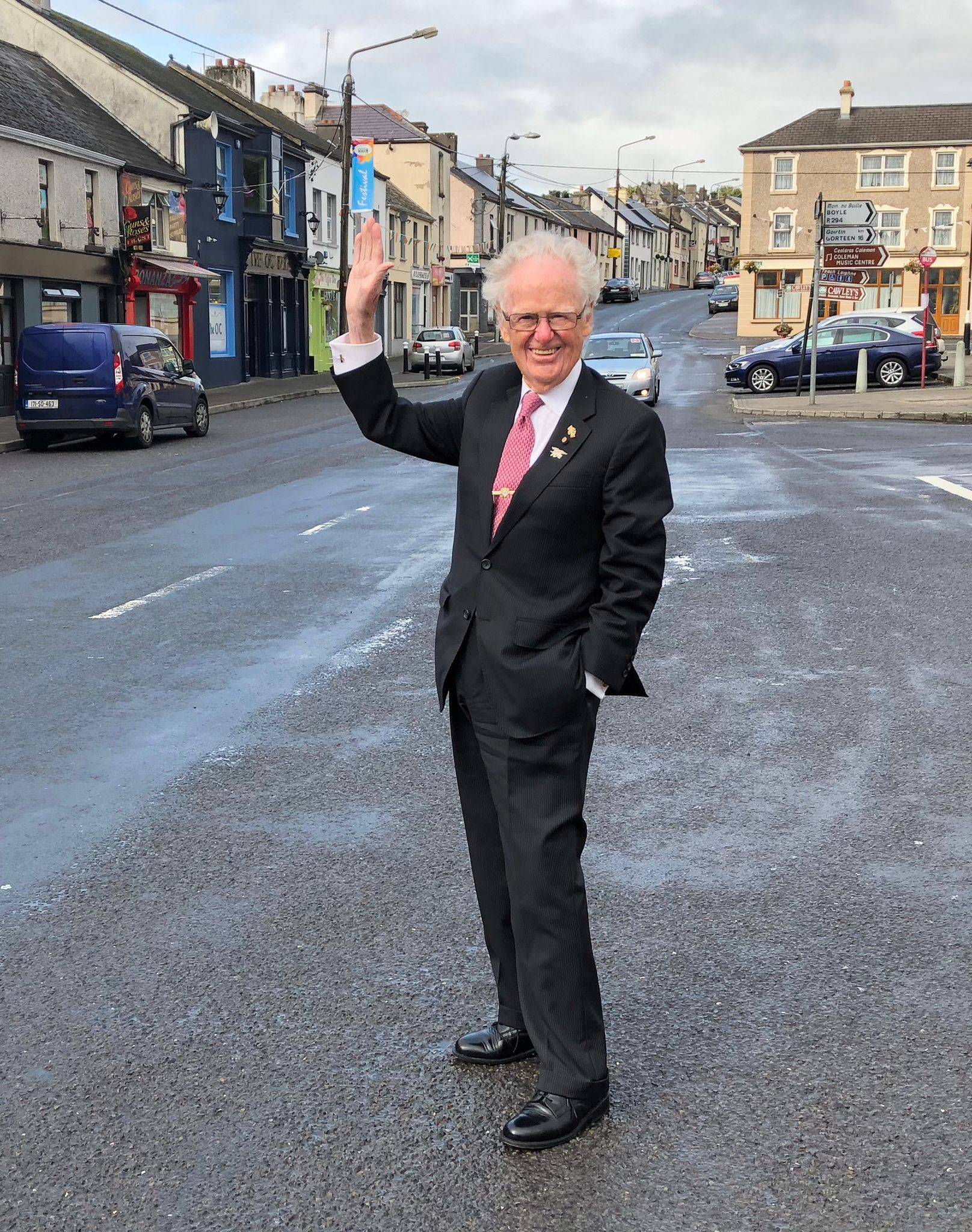 A beaming Jimmy Neary on a visit to his native Tubbercurry

The father of four, who died in his sleep on October 1, 2021, aged 91, was the epitome of the American Dream, and on September 14 last, a special ceremony was held on what would have been his birthday. The popular business owner was very proud of his Tubbercurry roots and his car’s licence plate had ‘Sligo’ emblazoned on it.

‘Jimmy Neary Way’, which is at the intersection of 57th Street and 1st Avenue, was unveiled with a dedication speech by former New York mayor and close friend Michael Bloomberg. 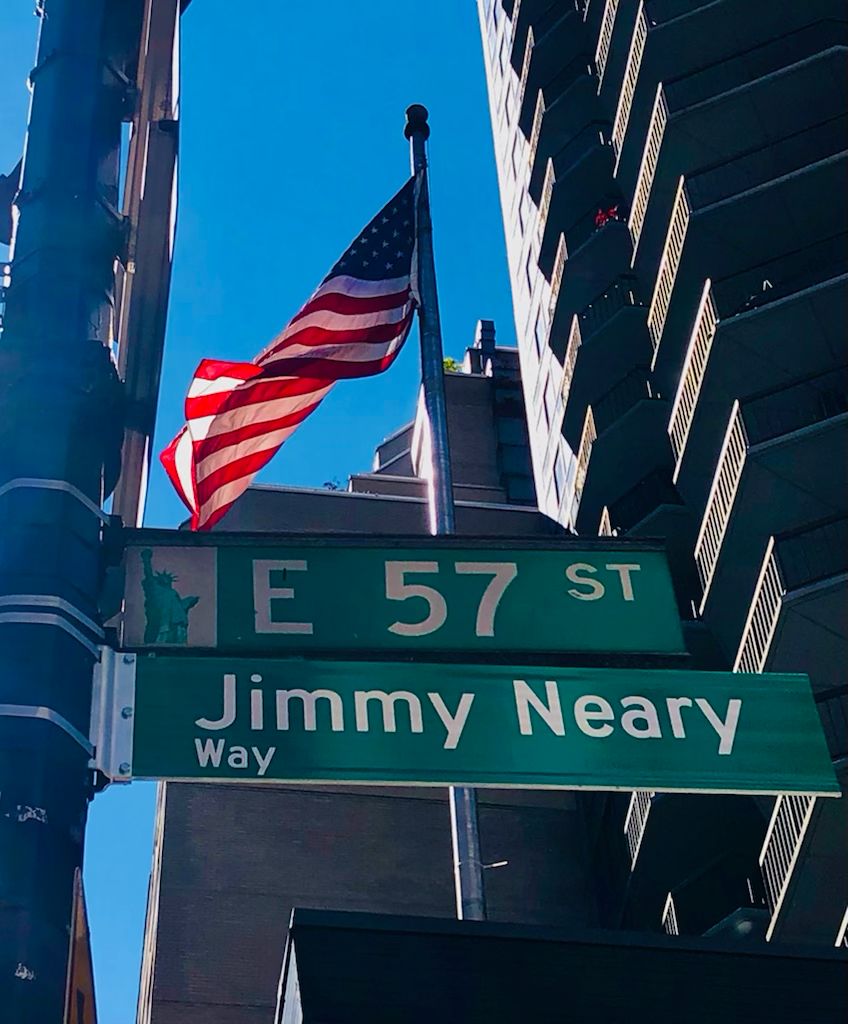 ‘Jimmy Neary Way’, which is at the intersection of 57th Street and 1st Avenue, was unveiled with a dedication speech by former New York mayor and close friend Michael Bloomberg.

During the ceremony, daughter Una was presented with a letter of congratulations from former US President Bill Clinton.

“It was honestly one of the greatest gifts that New York City could give to my father, to thank him for everything he did for this city and the community at large,” she said. “I’m sure my dad is smiling ear-to-ear in Heaven, he was on that street every single day greeting people inside the restaurant and outside the restaurant. 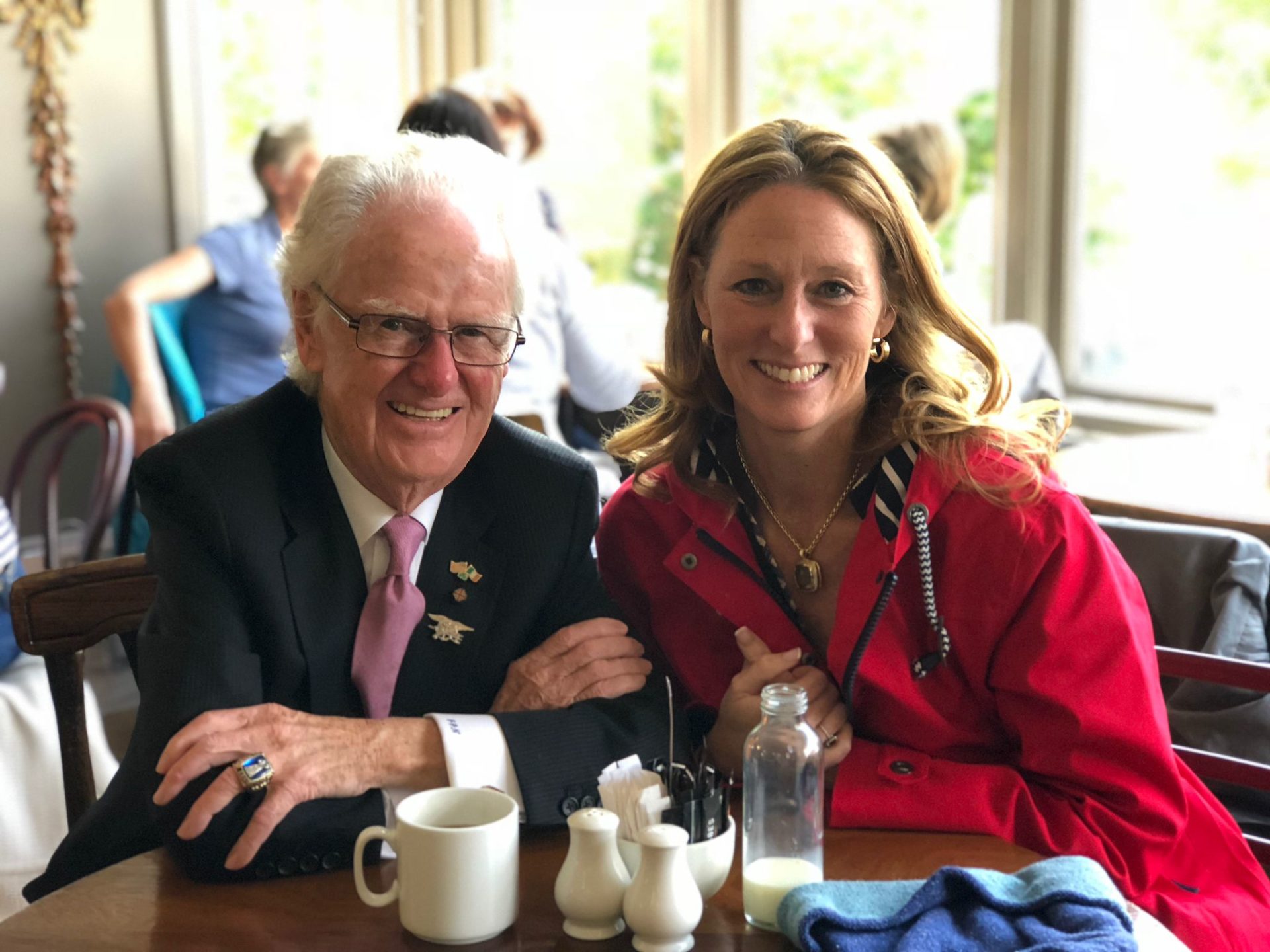 The late Jimmy Neary pictured with his daughter Una

“He was quite an extraordinary human being and everybody who had the opportunity to meet him and know him just loved him and he loved them.

“My dad worked until he was 91, until Covid we were open every day for breakfast, lunch and dinner and he was there literally seven days a week.”

Jimmy boarded a ship from Ireland as a young man in 1954 after he purchased his ticket from the proceeds of the sale of 14 lambs at the August fair in Tubbercurry.

He served in the US Army before opening his own restaurant, Neary’s, on St Patrick’s Day in 1967, which became a New York institution for 55 years.

Una, who now runs the business, worked part-time alongside her dad from the age of 12 for over four decades.

“He was a great storyteller and always positive. Everyone, even from a young age, wanted to be around my father.

“It didn’t matter if you were a president, a governor, a mayor, a TV celebrity or the doorman next door you were all the same to my father, you were just a wonderful person that he wanted to spend time with.”

Jimmy had two brothers based at home in Tubbercurry, Paddy who owned a grocery store come pub named PJ Neary’s while Micheál was a farmer. 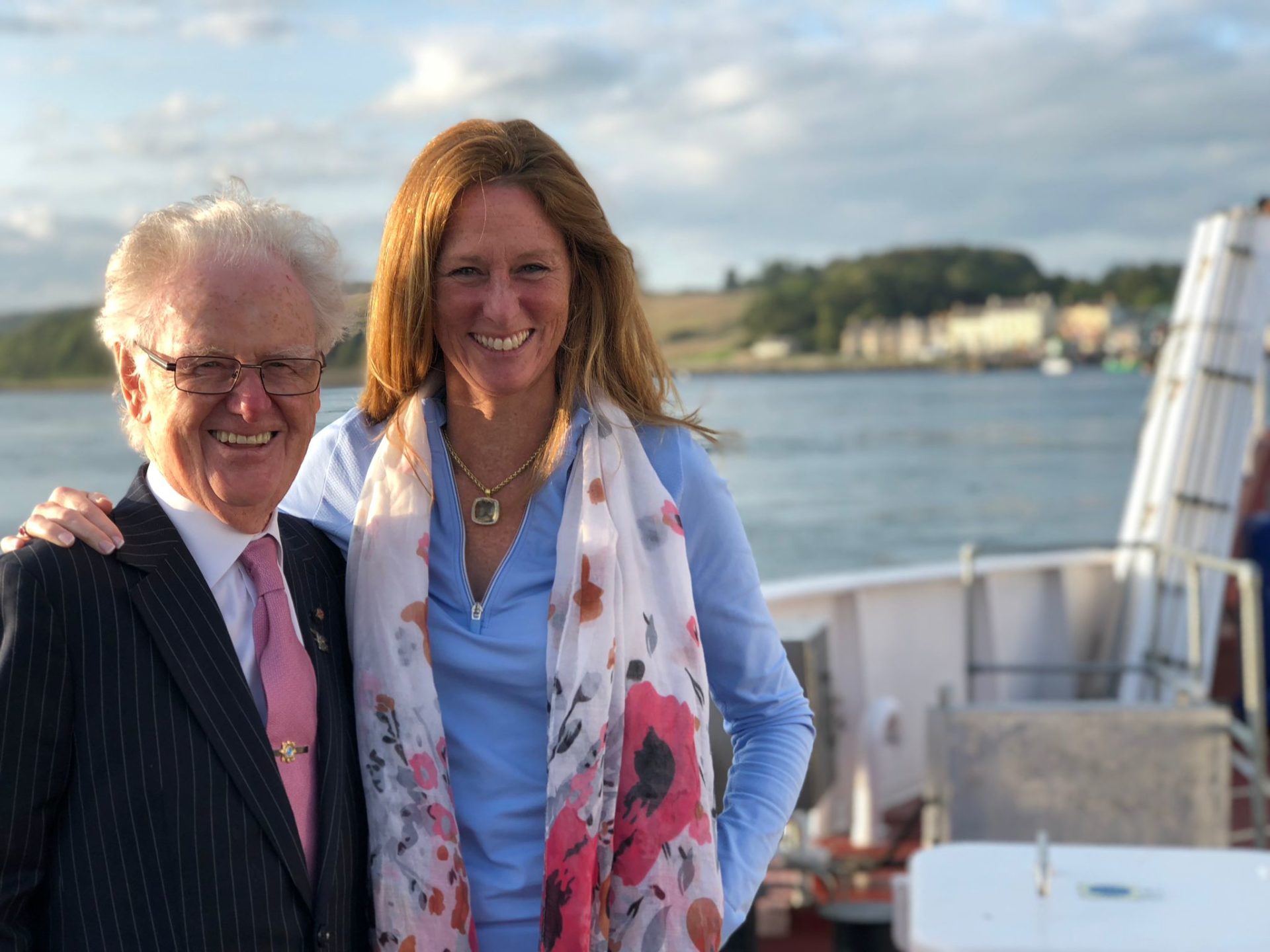 Una, who now runs the business, worked part-time alongside her dad from the age of 12 for over four decades.

Una said her dad’s strong Catholic faith gave him a solid grounding and he went to Mass every single day and regularly travelled home.

“There’s four of us [siblings Patrick, Ann-Marie and Eileen] and we used to spend our summers in Ireland.

“We’d go to Dublin and spend a few weeks with my mom’s [Eileen] side of the family and then spend about three weeks in Tubbercurry.”

Jimmy accompanied then Mayor Bloomberg back home on a private jet in 1992 for the dedication of a special monument to Sligo native General Michael Corcoran, who led the Fighting 69th Regiment during the American Civil War.

“It was a flying visit but when the dedication and Mayor Bloomberg surprised dad by bringing him to his home village in Tubbercurry and they walked around the town square.

“As mayor Bloomberg tells it all these fleet of SUVs pull into the Tubbercurry and lots of the people who were older had never seen an SUV, never mind a fleet of them.

“So, everyone in the local shops are coming out to look, ‘Who is coming into this town’ and out pops dad on one side of the car and on the other side is mayor Bloomberg.”

Una, who lived in an adjoining apartment to Jimmy was in the restaurant his last night September 30, 2021, before he died and his last words to her were, as always, ‘Una, love you and thank you for a great day’.

“That’s how he felt about every single day.”

“He has left an amazing legacy for the Irish,” said Una. “He worked hard for it, nothing came easy to him but he loved it and he just embraced every opportunity he had.”