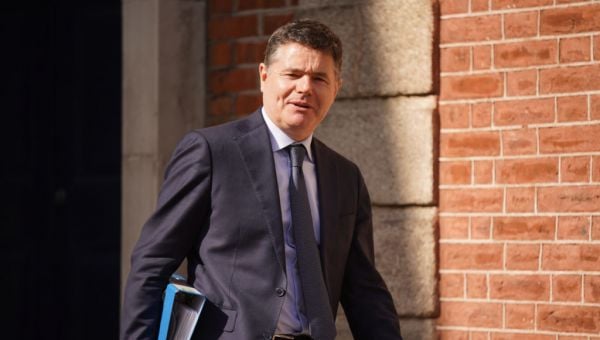 The Government leaders are meeting on Monday to finalise energy supports for businesses, the total increase in social welfare payments and a childcare scheme ahead of Tuesday’s budget.

A 25 per cent reduction in childcare costs has been agreed for 2023 and will form a central plank of the €10 billion budget.

Minister for Children Roderic O’Gorman succeeded in his bid to secure the money which will see monthly childcare costs fall on average by €200 per family, according to the Irish Examiner.

The intention from Mr O’Gorman is that the maximum cut to annual childcare fees will be €2,100, sources told The Irish Times.

Mr O’Gorman has signalled that the cost of childcare will come down by an average of 50 per cent over two years.

There will also be a one off €500 payment to carers and those with disabilities in the budget, along with a significant rise to the point at which people pay the higher rate of tax.

According to Newstalk, the entry point for the higher rate of income tax will be raised to €40,000, which will benefit workers by €800 a year. Currently the 40 per cent rate kicks in on income above €36,800.

The Help to Buy Scheme for first time buyers will be extended for a further two years after final talks, while the reduced VAT rate for tourism of 9 per cent will be allowed to expire early next year.

Talks between the three coalition leaders went on well into Sunday night with sources stating that 95 per cent of budget measures have now been agreed.

However, the full details of an energy support package for small and medium-sized businesses have yet to be signed off.

The cost-of-living measure will provide payments based on a comparison of energy bills paid in 2021 with the amount businesses are now being charged. It is expected that this energy rebate will be paid out a number of times this year and next but will be time-limited to six months.

A tax credit to support renters was also on the agenda of Monday morning’s meeting.

While across-the-board increases to all social welfare payments are expected, the leaders have yet to settle on the exact figure. It is understood that an increase somewhere between €10 and €15 per week is being discussed.

Agreement was reached at a meeting of the three party leaders in Government with Minister for Finance Paschal Donohoe and Minister for Public Expenditure Michael McGrath.